Cosy nook for the bed

Dear John and Sherry Petersik,
If you ever need a housesitter, call me. ~ Jules

Sherry says, “Back in January we used a pair of Pax wardrobes (along with the customizable Komplement interior fittings) to create to ‘built-in’ closest in our bedroom. When we first installed them they looked pretty ghetto… and a bit too Ikea. But with a little effort, we persevered and pimped them out to look like an expensive custom built-in. 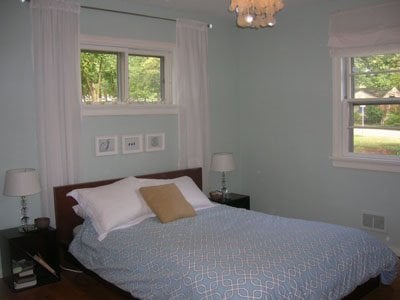 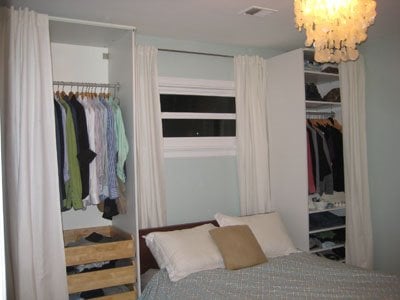 All it took were some curtains (also from Ikea) instead of doors, some baseboard installed as crown molding to bridge the gap between the top of the wardrobes and the ceiling, and a wooden header to make ’em look a lot less like doorless Ikea wardrobes and a lot more like a soft and cozy sleeping nook that just happened to triple our closet space.” 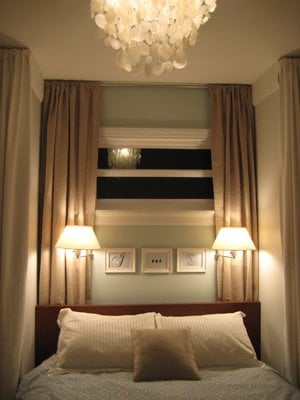 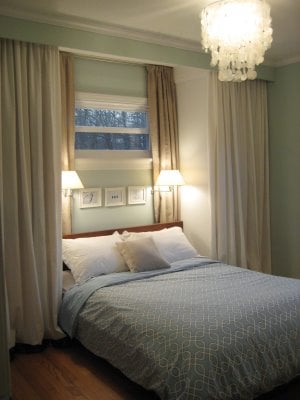 Check out the full bedroom makeover here and whatever you do, don’t miss their house tour. It’s so so awesome.