She says, “Originally, the litter box was in our spare bedroom, but a visit from my out of town parents prompted me to build/hack a litter box enclosure that could be placed in another part of the house. We have two large kitties (Stardust and Thor), so we needed something with lots of space. I decided to go with the Varde sink cabinet with countertop.

The kitties enter though the cat flap on the side of the cabinet, walk through an “entry” area lined with a litter mat, and do their business in a large tub. 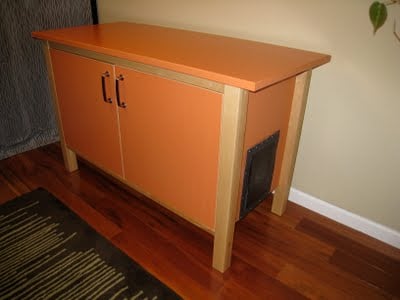 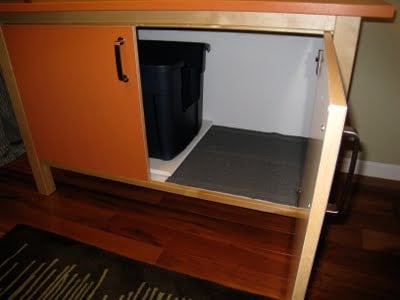 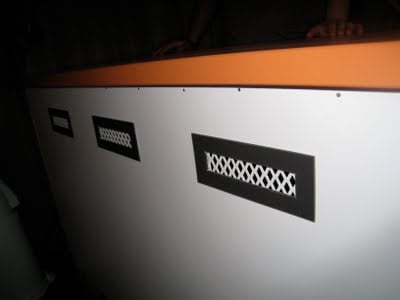 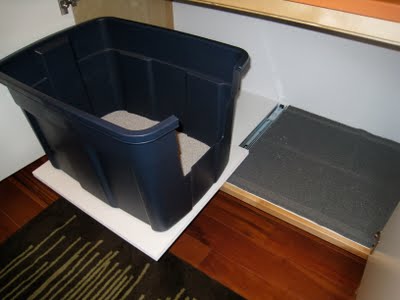 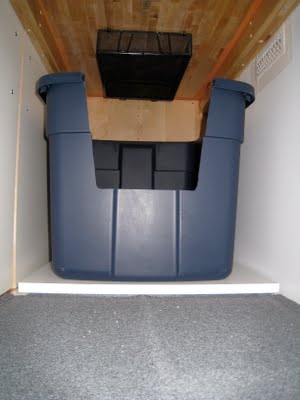 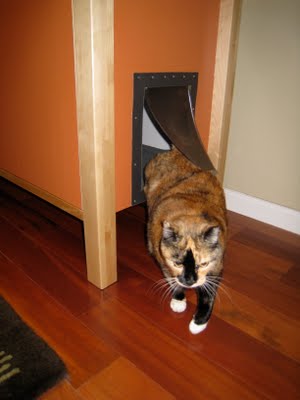 Instead of installing an entire pet door, I bought a replacement flap and secured it with wood screws. I put a border around the flap to conceal some not-so-straight jigsaw work and to make it look a little more like a door. I used industrial strength Velcro to secure the box to a piece of plastic coated particle board, which I then mounted on drawer slides. The box slides out for easy scooping, and because it’s attached with Velcro, it can be detached from the board for thorough cleaning when necessary. I also cut out three rear vents on the back of the cabinet for ventilation. In addition, I installed two mesh trays for storage – one above the box and one above the litter mat. The tray above the box holds a carbon filter for absorbing odors and the one above the litter mat holds a small hand held brush and dustpan for cleaning up litter.

Overall, I’m very satisfied with how this turned out – litter tracking is mostly contained in the cabinet and odor is pretty non-existent. The kitties love their private and spacious litter box too!”