Jules Yap·January 11, 2010
Dining
·6 Comments·1 min read
Glyn and wife send me two hack. This is the first: a dresser for their dining room and it’s so thoroughly disguised. I would never have thought this cottage chic dresser was previously an Ikea vanilla Billy.

My wife and I are real Ikea enthusiasts. We wanted some sort of dresser for our dining room and didn’t want to pay dresser prices. So we had a go at creating one on a shoe-string budget. First of all we took a plain white Billy shelf and cut it in half. We then had a spare Pax wardrobe top which we got from the Ikea’s bargain basement and fixed that in the middle. 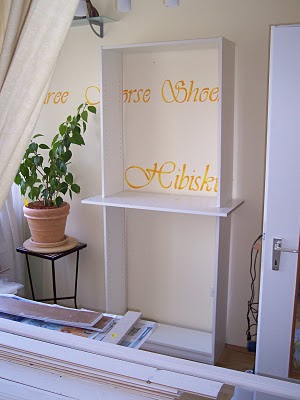 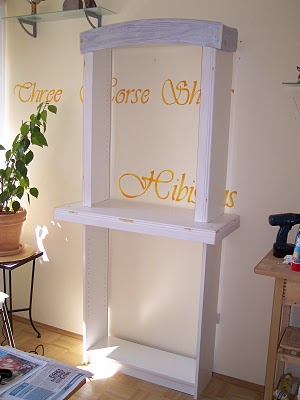 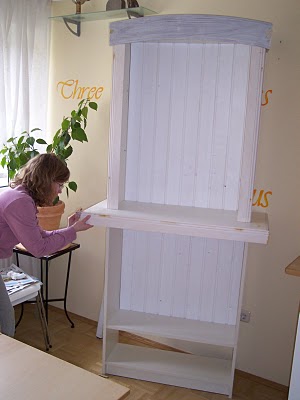 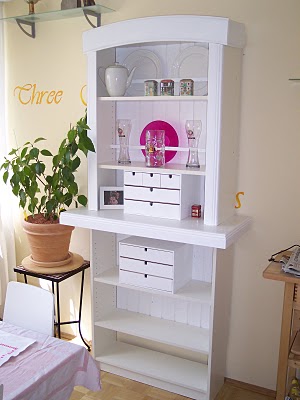 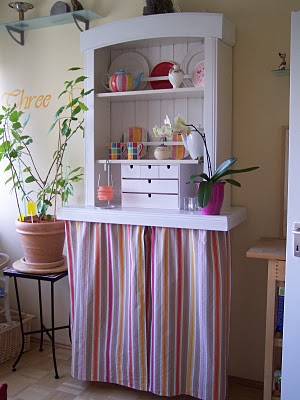 For the back we’ve used some tongue and grove panelling. For the side borders we’ve used some skirting board which we got from the local DIY center. We also got some wood lengths to use them as “plate holders”. The top border was some part of an Ikea bed head (also found in bargain basement). It had the ideal shape for what we had in mind and had to come with us.

All plain wooden items we’ve painted with some white base coat in order to give it a bit of a used look. Also the curtains are made from Ikea fabric.”

Voting to end soon!
I forgot to mention that voting for the Ikea Hack of 2009 ends on Jan 15. So, get clicky if you haven’t.

And the polls so far … it’s a battle that may just get wild.

The Hamster Haven is leading with 22% of votes, with the Chicken Home coming in a strong second at 21%. Trailing in third place is John’s Expedit Room divider (18%). Who will win? You decide. Vote now.