I’m loving what Jeff in LA did with the Lack shelving unit. The sliding doors and hairpin legs are just perfect. 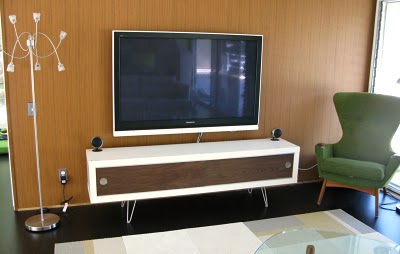 He says, “After discovering your site and seeing some of the other lack media cabinet hacks, I thought I’d send some photos of my own. Yeah, I know, I need to do something to hide those wires between the TV and the cabinet.

Tools:
A jigsaw
A utility knife

It was pretty straightforward.  I cut the aluminum slider channel into two sections matching the interior length of the cabinet, and screwed them in.  I measured and cut my plywood into two long doors, then cut the walnut veneer into matching sheets, but slightly oversized.  I sprayed adhesive on the plywood and the back of the veneer, then stuck them together and trimmed the excess veneer off the edges.  I rubbed them with Watco danish oil and lightly sanded them with very fine sandpaper to give them the rich color.  Using the jigsaw, I cut 2-inch holes in the door panels and pressed in the circular handles, securing them on the backside with a glue gun (I could have used the tiny nails that came with the handles). 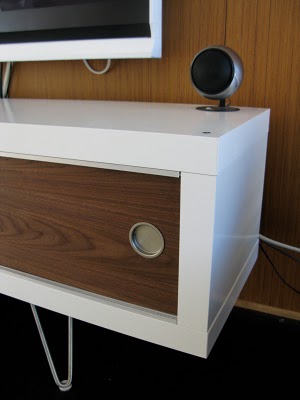 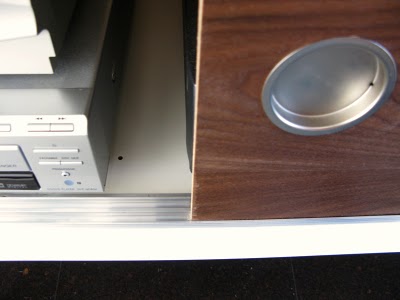 Usually, the slider rails are sold as separate upper and lower guides where the upper guide is twice as deep, allowing you to make shorter doors that can be lifted up and out for removal.   But I wanted the aluminum rail to be as low-profile and invisible as possible, so I used the shallower lower guide for both top and bottom. Plus, I was a cheap bastard and this saved me from having to spend another $35 for another 12-foot aluminum track.  So these doors cannot be lifted out for removal.  I loosened the screws on the lack cabinet, fit the doors in, then re-tightened the screws.

One snag was that my sheets of plywood were just thin enough to fit in the slider channels *before* applying the veneer, so with the veneer on they were too thick and snug to slide easily.  So I had to spend some time sanding the edges on the back side of the doors to thin them up.  In retrospect, I should have just bought some even thinner (maybe 1/8″) board.” 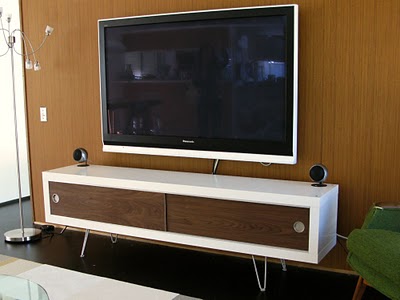