Creaky beds are no fun. So Ben cranks up the cables on the Stora and stops the squeaks.

Ben says, “My son has a Stora loft bed.  We like it, especially as he has high ceilings in his room.  However, even after tightening up the bolts several times, the frame still creaked and moved too much for my liking.  I thought about lag bolting part of the frame to the wall, but that seemed to be painful. 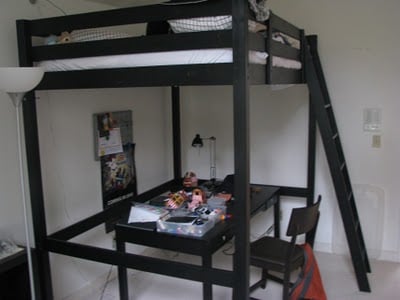 Here it is, all cabled up: 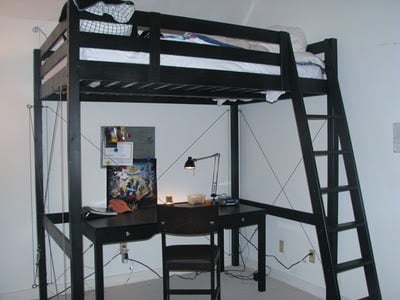 I decided to put in some cross bracing, but didn’t want to put in some wood diagonals.  My father suggested some cable cross bracing, so I gave it a try.  I went a bit overboard and got stainless steel cable for the looks. Originally I was going to put in lag eyes to thread the cable through, but I decided for the back to go with through bolts – I found 3/8″ stainless steel ones at home depot with bolts to match, as well as the turnbuckles to tighten the cable. 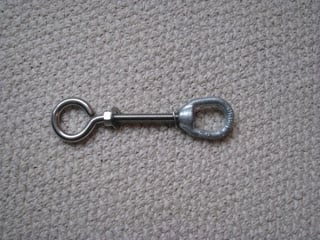 I went on webriggingsupply.com to buy the cable because I didn’t like the options at Home Depot or Lowes. I bought Type 304 very flexible Stainless Steel Aircraft Cable from there (if it’s called aircraft cable why does it say it’s not for aircraft?).  I also bought “eye nuts,” from there, which thread on the other end of the through bolts and let me thread the cable on the inside, and copper duplex sleeves and stops to use on the cable.

,” is an expensive piece of equipment most places, which allows you to squeeze the sleeves to make them tighten around the cable to form loops.

I was lucky to find one for about 30 bucks at Lowes, about half the price of the other places.  For the front posts (the ladder side) I bought stainless steel eyes, again from Home Depot.  I then threaded the cable around. Instead of having four pieces of cable and two turnbuckles for each “X,” I decided to try running the cable up one post, diagonally to the other post, up the other post, and then diagonally down, with a turnbuckle in between. 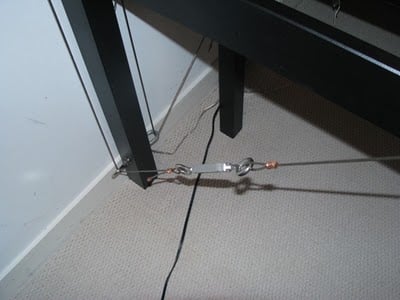 Close up of the turnbuckle with copper duplex sleeves 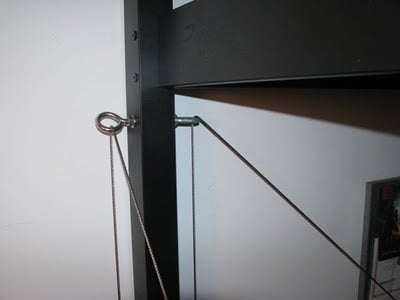 There is minimal slippage of cable in the eyes, and this works great – the bed frame is much stiffer and hardly creaks when he goes to bed anymore. 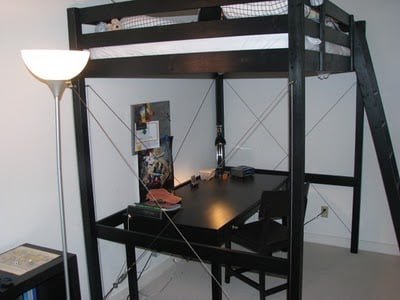 FYI, that’s a Gustav desk under the loft bed that my brother-in-law didn’t want.”