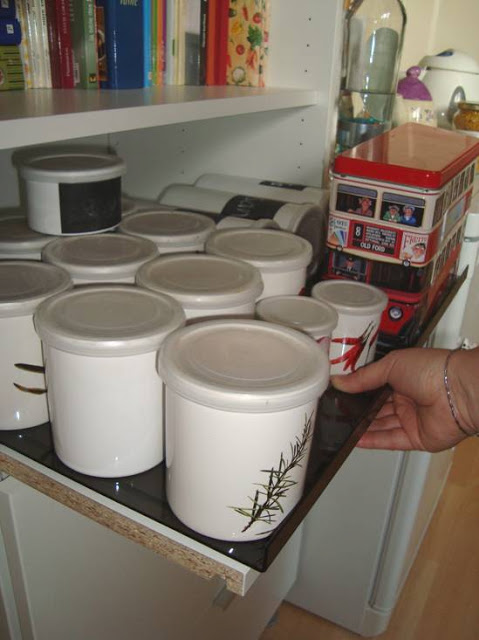 Description: I changed recently my kitchen cupboard opting for Besta. I had jars/boxes I wanted to show but there were a lot of them. During my 54 412 555th visit my Ikea store, I saw the Inreda magazine shelf (which exist in aluminium or plastic) and this made a bell ring in my brain.

Back home, I put it on a Besta shelf, put my jars on, pull and all was perfectly sliding.

As I wanted it on a shelf put above a space closed by a Vara door, I added a shelf directly on the fixed first shelf. Inreda went onto it and ‘clipped’ on it at the back. 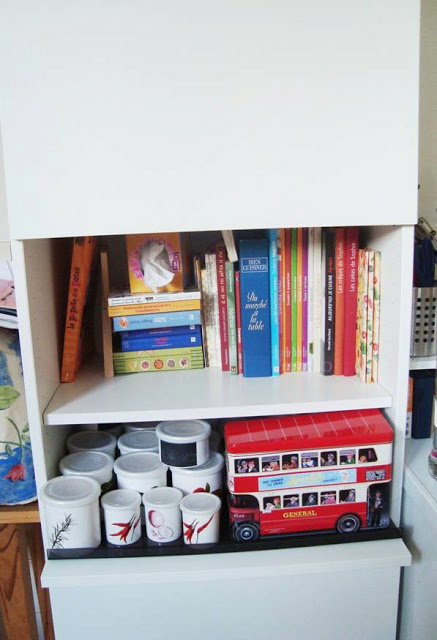 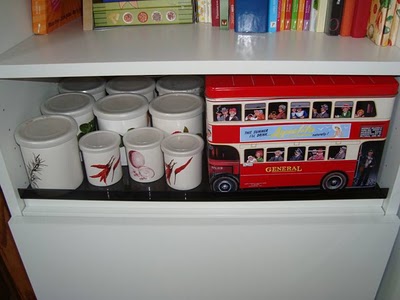 When I pull the Inreda plastic shelf the wood shelf slide with it. This is heavier but also gives more support. If there is no double ‘shelving’, the Inreda will clip in the fixed shelf and you won’t be able to make it slide.

You can also do this hack onto an open shelf (with no space closed by a door below). Inreda won’t ‘clip’ at the back of the shelf as there is no space left, so Inreda will be elevated of some millimeters at the back but this won’t prevent it to slide correctly (see drawing). 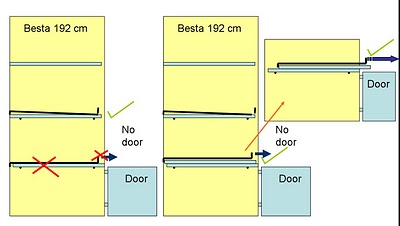 The Inreda magazine shelf exists in aluminium which is stronger to hold jars but can scratch the shelf below.

N.B.: note you have to hold the shelf when you slide it and take sthg with the other hand. It won’t stand by itself.