Turn your studio apartment into a 1 bedroom with PAX 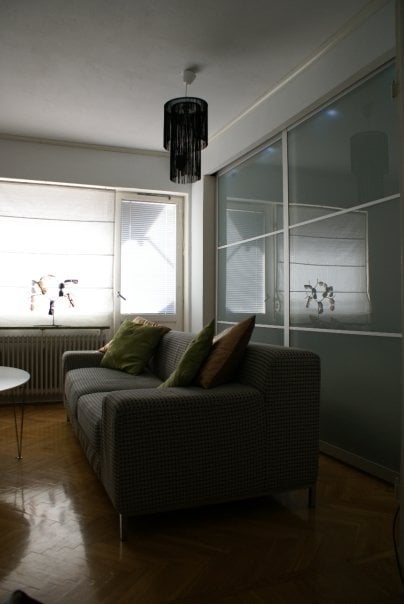 Description: My girlfriend and I bought and moved into our first apartment, with a tight budget we couldn’t afford anything bigger then a studio apartment. 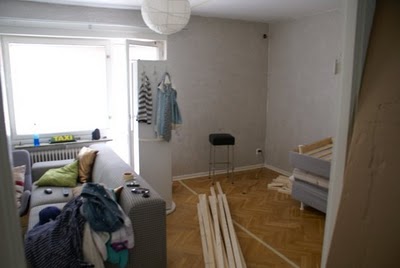 I can’t imagine anyone wanting to have their bed in their living room, so we started to brainstorm. We discussed ever type of foldaway bed and room divider. Then we found IKEA’s PAX sliding cupboard doors.

We bought the biggest we could find in light aluminum and frosted glass.

We measured the size of our Ikea beds and marked off the new room so it would fit our bed and some clothing space tightly in order to save as much space in the living room as possible.

I whipped up 2 wooden frames and mounted them to the ceiling, walls and floor. I then mounted the PAX doors and tidied up the frame. 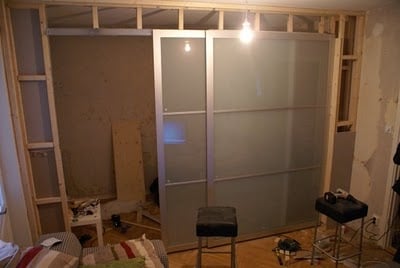 I installed four IKEA LED (color changing) spots in the frame so it would light up the frosted glass.

We finished up our new bedroom with some LACK shelves and a little art work. 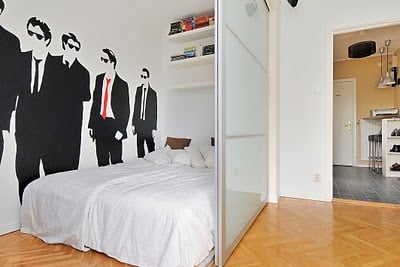 In the meantime we mounted 6 IKEA kitchen cupboards over the TV in the living room and integrated the TV and PC cables into the wall so we could tidily hide the Stereo and PC in the cupboards with no exposed wires. We then mounted the surround sound speakers underneath the cupboard. 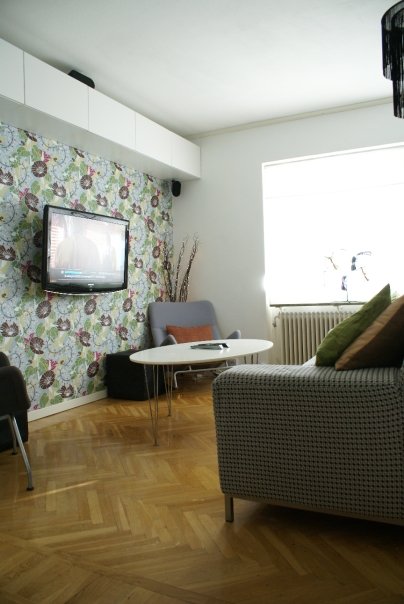 This was my first ever renovation at the age of 22, by myself. So if you have a small apartment and a lot of tolerance it’s not that hard or expensive to turn your studio apartment into a 1 bedroom apartment.

By popular demand, thedesignguy sent me more photos. Some work in progress pics and 2 more finished views. Hope they give you a bit more of an understanding of how it all came together. ~ Jules 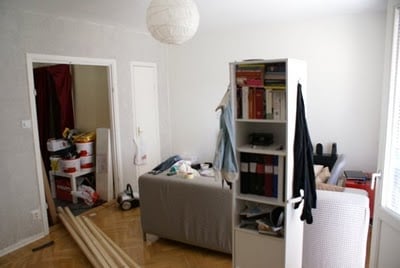 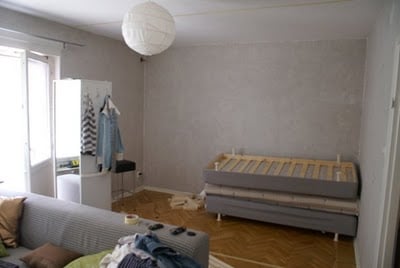 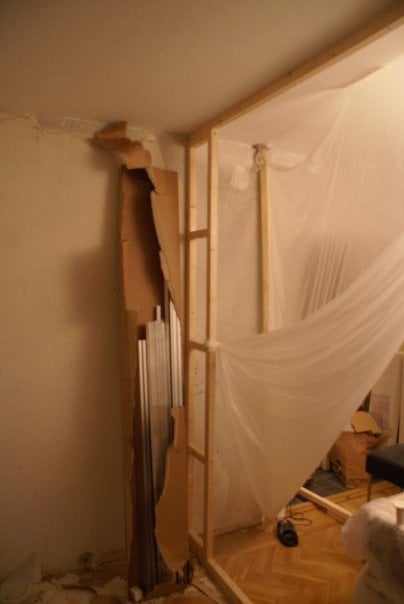 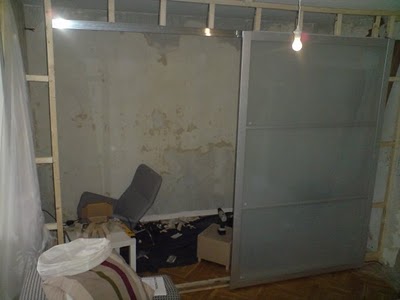 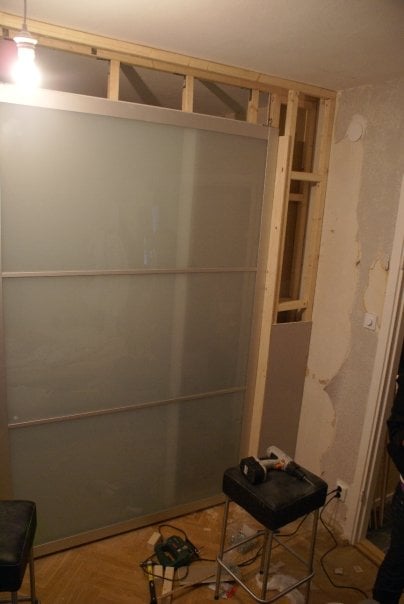 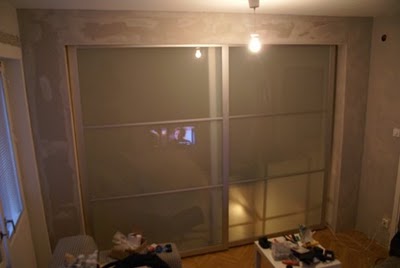 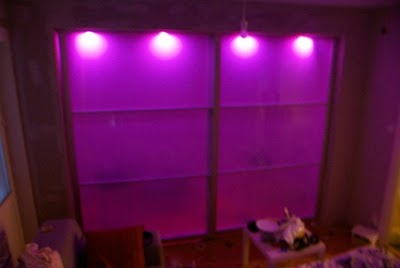 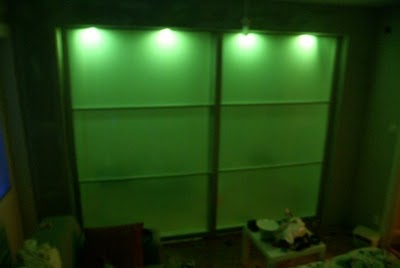 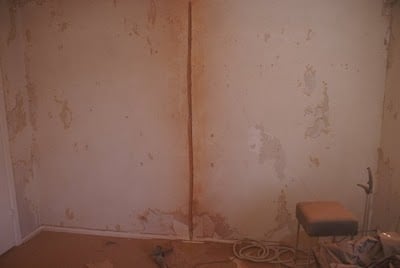 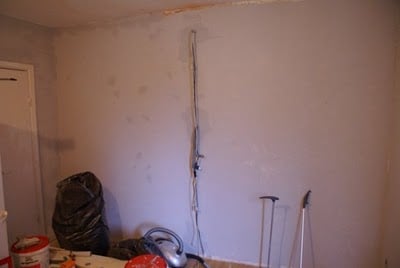 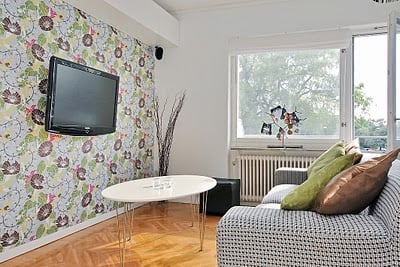 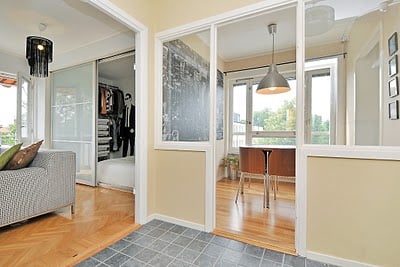