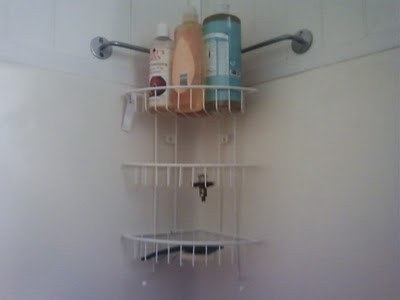 Description: Not really a hack, more of a Hackea, I used to have one of those cool shelves in the corner of my shower on an extension pole. But it was getting rusty. Leaving rust on the soap. Not wanting to replace it with something that would rust out again in 5-6 years, I started searching for a replacement. I found this corner shelf at Ikea, but had no idea how to hang it. I tried hanging it with those 3M Command hooks

, but the weight was too much when the shelf was loaded. Then I thought about the Bygel rail system at Ikea. I use it in my other bathroom. But they don’t make a Bygel to go around corners. But not deterred, I bought one rail, bent it 45 degrees around a pipe, and hung it on the wall above the fibreglass wall of my tub/shower. Add a couple of “S” hooks, problem solved! 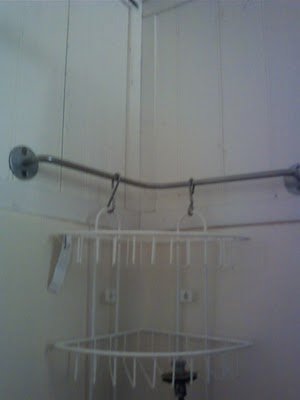