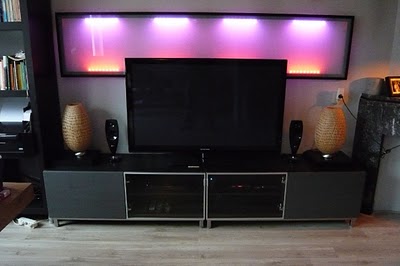 Description: I have always been a big fan of mood lighting and the low cost of IKEA lamps has allowed me to experiment with creating the perfect balance of functional and mood light.

So I decided to make a light panel for my recently purchased toy, a large plasma TV.

I had two packs of DIODER coloured led lights from some previous experiments, and set off to IKEA to find a glass panel door. I wanted a frosted glass panel as I figured this would diffuse the rather harsh lighting of the DIODER led’s.

I picked up a slightly damaged Pax Fevik wardrobe door of 2.29m for 29,95 euro (less than half price!) and set off home.

The challenge was finding a way to hang the door without showing any hooks or wires. After visiting a few hardware stores for inspiration I came up with a simple solution. I mounted two small wooden blocks on the inside of the doorframe, just below the top edge of the frame. 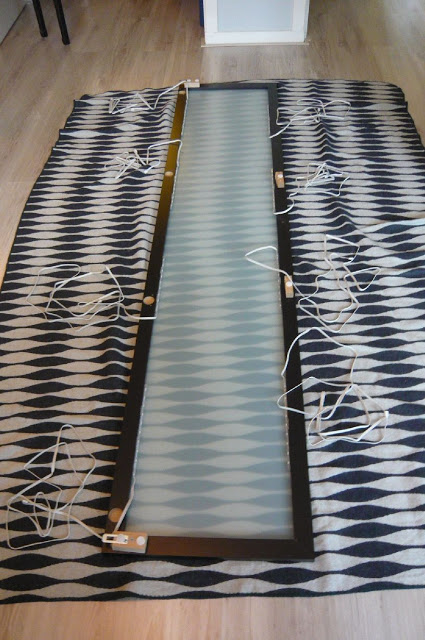 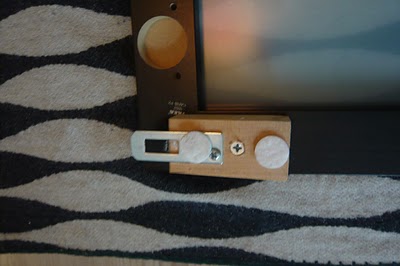 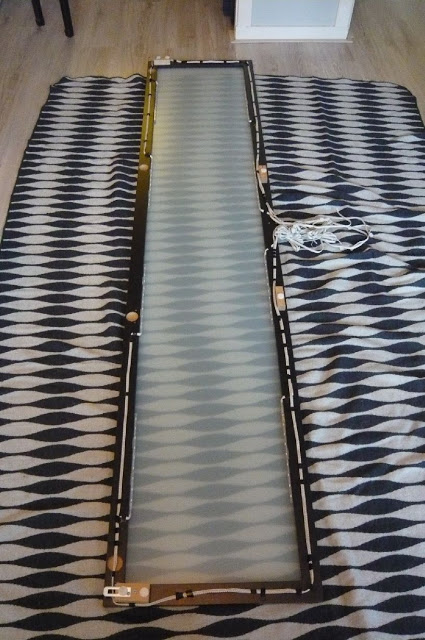 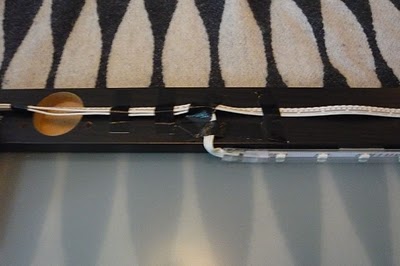 The blocks are about 4 cm thick, creating some distance between the door and the wall, allowing the light to be diffused along the edges on the wall as well.

I had to find the right length of screws that would go thought the blocks and into the frame, but not show on the outside. The door weighs 15 kilos so I used three screws per block to attach it to the frame.

Once the wooden blocks were in place, I attached a simple hook used to hang heavy paintings to each one. I drilled two holes in the wall above my TV, inserted a plug and screw in each, and voilÃ !

Now I attached two more little wooden blocks to the bottom part of the frame to ensure that the distance from the wall was equal on the top and the bottom of the frame. For good order I used a couple of IKEA stick-on floor protectors on the wooden blocks so that they would not damage the wall.

Next I attached four DIODER light strips to the top of the door, and four to the bottom, using the sticking pads supplied with them. It takes some measuring to find the best spacing between them allowing for optimal light coverage within the panel.

Then came the task of making running the wires along the back side of the panel. I used little strips of black duct tape to stick the wires to the backside to make them invisible. That took about 1.5 hours, as you have to use enough tape so that it won’t come loose in a couple of days….I led all the wires to the bottom of the frame where they exited in the middle.

Fortunately I didn’t have to worry about hiding the wires at their exit point, as my TV covers this bit.

The final result was even better than anticipated!