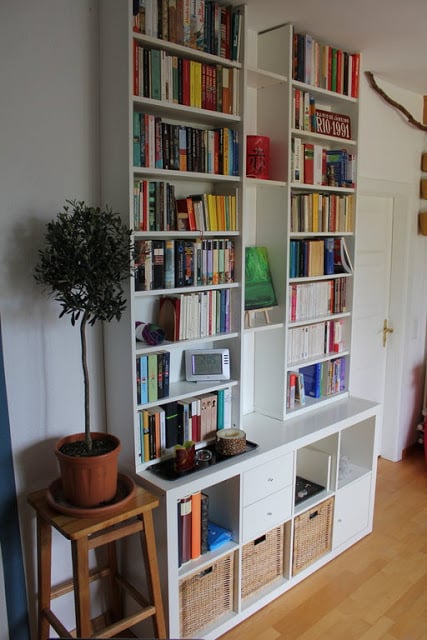 Description: We decided to move around the furniture in our living room, to get more space around the couch. We ended up with the Expedit and the two Besta bookshelves, which didn’t really fit together, because of the different high and depth.

So we had the idea to put the Bestas on top of the Expedit. We only needed to remove the top of the shelves since it did not fit underneath the ceiling.
And we fixed the Bestas to the wall by using the attachments provided with the IKEA kitchen Faktum cabinets. 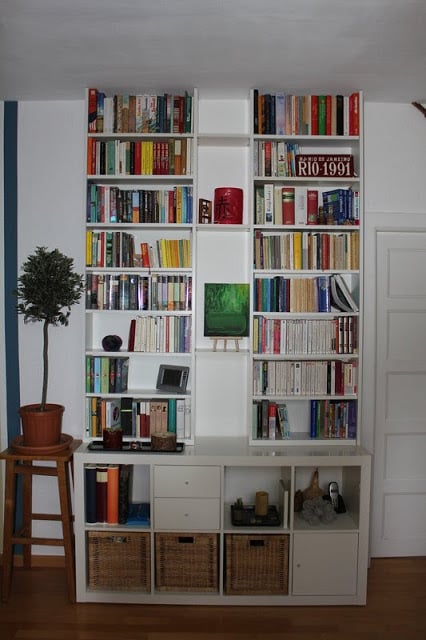 In between the two Bestas, I added extra shelves to put some decoration. And behind the green painting, we have the temperature control device for the heating system., which is now nicely covered, and can still be easily accessed.

Bye the way, those Bestas have a lot more shelves than the originally provided amount. They where bought in the hardware store. For us its the perfect book shelves, since they have the right depth for soft-covers.