Hack a Tertial lamp into a mic stand 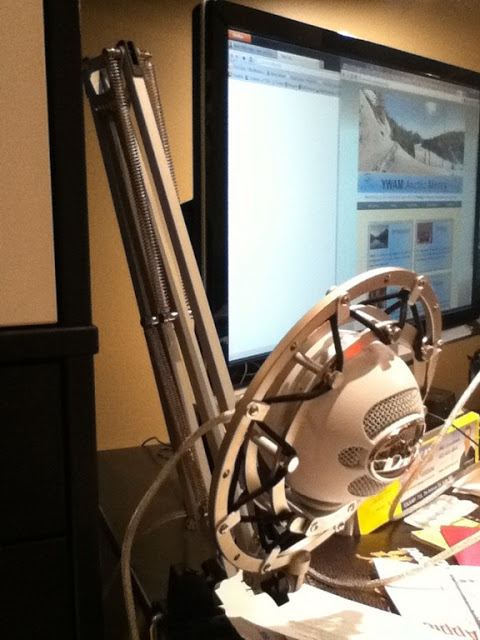 Description: The first step to making a microphone stand from the Tertial Lamp was to remove the light fixture. I tried to figure out how to remove the light so that I could still use it, but instead I had to cut the cord and pull it out of the boom arm.

I then unscrewed the lamp fixture from the arm and put aside all the hardware.

I removed the microphone and shock mount from the stand it came with and tried to put it onto the boom arm. The plastic spacer from the lamp was too thick to fit the microphone, so I had to file it down so that it was thin enough to fit between the shock mount and the lamp stand. 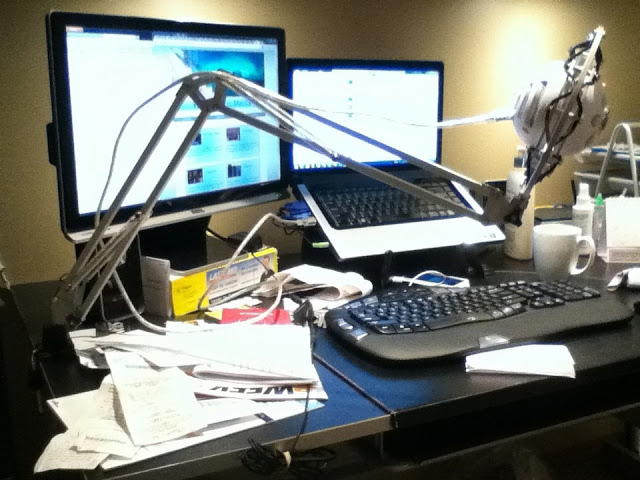 Once the spacer was thin enough I attached the shock mount to the lamp stand using the bolt and nut that used to hold in the lamp head. I then used cable ties to attach the microphone cable to the stand (not visible in the photos).

The stock hardware that comes with the Tertial lamp isn’t strong enough to hold the stand straight when I extend the lamp arm. My next step will be to buy new hardware for the lamp arm so that it can support my microphone and shock mount.