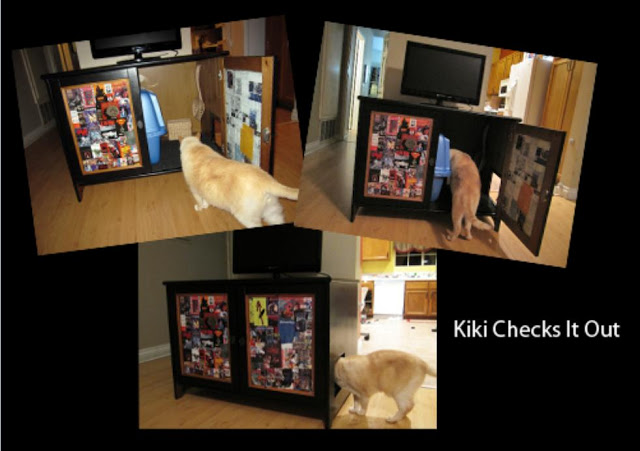 Description: Ikea Hackers has some great ideas for hiding a litter box, and that is where I got the idea to create our own stealth kitty potty.

I used a Leksvik media cabinet that I no longer needed.

It’s a large cabinet which is what I needed since we use an XL litter box with a cover. The cabinet in fact is big enough to hold the litter box, a box of Swheat Scoop litter

, a scooper, and a box with plastic bags. I also added a mat to catch any litter tracking.

I started by removing the two shelves, added two coats of black paint, and I added a hook for the scoop on the inside wall.

I didn’t want to buy new doors, but the glass doors had to be covered. Since my son loves graphic novels and anime art, I used Mod Podge that I bought from Michaels, pictures from a book on graphic art from the Barnes and Noble clearance section. 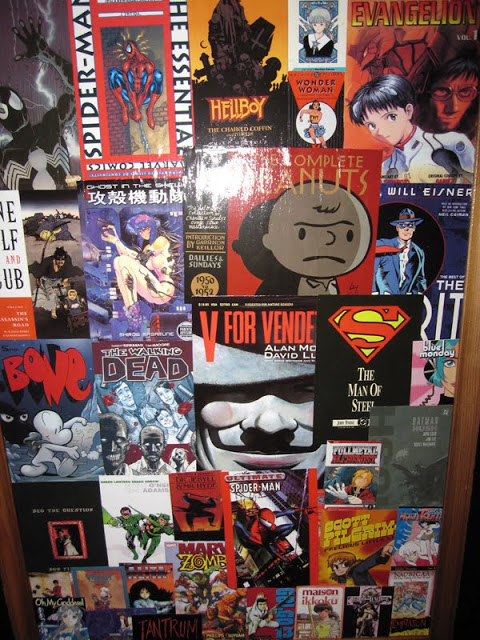 I removed the glass doors. With Mod Podge

, it’s easier to work with small pieces of paper since it dries quickly. I cut out the pictures and brushed a thin layer of Mod Podge directly on the glass. I placed the picture on top and smoothes it out with my hands to remove any air bubbles. I arranged the pictures to completely cover the glass on the doors and one the doors were covered, added two coats of Mod Podge to seal it completely waiting for each coat to dry completely before adding the next coat.

I cut a hold the size of a pet door on the side of the cabinet. I tried to install a pet door, but found that the walls of the cabinet are too thin to support the door properly. So I ended up buying some strong tape from Home Depot and wrapping the edges of my very bad sawing job. 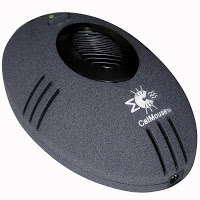 that I bought at Petsmart to the inside of the cabinet and the smell is literally nonexistent.