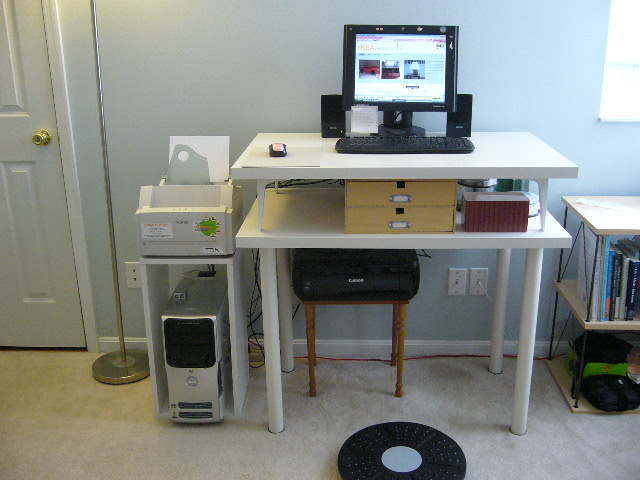 Description: Two relevant facts:
– I wanted a standing desk, all the articles about how sitting for hours will kill you were starting to bother me.
– I am CHEAP. And lazy.

So, I got my standing desk this way:

The regular table I already had assembled, but wasn’t using for anything. I purchased the second table top and brackets, screwed in the brackets, and set it on top of the table. Done. 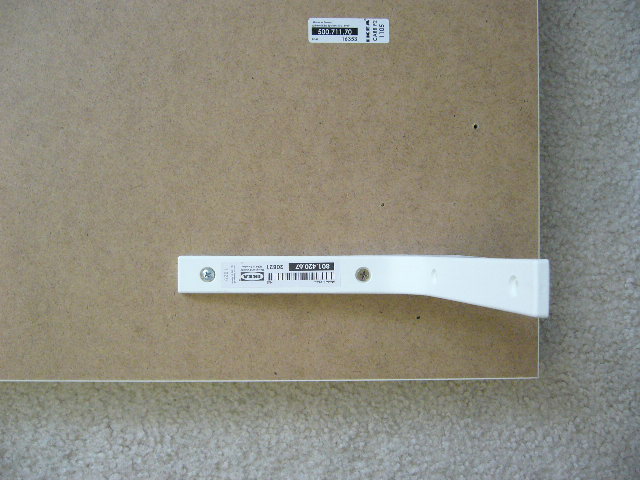 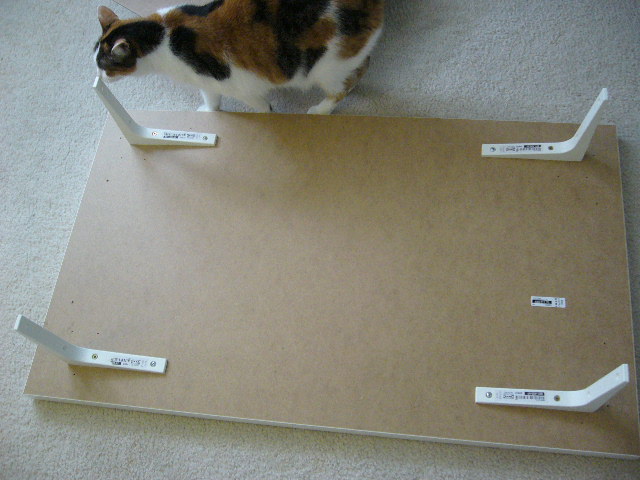 If I were less cheap, I would have used the nice Capita legs (7″) instead of the Ekby brackets, but that would have been $10 more. I was lucky that the brackets are 7″ tall, which are perfect for me.

The brackets are surprisingly strong, but a warning — the table top is only solid in the place where the predrilled holes are, everywhere else is filled with paper. So, the copper-colored screw in the pic is in solid wood, the silver-colored one is basically screwed into nothing. If I were less lazy, I would have used a thin sheet of plywood under the table top top to strengthen and stabilize the second screw. As it is, I think it’s strong enough for my purposes. I’ve put a hidden stack of wood and an old IKEA drawer unit (which I didn’t buy, btw, it was a gift) under it in case the thing collapses. The rest of the space will be used as storage.

This would actually look really nice with some cord management and some white Apple products. Then again, if I could spend $$$ on Apple products, I would probably get a real standing desk.

So far, despite my laziness, I’m liking standing (mostly on the wobble board you see there). No more legs falling asleep, and less feeling guilty about sitting all day. Some day I may invest in a bar stool — somebody let me know when IKEA has one on sale for less than $10. 🙂