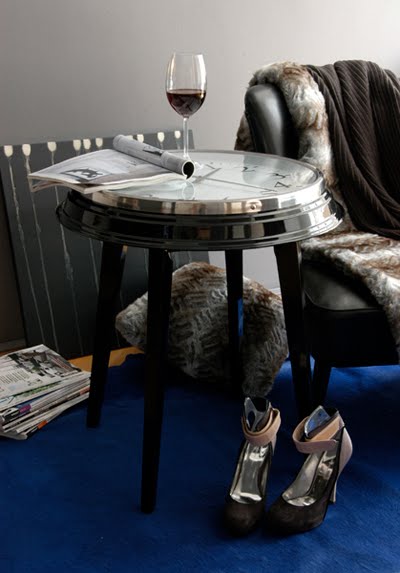 Description: I became fascinated with the “DIY” madness. For a long time I wasn’t interested in the Do It Yourself attitude, I never thought something could be done using old furniture or knick-knacks. I was only interested in the things of design. But now I got the taste.

Honestly, everything happened by chance. Bought an Ikea “station clock” called Bravur – surely you know, it’s a long time Ikea offering. I brought in the office, opened and laid on the ground. Then looked at the old small inherited table near of me and I got the idea to do the table of clock. Who said that clocks can only put on the wall.

The table was rather shabby that I did not mind doing a transformation. As the table top was a little bigger than needed had to cut off 2 cm with the saw. Before the painting, I need to clean and remove the dust with a rag. Of course, the table has to be painted black to match the clock. I chose a glossy black lacquer. After the lacquer has dried the clock was put up with a strong adhesive on the table top. As the batteries in the clock can be changed in the back so did not want it definitely fixed. The watch can be removed at any time and re-glued if necessary, because the clock is not only decorative but also shows the time this way. 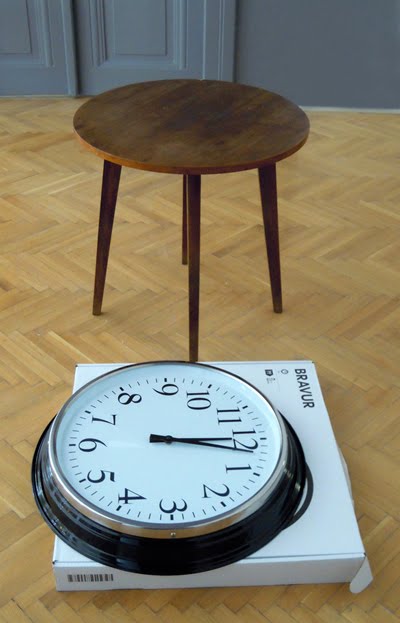 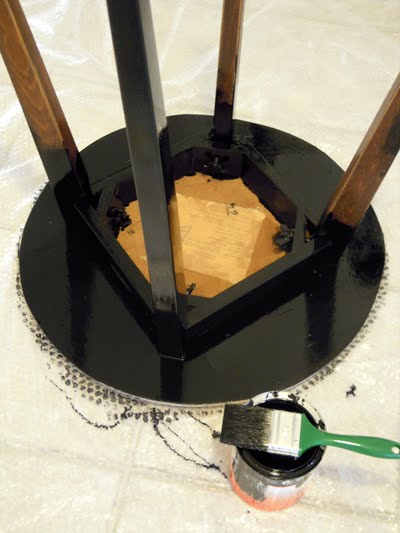 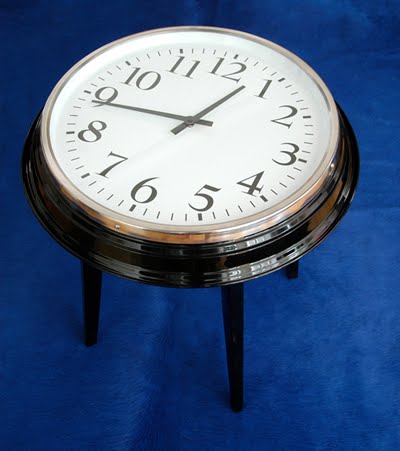 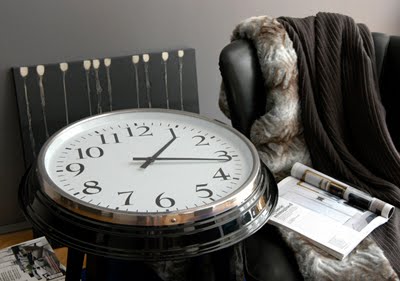