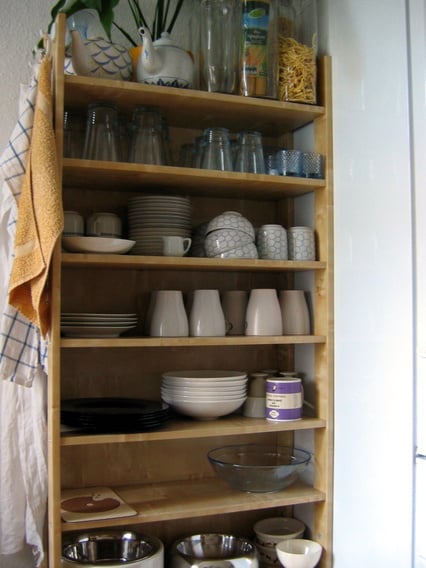 Description: We bought IKEA’s LAIVA shelving unit for our kitchen, but found that in its present form it had several flaws:

Firstly, the height of each compartment meant that a lot of space would go unused.

Secondly, by default, two of the four compartments come without a back panel. If you can’t position the shelf directly against a wall, there’s always the risk of things being pushed off the back. 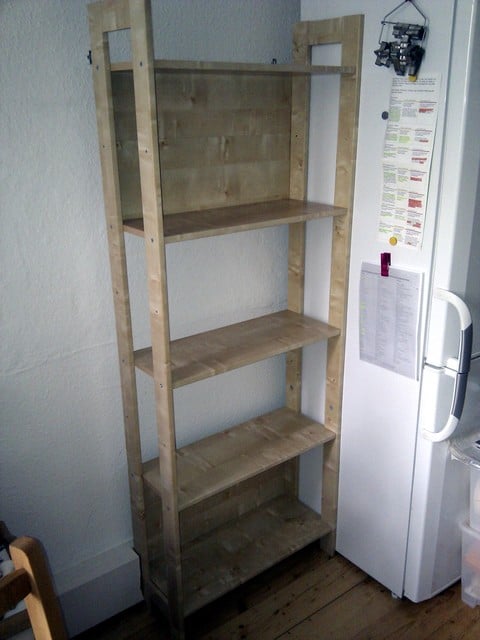 To fix these two issues, we bought a second LAIVA shelving unit.

We then used the shelves of the second pack to divide each compartment into two. Instead of measuring the exact half, we decided (for purely aesthetic reasons) that the additional shelves should line up with the horizontal stripes of the back panel, so one compartment is always slightly larger than the other, but just barely so. 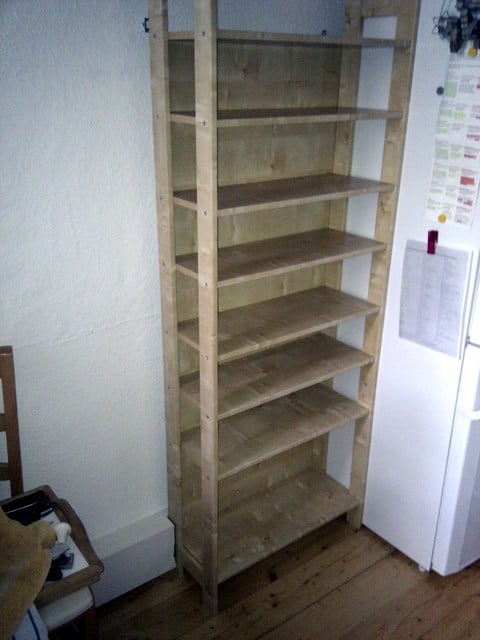 We then attached the remaining back panels to close the gaps.
Our LAIVA hack now offers the perfect storage for all our day-to-day crockery.

We used the bits and pieces included by IKEA; the only extra tool we needed was a drill for the additional holes.

It would be interesting to read if IKEA hackers out there came up with ideas for the two left-over side pieces of the second pack which we didn’t use.

See more of the Laiva hack.