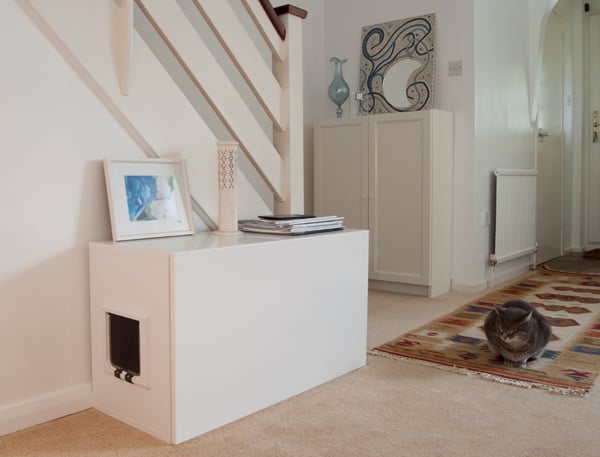 Description: My husband and I recently moved to a new house and the living area is the only place where we could fit the litter box. Obviousy, we wanted to disguise the litterbox as much as possible, especially because it’s just opposite the main entrance.

I wanted a contemporary, low white cabinet of about 100 cm in length, but BESTA only comes in either 60 cm or 120 cm, so after much looking we chose a FAKTUM wall cabinet, positioned it on its side. 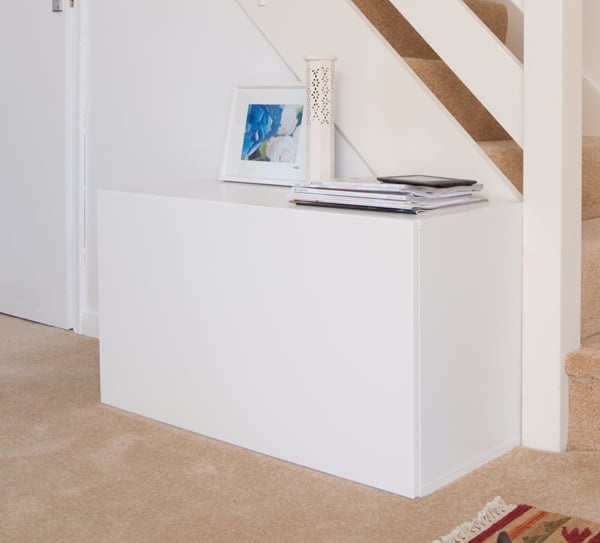 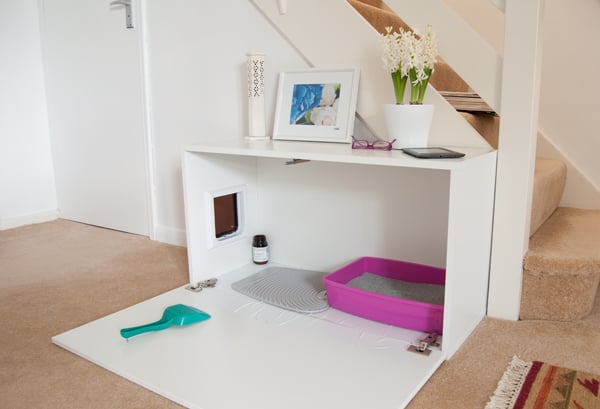 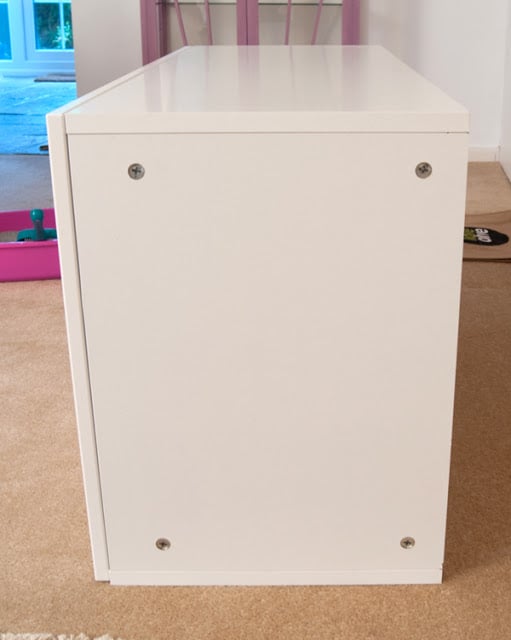 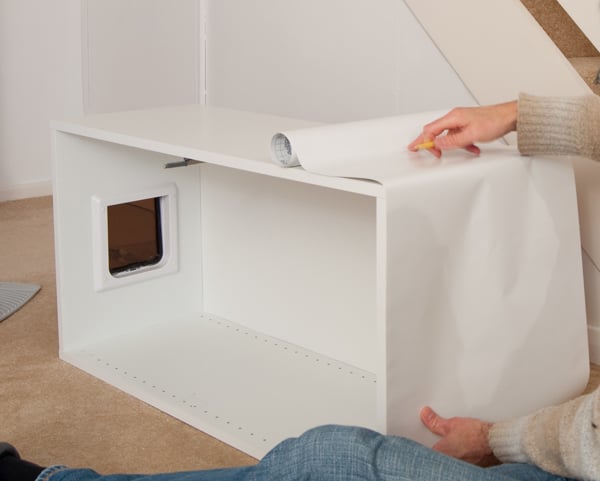 1. We assembled the FAKTUM frame and used a jigsaw to cut out the access hole for the cat flap, following the template included with the cat flap.

2. The FAKTUM frame has holes on the top and bottom shelf, and since we positioned the cabinet on its side, these were clearly visible and ugly. My husband covered both sides with white self adhesive vinyl, and he also used it to cover the inside of the cabinet, so that litter wouldn’t fall in the holes.

3. We fixed a BESTA push opener to the cabinet, to make opening the door easier. We also screwed a hook to leave the litter scoop in the kitty loo.

4. We bought a narrow litter box, and placed a plastic ribbed mat between the litter tray and the cat flap, to avoid spillage of litter on the floor. We also put some bicarbonate of soda in a small container inside the cabinet, to help absorb nasty smells.

6. Access to clean the box is easy by simply opening the cabinet door.

We left the cat flap open for a day to help our cats familiarise with their new loo, and they took to it very quickly.

We’re really pleased with this kitty loo: it blends in well with the rest of the furniture, the nasty smells are gone, and the cats love it.

See more of the kitty loo.