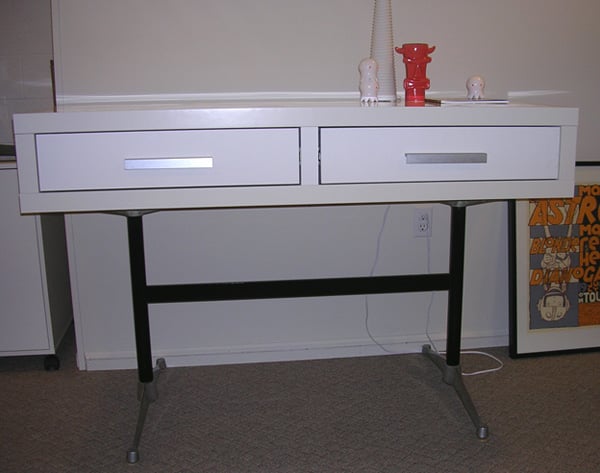 Description: Back in 2007, I posted an IKEA flat file here with a salvaged Herman Miller table base. However, I had a second set of metal legs from that buy of the type used with a rectangular top.

Last Fall I trashed the overweight orange top and discovered that a LACK table would fit the spoked supports. Naturally, it became a magnet for clutter without a back or dividers. Seeing a DVD box buried within, I calculated measurements for drawers that would transform the LACK into media storage. 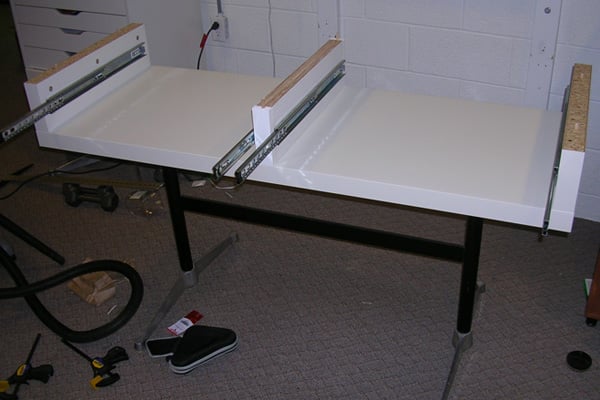 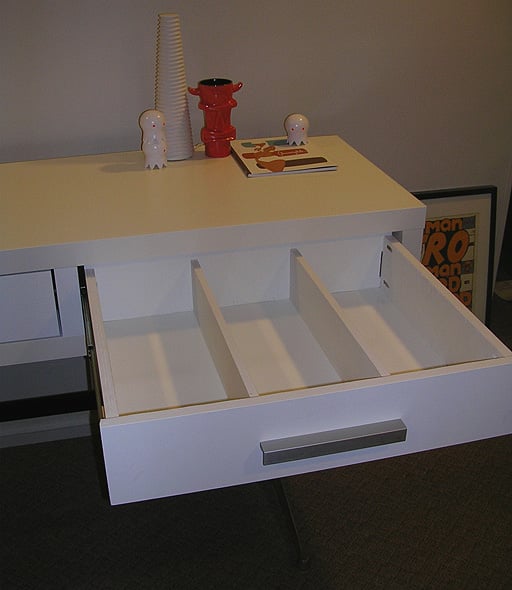 Knowing that the the table pieces were only partially solid wood, a center rail support in solid ply would add a lot of strength. The full extension rails would also be heavy duty. After a pair of drawers were assembled, everything was rested inside to gauge the fit. Given the number of balsa shims used with the rails, I won’t be going into the carpentry business. Fortunately, the LACK top sandwiched the new parts without difficulty.

Although the drawer recesses allow standard DVD cases, the 1/2″ ply should have been switched to 1/4″ in the center. Boxed/folded sets are either too wide or too tall, and must be laid flat.