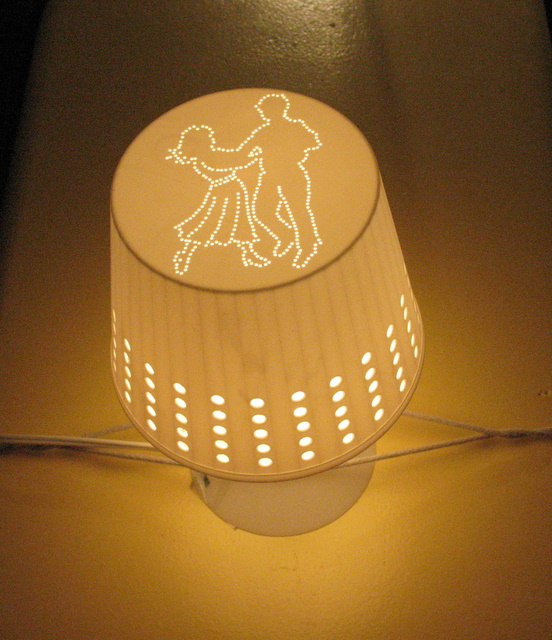 Description: I do the lighting at a local contra dance (a type of American folk dance). To avoid the use of the hall’s ugly fluorescent lighting I use a number of incandescent lights, including IKEA LAMPAN and torchieres.

It’s evolved over the years, but currently I attach the LAMPAN to some pillars using bungee cords. These lamps have to be put up and taken down before/after each evening’s festivities. The lamps extend horizontally from the pillars, so the tops of the shades point out into the hall, towards the dancers. 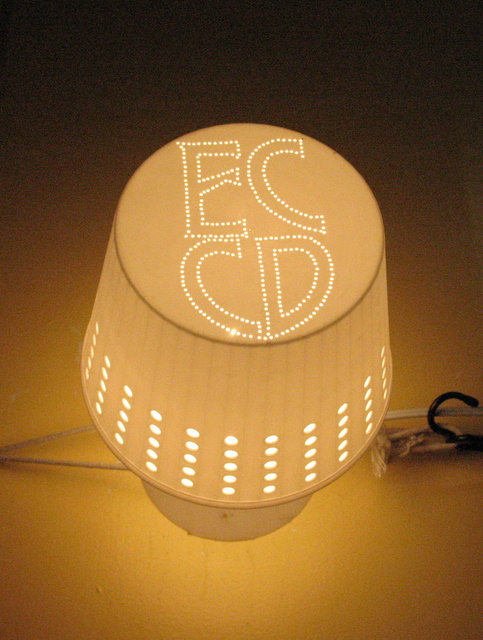 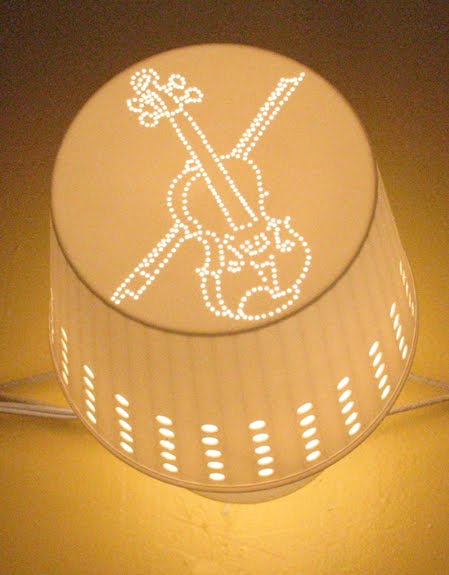 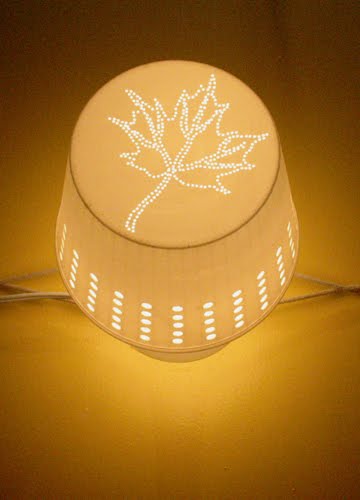 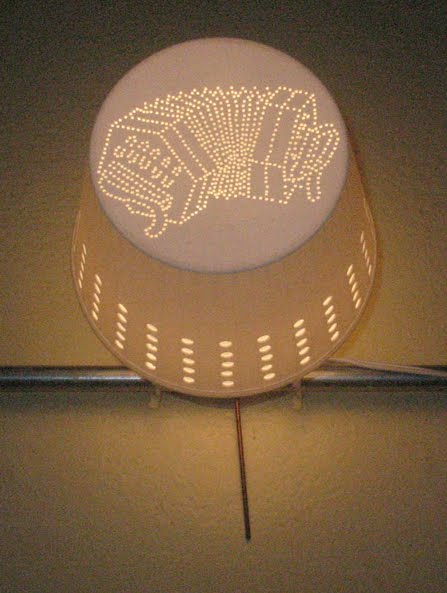 To spruce up the LAMPAN, and to let a few more photons out into the dance hall, I decided to drill holes into the sturdy LAMPAN shade. First I drilled the sides of the shade. I found a pattern of holes about 1/3rd up from the base and on every other facet of the shade to work best. If you drill too many holes you see too much of the bulb, which defeats the purpose of a shade.

Then I decided to drill the initials of the dance, “Emerald City Contra Dance”>> “ECCD”, as a monogram thru the top of the shade. Using Adobe Photoshop to prep the files, I created templates that could be taped to the shade and then drilled thru. After one using a hand drill, a friend loaned me a compact drill press that made things a lot easier.

After the monograms, my efforts became more elaborate, but basically used the same process: prep template in Photoshop, then a lot of drilling.