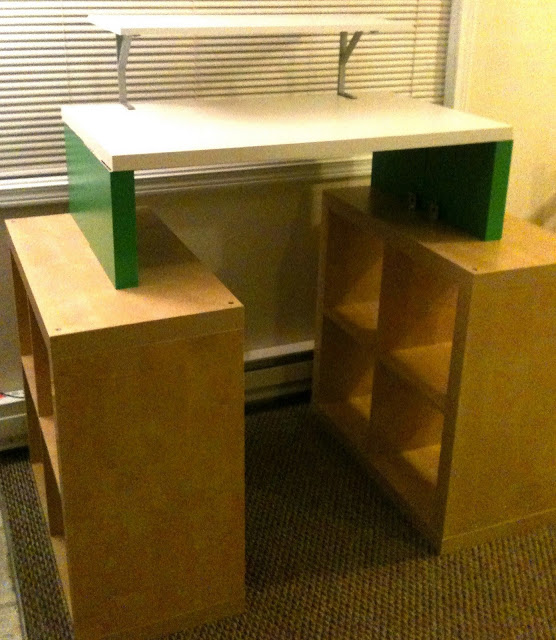 Description: I really liked the various standing desks shown on IkeaHackers but none of them were quite right, so I hacked three IkeaHacker hacks!

Before going shopping, I chose these elements for their approximate height after doing some ergonomic measurements. My forearms rest on the VIKA AMON table top at 42″ above the floor (a little high but not bad), and the top of my computer screen is at about 59″. 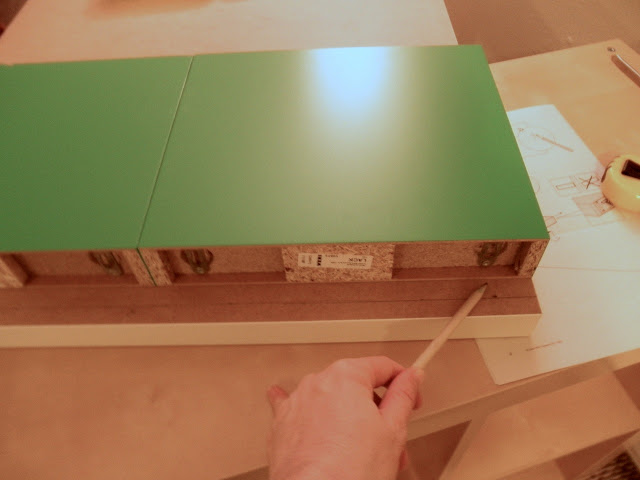 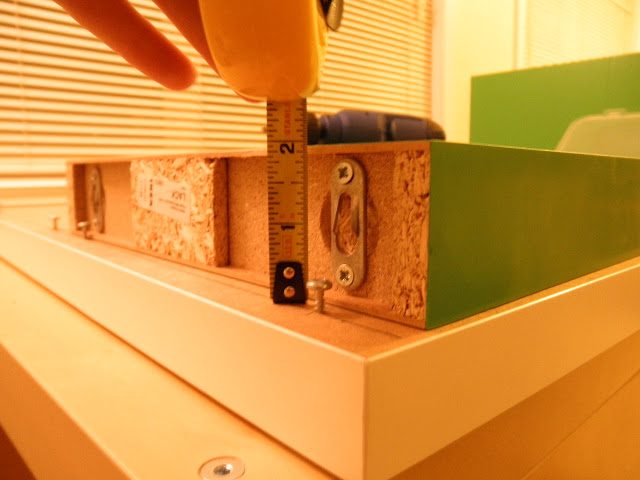 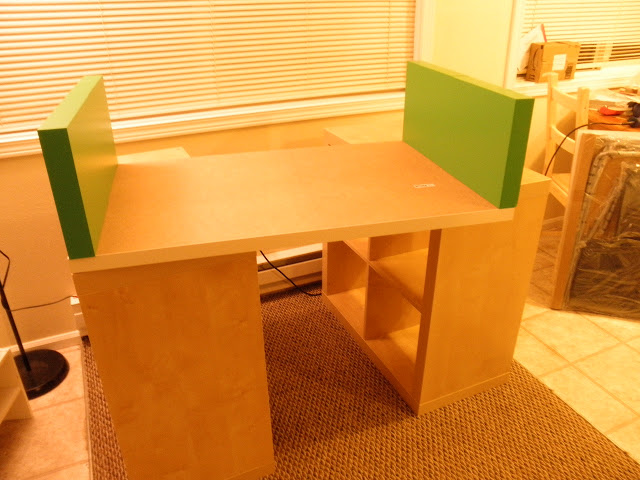 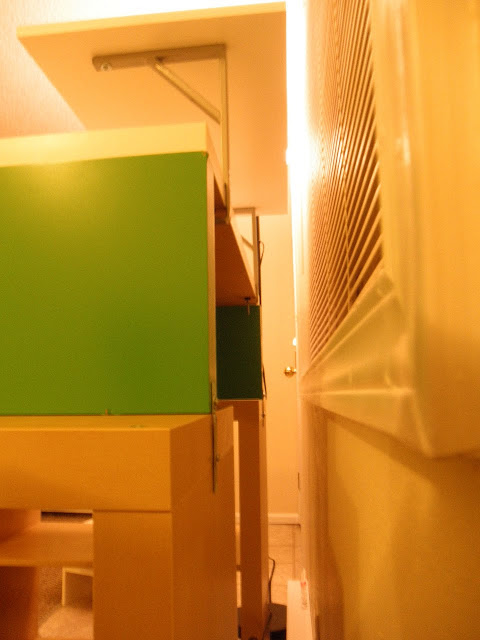 First, assemble your EXPEDIT 2×2 shelves.
Second, flip over the VIKA AMON table top (henceforth called VA) so that the brown side is up.

Third, note that 2 LACK wall shelves line up perfectly with a VA. Measure & note with pencil the location of where screws will need to be in VA to support the two LACK. Or, you could pretend VA is a wall and follow the instructions for installing a LACK as a wall shelf.

Fourth, pre-drill holes for screws to go into. Also note if you’ve set it up so that the screws are going through the solid wood or the cardboard filling of VA. Make adjustments so that screws are always in solid wood.

Fifth, through trial and adjustment, insert 8 screws at the proper depth to snugly affix the LACK shelves to VA at the edges. This took a while, but it’s important. No wobbles!

Sixth, flip over VA with LACKx4 and adjust EXPEDIT so that the LACK “legs” are midline on the top of EXPEDIT. This creates even force distribution. Then, slide LACK+VA to the back of EXPEDIT, and screw in braces to reduce sliding. This is not 100% secure, so don’t go kicking this, or expecting it to hold up in earthquakes or violent flooding, etc.

Seventh, attach the EKBY TÖRE to ANTONIUS. At this point, I used many washers because my screws were too long (would have punched right through ANTONIUS). You also want to make sure it’s fairly level.

Eight, attach the EKBY TÖRE-ANTONIUS complex to the LACK-VA-EXPEDIT complex.