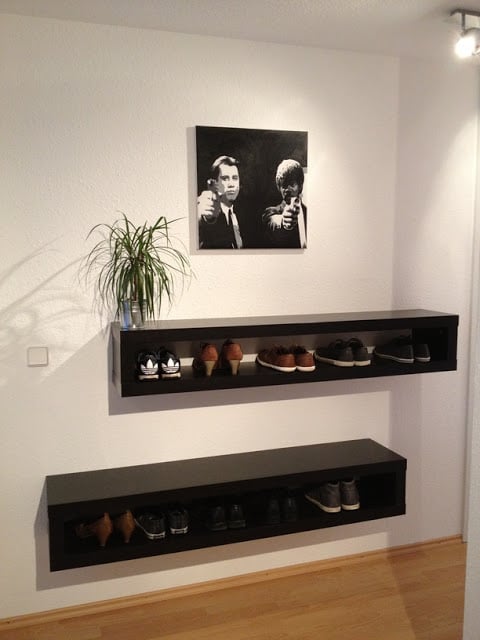 Description: I had two black LACK TV units in my living room for a couple of years, when I decided to go for a completely new media rack.

So I decided to re-use one of the LACK TV Units for a shoe shelf mounted to a wall in the hallway, as the shoes piled up in some corner quite often 😉

I removed the legs of the old LACK TV Unit in the first step. As my LACK was already assembled, I just used some brute force to remove the legs (rotate leg to the left until it breaks. It will break quite easy) and then cut off the leftover metal-screw. You could consider to cut or leave the screws before assembling, if you’re not going to use an already assembled LACK TV Unit as I did. 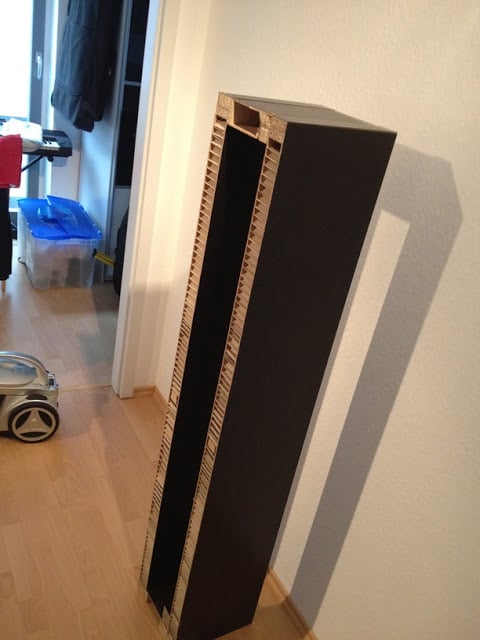 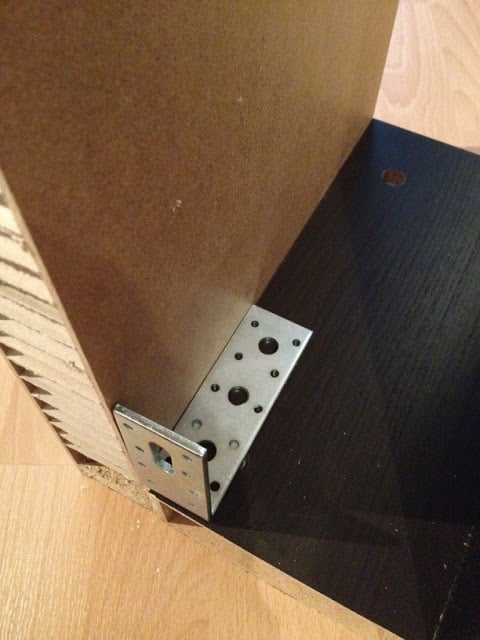 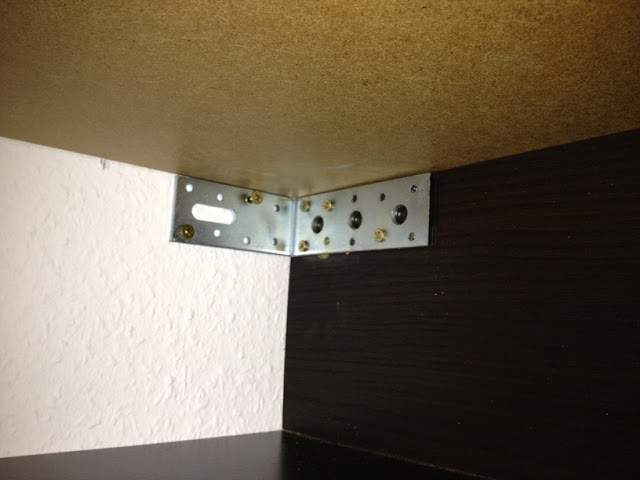 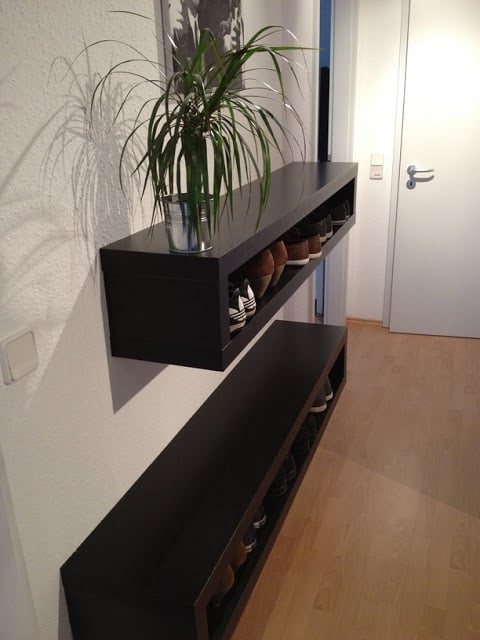 Then I used a buzz saw to cut my LACK TV unit into halves. I didn’t saw in the middle of the unit, as there were metal bolts! So I made one shelf a bit deeper (2-3cm) which makes an even more unique look… but it’s hard to notice the difference of the two parts if you don’t know that one is a bit deeper.

I then mounted some brackets to the sliced up inner side of the shelf and mounted them to my wall. I pre-drilled small holes into the wood, before putting the screws in place to prevent the wood from cracking up. I would also recommend to put some leftover wood plank into the empty parts of the LACK corpus, so the screws are mounted safely and not just into some paper that is inside the LACK TV Unit.

Have fun re-using your LACK TV Units as well! =)