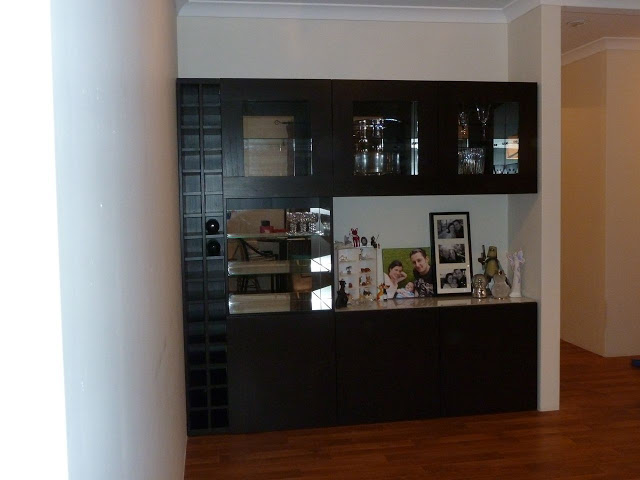 Materials: Besta Shelf Unit 60x40x192 plus extra Besta Shelves Description: We wanted a built in buffet/wine/bar area in our dining room. The Besta product was the best option but it was a bit short at one end. My husband came up with the idea of building a wine rack at the end to fill the gap. We used a Besta Shelf Unit 60x40x192 and extra shelves we had left over from the other parts of the Besta products we had brought but didn’t need. He cut each shelf in half and cut out a slot in the middle of each half. He left one of the side pieces in tact (that is the piece that is up against the wall.) The other side piece he cut slots into at the back so that the shelves slotted into each one evenly spaced. 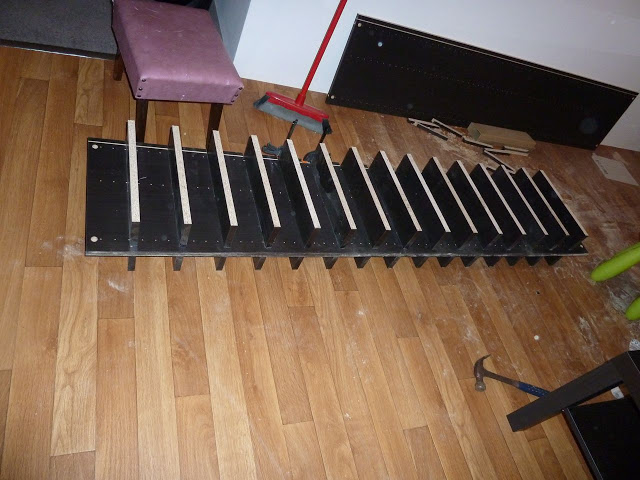 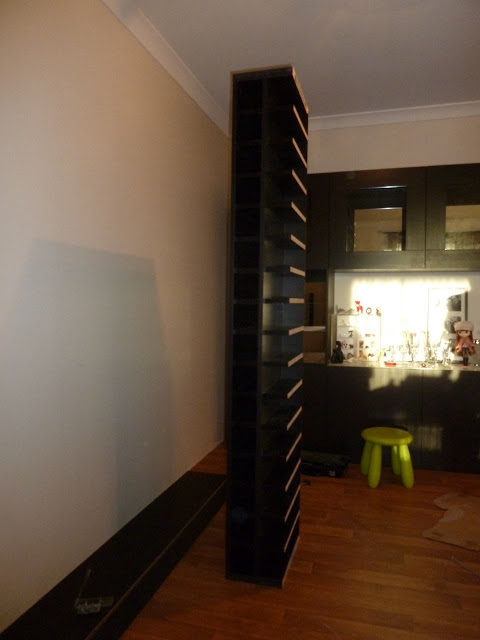 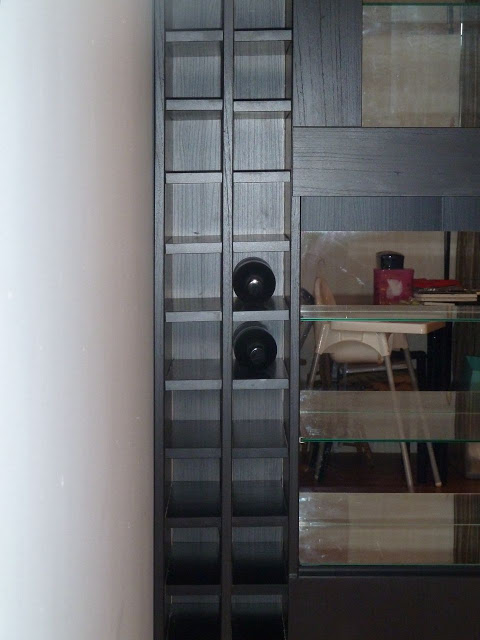 He then cut the backing board to fit against the back of the shelves and nailed each side twice for extra stability. He then cut the top and bottom of the Besta to fit the width we needed and drilled the screws into that to hold it together. Once it was ready to fit into the gap we pulled out the original Besta Shelf Unit and drilled holes into the top and bottom corners and did the same on the wine rack side. Then placed wooden dowels into the holes on one and pushed the two together. Then screwed it together in top, middle and bottom for extra stability. We then pushed the whole thing into the gap and secured the original Besta Shelf Unit to the wall so there is no chance of it falling over. We ended up with 32 spots for wine now all we need to do is fill it up. ~ Hope, Perth, Western Australia