Alex goes to the sea 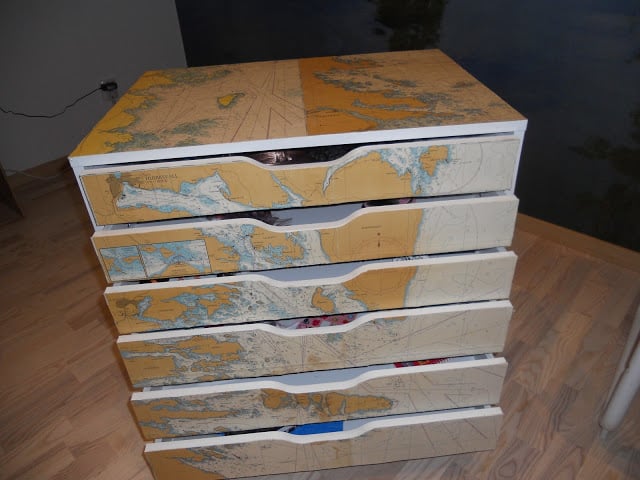 Description: I remade a drawer unit called ALEX from IKEA.
I used old naval charts, I got from my father.

The charts are from an area up north in Sweden where I grew up, Hälsingland and the archipelago where I spent lot of my summers. 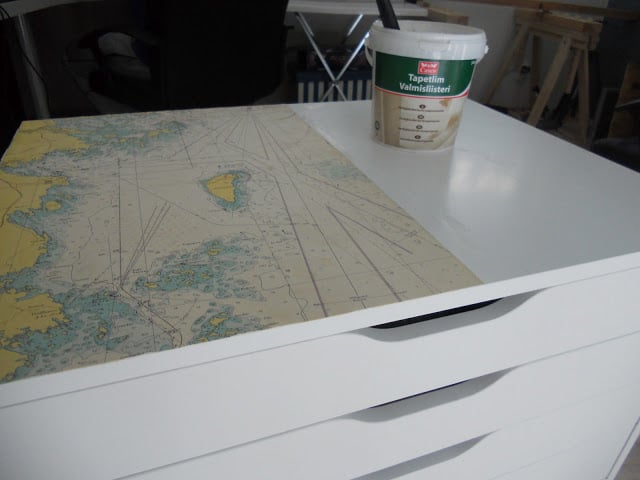 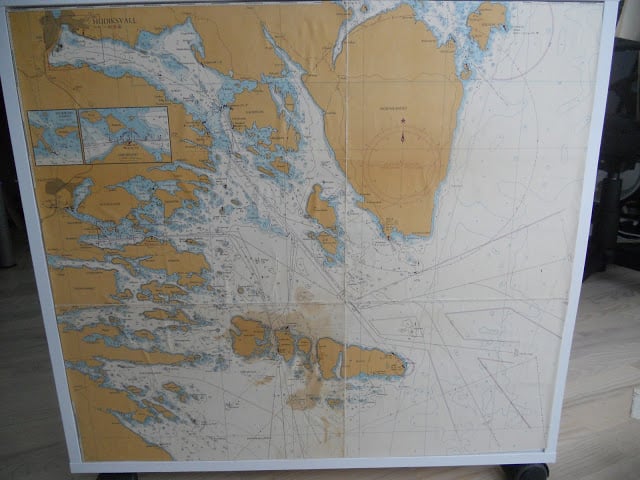 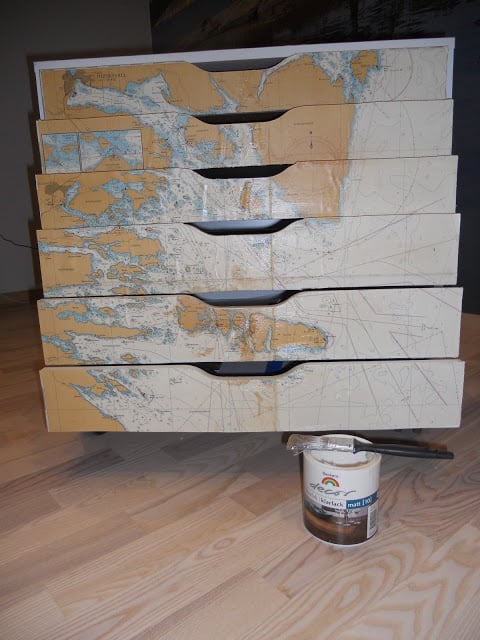 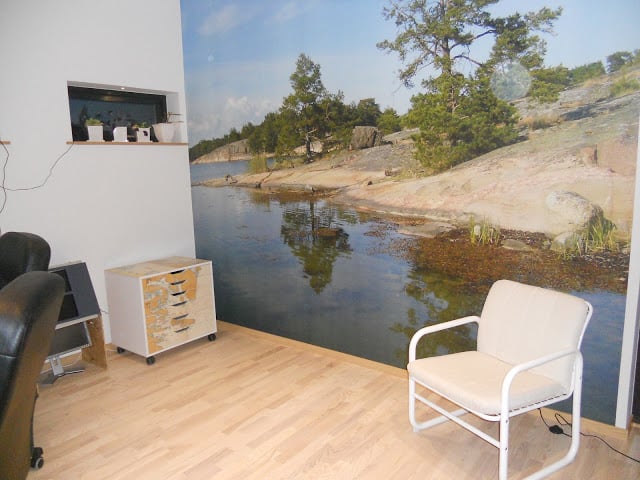 The steps of making this is…
1. Clean the drawer unit and then glue on the charts you choose.
I used wallpaper glue as the charts are rather thick.

2.When the glue has dried you cut up between the drawers, using a wallpaper knife.

3. Now it’s time to seal the paper with some varnish, I used matte deco lacquer.
Go over it at least twice, so you get a hard surface.

4. When the varnish/lacquer is dry, you cut the edges of the paper around the drawers and polish with some sandpaper, I use no. 80

5. After you have finished the surface, go over it with one layer of lacquer again to seal the paper where you have polished it too.

See more of the Alex drawer.