Bed in the air!

SAFETY WARNING: This hack is not proven to be safe. Do not attempt to replicate this unless you have a professional to ensure that it is structurally sound and safe for a child’s use. ~ Jules 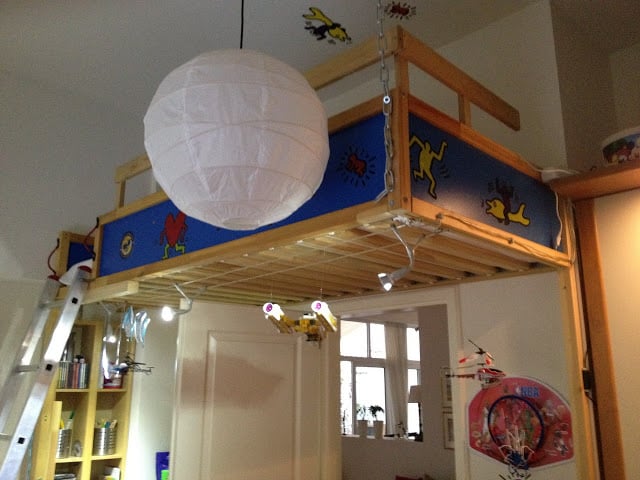 Description: During last year’s house renovation, we created a new room for our son. The problem we faced was that his IKEA Kura bed could not fit inside the new room. So I decided to modify the Kura bed.

The modification involved three stages:
Firstly the bed had to be raised high enough so that the door of the bedroom could open without issues. 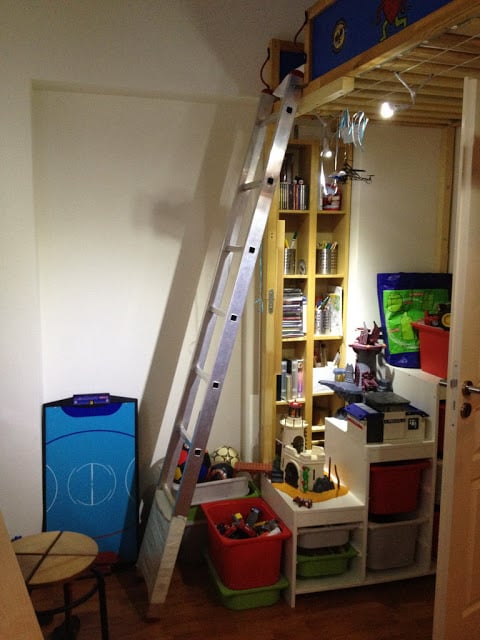 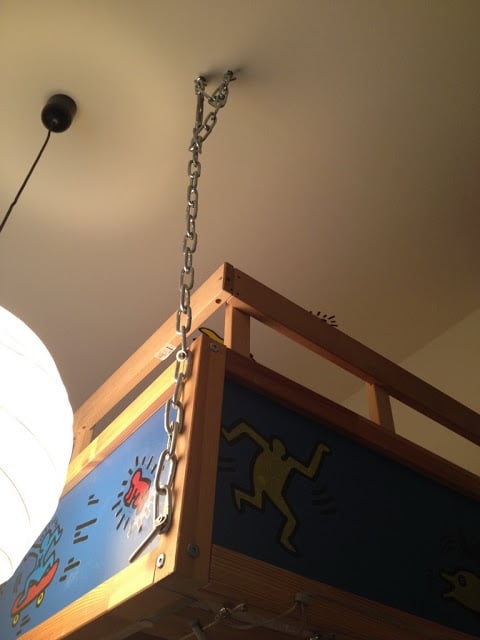 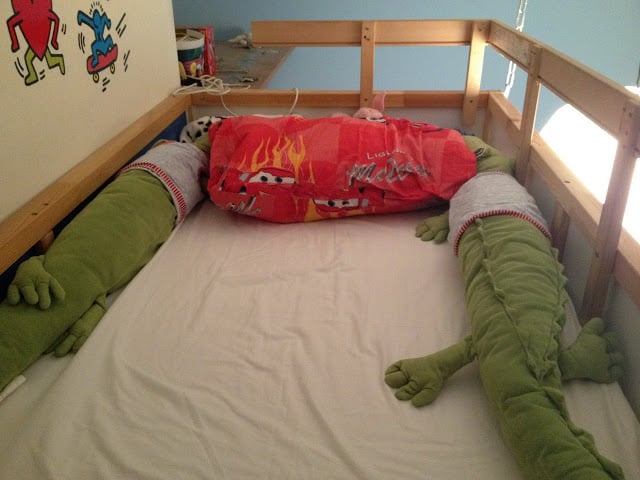 For the first step I started by dismantling the bed from the old bedroom. Then I went to a local shop and bought 2 new wooden legs in order to provide to the bed the required height. Two of the old wooden legs of the bedroom were put together and formed the third led. Since I did not wanted the fourth leg to be in the middle of the bedroom I decided to hang the fourth corner of the bed by the ceiling. I used heavy duty chain, which was attached to the bed by three screws and from the ceiling by two heavy duty metal hooks.

The second step was performed in parallel with the first. As I said the bed had to be shortened by 8cm. In order to do that I used and electric saw to cut the wood and an electric drill in order to make the new holes for the existing screws that were originally used in the bed.

The final thing to do was the attachment of a new ladder in order to make climbing and descending easier.

All legs of the bed were secured firmly in the walls. It is impossible to move the bed at all.

For this project I have spent about 8 hours. The tricky part was to be able to lift the bed since I was did all the work by myself. The solution was to assemble each side of the bed separately and then attach all sides together.

This solution provided extra playing space for my son in his bedroom. He enjoys his new room and his modified bed for more than a year now. Friends and family have been impressed by the result, especially the younger children.