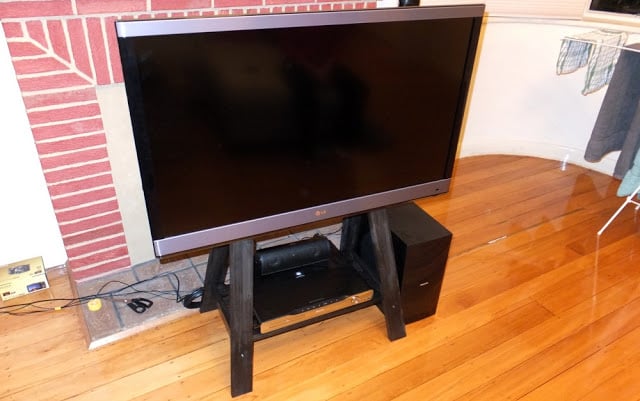 Description: Not being a fan of ‘traditional’ designs when it comes to some furniture, I was looking for something other than the normal style of wooden rectangle box, on legs, with doors approach to TV stands. Inspiration hit me in the face one day while looking at an easel in an art supplies shop, and some months later I found the parts I needed to make it happen in Ikea.

I took a Framsta TV wall bracket[s], and attached it to a Vika Artur trestle. This could be done in ten different ways. 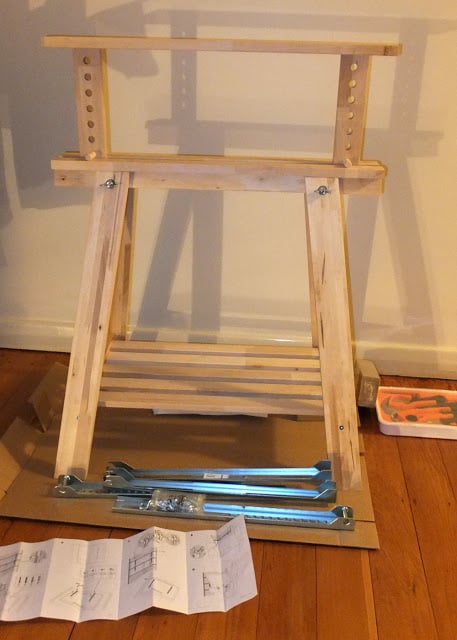 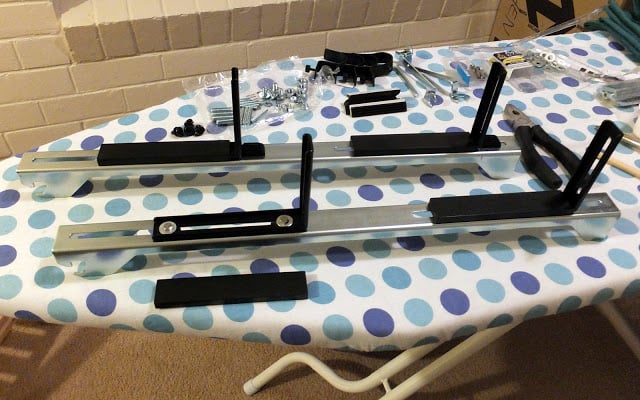 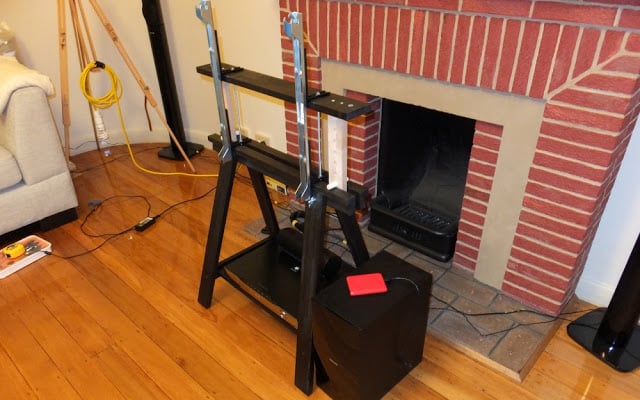 I fixed two small Betydlig brackets to each Framsta bracket, then fixed each Framsta bracket to the stand at each of the four points with two threaded bars, some nuts, wingnuts, washers, etc. Some drilling was required at the top of the trestle. You could use four smaller screws / bolts instead, as long as it’s secure. I chose the Ikea Betydlig brackets, originally intended for hanging curtain rails, only for the finished look. You could use any bracket from a hardware store or make your own. Future add-ons include a Dioder for ambient backlighting.

I had no idea if this would work or not beforehand, because I was guessing with most of it. As it turned out, it suited my TV perfectly. This mod surely won’t be suitable for all TV types, especially bigger or heavier ones. My TV is a 42″, about 13kg sans stand, and 1.5 inches at it’s widest spot, inconveniently at the very bottom. Both brackets are fixed at 400mm apart on this TV, meaning they come down over the legs. Since the trestle legs jut out, it’s important to measure up everything and take out as much guess work as possible. The Betydlig brackets come with rubber pads that were conveniently big enough to use as a spacer between the Framsta bracket and the trestle, keeping the Framsta bracket out just enough that it doesn’t touch the legs, keeping it vertical.