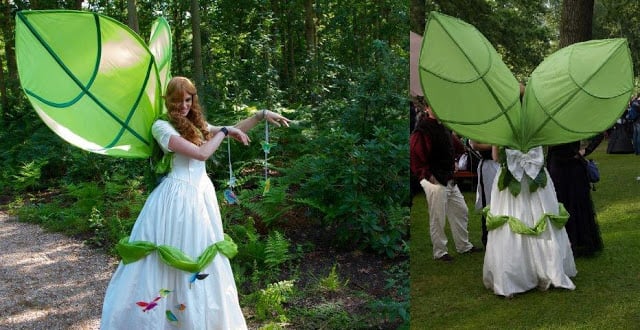 Description: I really fell in love with the LÖVA children’s bed canopy, but I don’t have kids and no place to put one up. But the item remained in the back of my head. Than there was the invitation to Castlefest a fantasy event in Lisse, The Netherlands (where I’m from). At the festival most of the people will be dressed as a fantasy figure.

I had one wish big wings and elf ears. Then there was the task of making a costume. And it was a success, I made the national news! 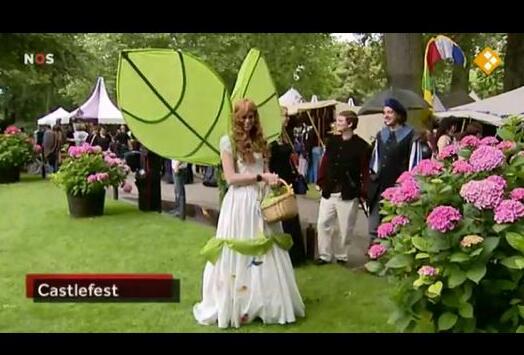 I’m a big fan of Ikea and as soon as I knew I wanted to make my huge ass wings from the LÖVA canopies, I went shopping.

All I needed then was an old wedding dress, an old trekking backpack, a basket and some embellishments.

Then I bought a wig and some ears to complete my look.

I used the backpack with frame as a harness for the wings. Some wood was used in the backpack to screw the wings on later in the process. 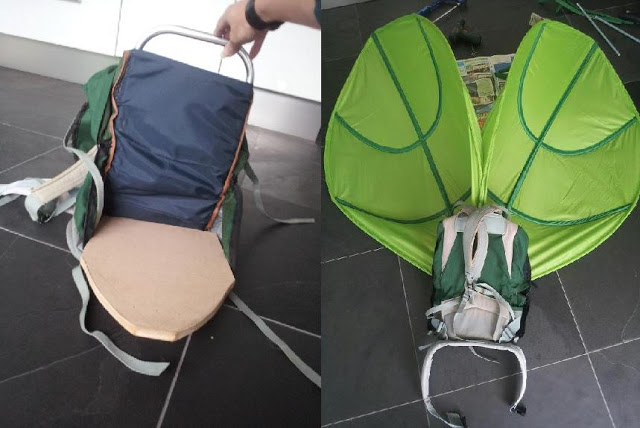 We had to saw off a big part of the glass fiber stem. The small remaining part we screwed to the back plate with some small pipe saddle clamps. In the top of the backpack we burned some holes in the seem and used some nylon cord to run behind the glass fiber frame pole in the edge. Then stapled it to the backpack.
I covered the backpack straps and visible parts with almost one FLYN LILL curtain. I used the SMYCKA leaves and bow that came with the dress to create the illusion of lower wings, covering the lower part of the backpack.

In the dress I made two cuts in the back to hide the hip strap.

Accessories
From 1 POLARVIDE plaid I made a coat/vest and hood. It was a warm day so I only wore it later that evening. During the day it cover my belongings in the basket. Which I toped off with a bouquet SMYCkA buttercups.

Pattern of the vest and hood 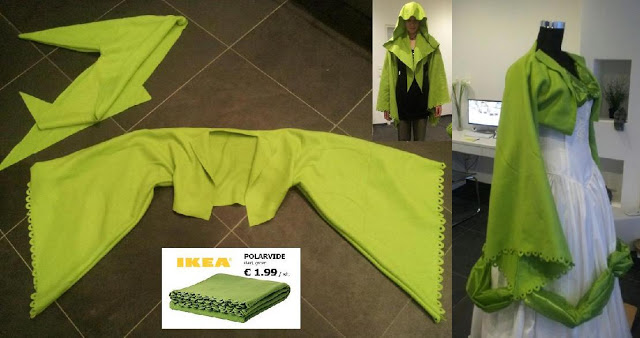 The dress
On the dress I made some decorations in the neckline with a piece of FLYN LILL. And uses one full FLYN LILL on the skirt. Where the ends of the curtain overlap ik made a little rose of the fabric used a white rose embellishment en two remaining SMYCKA leaves.

On the other side on the bottom of the skirt I used the birds from the KLISTRIG place mat as decoration, 4 birds I hung with some ribbon from two bracelets on both arms. 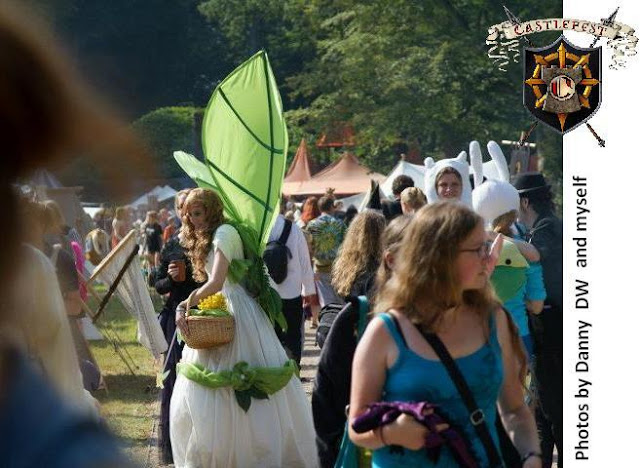 I had the most wonderful and fairy-like day and was a big hit with the photographers but especially the children.

I’m not a costume maker and not big with the sewing machine, with a bit of creativity and the Ikea you can do a lot. I certainly felt like an elf!

And the nice thing was, there where 2 kinds of people, 1 group who recognized the canopies immediately and another who had no idea you could do that with Ikea. And then there was one person who mentioned I definitely should be featured on Ikea hackers.