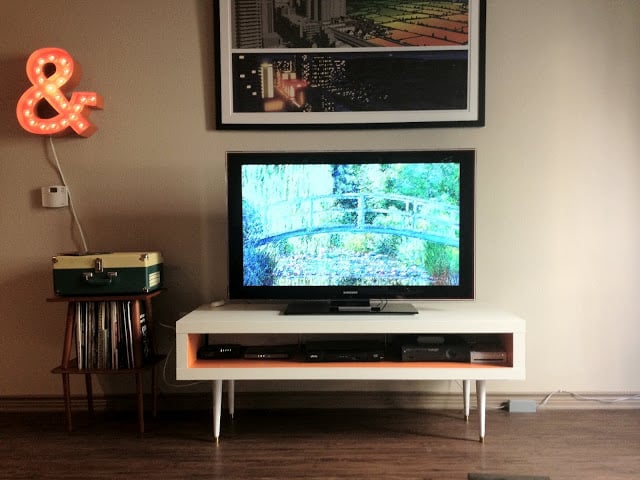 Description: I submitted the Fullen Bar hack a while ago, and since I am never satisfied with my living room, this week I decided to tackle my lack TV stand. I recently “inherited” some mid-century furniture legs which I used to replace the short, chunky lack legs.

NEW LEGS
– The lack TV stand particle board was not strong enough to hold the screws for the new legs so I had a half inch thick plywood board cut to 54″x18″.

– I attached the legs to the corners of the board, making a bench.

– I then attached the Lack TV stand to the plywood bench with three inch screws. 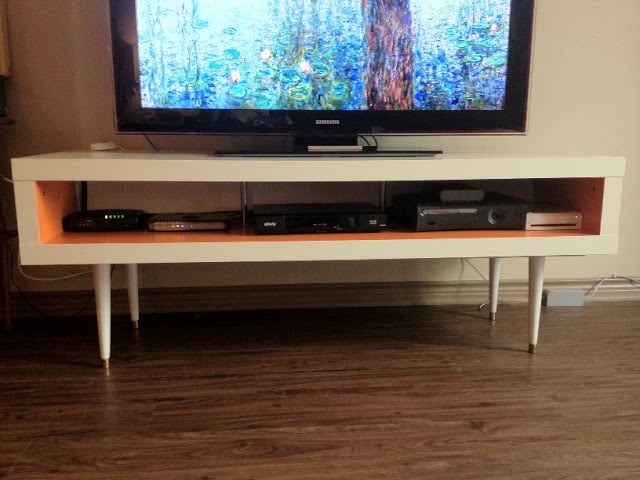 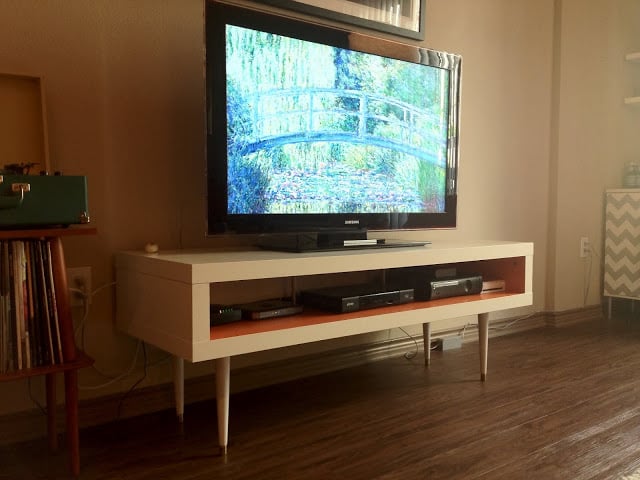 CABLE HIDER
– I wanted to hide the cables from the cable box and the other devices so that they wouldn’t hang under or clutter up the inside of the tv stand. Before attaching the top panel of the stand, I cut a piece of white foam poster board into two 5″x27″ pieces which I taped together to make a long 5″x54″ piece.

ORANGE INTERIOR
– Rather than paint the inside of the stand orange, which would scratch easily, I wanted to use contact paper, but I couldn’t find it in orange anywhere. I found striped, orange wall decals online instead. It came as a narrow roll of sticky paper that was easy to apply that could be re-positioned. It also won’t leave a residue if I change my mind about orange later.

– One roll of the wall decal stripe paper was only enough to cover half of the interior of the TV stand. Since the back was covered by the poster board, you can’t see that the rest of the interior is still white.