Ikea kitchen counter for under 70€ 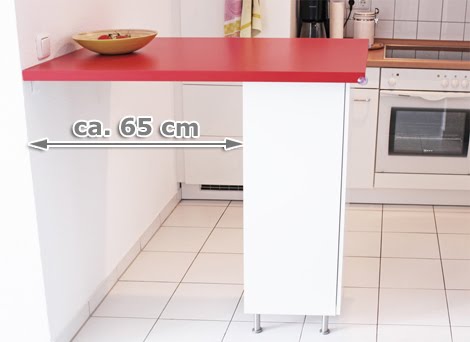 Description: You start by building the Faktum wall cabinet by following the Ikea descriptions. Then you can screw on the Capita legs, just like in the first picture.

The next step is to place the cabinet in front of the wall, which will later be used as the supporting wall, with about 40cm space between them.

Now you take the Vika tabletop and put it on top of the cabinet, push everything cautiously against the wall and align the tabletop with the cabinet. Make sure everything is even by using a water level. 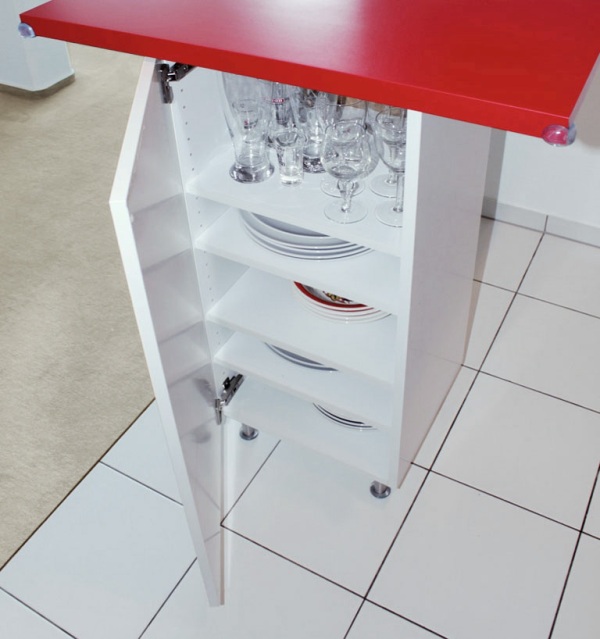 Now mark the wall with a pencil, so you will know where to put the mounting brackets later on. Take down the tabletop and drill two holes in the wall where you put your marks for the expansion anchors and put them in. 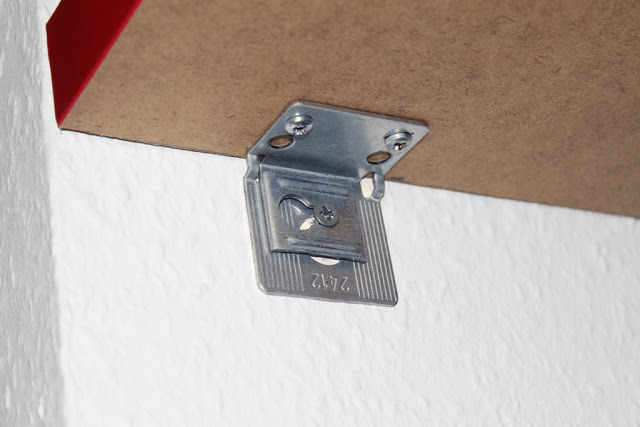 Then you can screw in your mounting brackets and push the cabinet about 65cm from the wall, like shown in picture 3.

The next step is to put the tabletop on top of the cabinet and onto the mounting anchors and put them together with screws.

And last but not least you can put the edge protectors on with some glue. 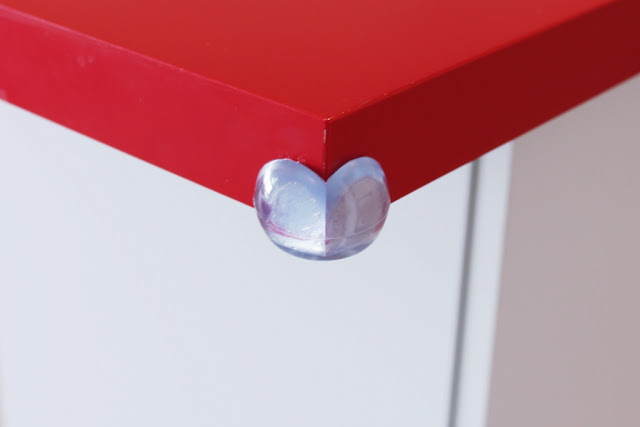