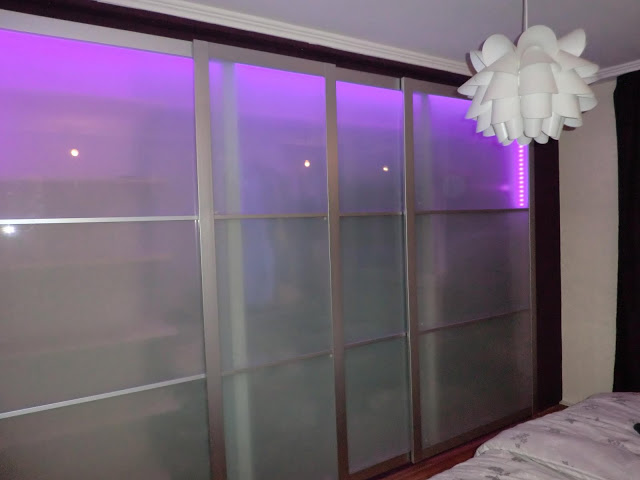 Description: When we moved to our new flat we had a some drywalls which were ment to be used as a built-in wardrobe. As I didn’t want to use some curtains covering some shelves, we decided to build an awesome wardrobe in this space with the BRODER system and the PAX LYNGDAL slyding doors.

First, we built up the BRODER rack. Therefore we used the wall mounted version for the left side of the ledge. There, we used the used the front brackets and applied the small wooden shelves to it. At the edge and the remaining space we used the height extension posts as well as the metal shelves and two clothes rail on the center brackets. At the end, we had two 120 cm broad sections and two 80 cm sections. 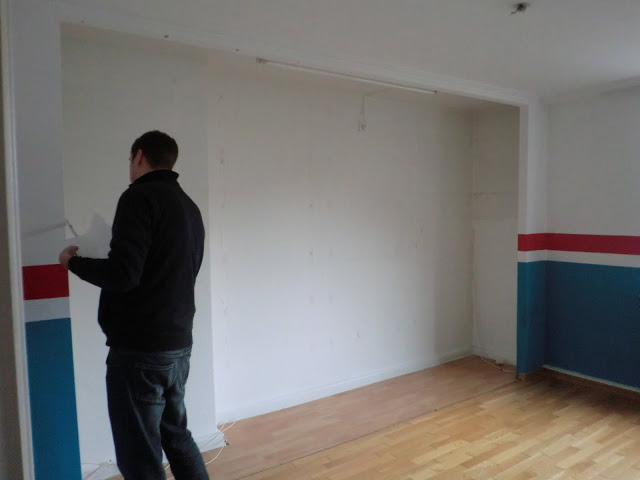 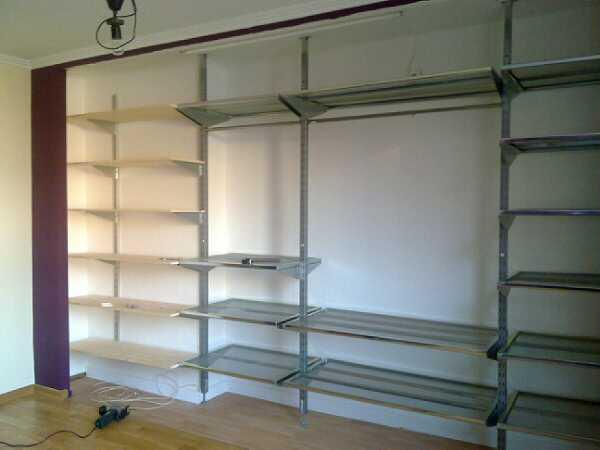 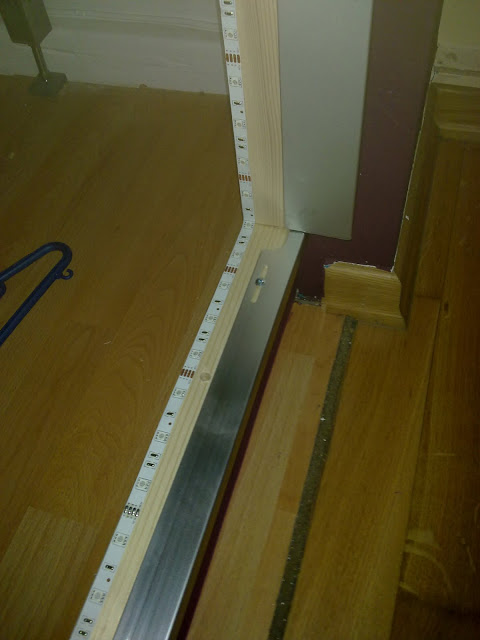 So that the interior was set up, we had to build a construction in which the sliding doors would work. We had about 241 cm in the height and 360 cm width to cover. As IKEA does not offer doors with such a size, we used one pair which is 150×236 cm and another one with 250x236cm. To actually make them sliding doors, we built a frame out of wooden strips, which covered all sides and was simply screwed together with the walls, ceiling and floor. We added a notch in the upper strip, so that we were able to plunge the upper rail of the door into it. The lower rail was screwed on top of the strip.

To give it all a bit more style, we bought some LED strips which can change their color and glued them on the leftover space of the frame, so that the glass doors are illuminated from behind.