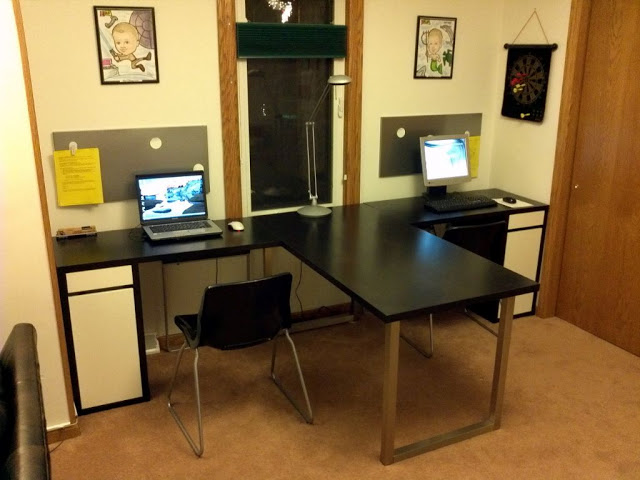 Description: #1 & #2 son quickly outgrown the activity table they have been using as a desk – as you can see from the “before”, #1’s PC dominates 1/2 the table. 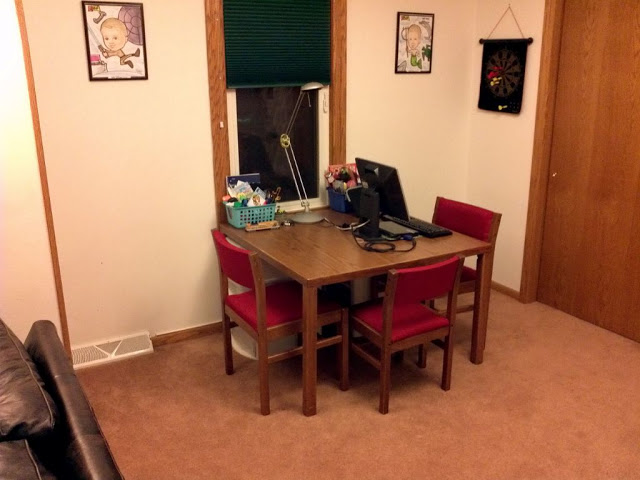 My wife and I use a hacked Galant workstation (will post it here soon), and I was hoping something similar for the kids, but the size of the space, and frankly cost, was a factor.

I spent far too much time with the catalog and the website trying to find something to fit to no avail. For some reason I saw Vika, but not Micke.

We wandered over to our local Ikea this weekend, and were pleasantly surprised to find the Micke desks + a Vika Amon table would fit the space perfectly! (Plus, it was “free lunch” weekend, so that was a nice added bonus.)

The final assembly is two (2) Micke Desks, without the long drawers, one assembled to the left and one to the right, joined to a Vika Amon table. 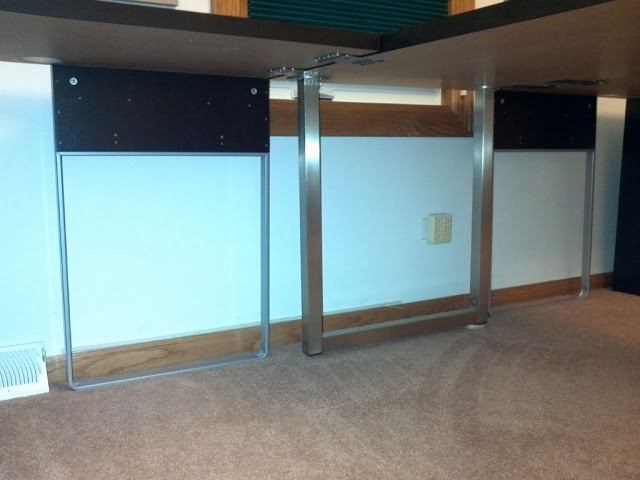 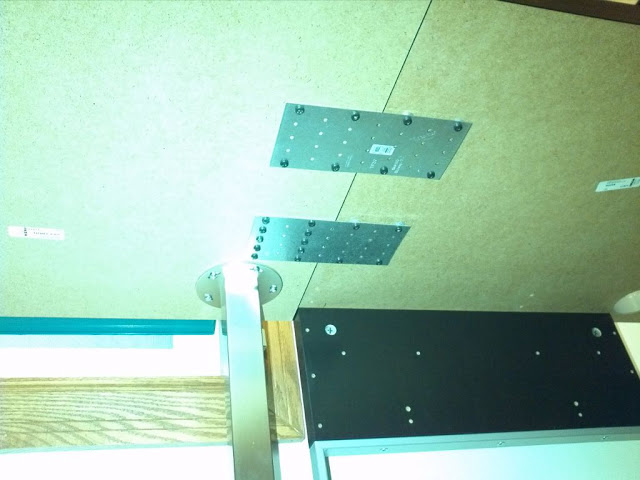 Unlike Galant, the Vika and Micke are not solid tops, they are some sort of hollow-core arrangement, so that did not give me the screw grip I had hoped for with the mending plates (Home Depot T37).

To provide more stability and strength to the Mickes while still allowing for full leg clearance, I turned the side brackets 90 degrees and fastened them to the back as a rear leg. To do this I measured and tapped holes to allow for the standard stud and cam attachment system. This worked well and made for a sturdy connection. As advice, I’d say adding the dowels with some wood glue would not be a bad idea. (In fact using wood glue on all the dowels wouldn’t hurt).

Some caveats to the mending plates – the Mickes tops are about 1/8″ (3.1750mm) smaller then the Vika top – to compensate I used washers as spacers. Next time I would probably use fiber or nylon spacers instead. You also have to be very careful when tapping the screws, since as I said these are hollow-core tops. Aligning everything, especially on carpet, can be a challenge as well. I wound up having to shim one leg of the Vika with a 3/4″ (19.05mm) piece of wood to get it all straight because of a low spot in the carpet.

The result is sturdy and should hold up well, but I still may look into getting some light box steel and making some sort of Galant-like frame near the back, attached to the Vika’s legs.

Since the long drawers attach to the sides of the Mickes, we elected to put them aside for now. We’re considering either using them back-to-back on the long side of the Vika, or possible altering one to fit between the Vika’s legs to open to the front of the table.

I will also be adding some sort of cable management to the backside of the workstation – because of the heating duct, there’s about 4 inches of clearance, so that’s a good place to hide wires.

We finished things off with two Snille Chairs, and two Spontan magnetic boards.
It’s amazing how closely this fit into the space – I knew if we kept hunting we’d find something that would fit well and serve the purpose while looking typically Ikea-sharp and modern.