An EXPEDIT Bed for kids! 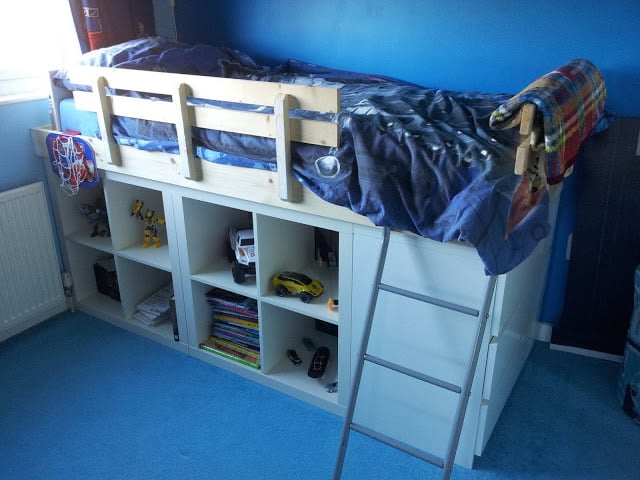 Description: After deciding to renovate my children’s bedroom, and searching this site and coming across some fantastic posts, I thought I’d give it a go.

You may recognise a lot of the hacks like this, this, this and this!

It comprises of a MALM chest of drawers, 2 x EXPEDIT, SULTAN LURÖY bed base, a SULTAN HUGLO mattress and some 125 x 25 timber and some 25 X 25 timber spurring.

So first things first.
I needed to do a test fit of the items together with the mattress. I knew that I really needed to give the bed some stability by fixing the top to at least two walls, but with the 2 2×2 Expedit’s and the MALM set of drawers the overall bed length would be too long. I will come to that later.

So as I said earlier, I needed to make sure the bed was firmly secured against the wall on two sides. I constructed the main frame from some 125 x 25mm timber (5×1 in olde English!!) and fixed it to the wall using frame fixings (The same used to fix door frames and windows etc to walls). I did this on two sides and then screwed and glued the other two sides together 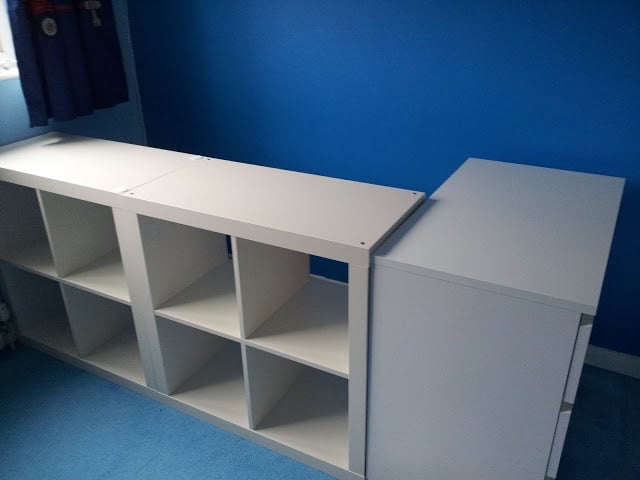 As you can see from the picture, I then glued and screwed some 25x25mm battens to the base of the frames. These would act as the support for the bed slats. Also in the picture above, I have already attached one of the Expedit units to the wall. This was done again using screw fixings through the edge of the units as this is where the internal timber supports are.

You may have already noticed that the height of the MALM is lower than the overall height of the EXPEDIT, but this was rectified using a thin piece of MDF and a cut down shelf from a LACK table!! 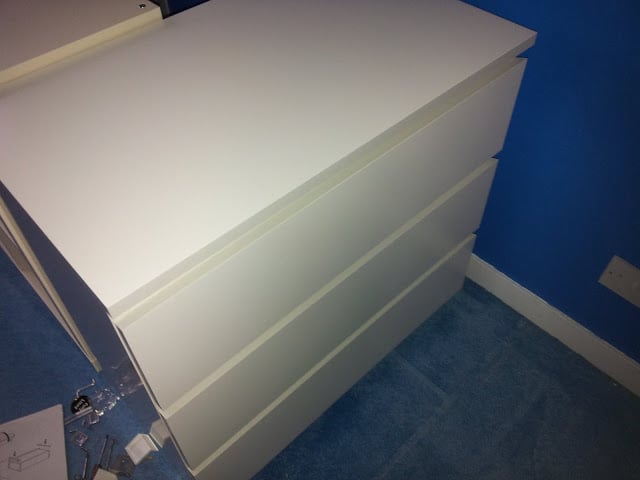 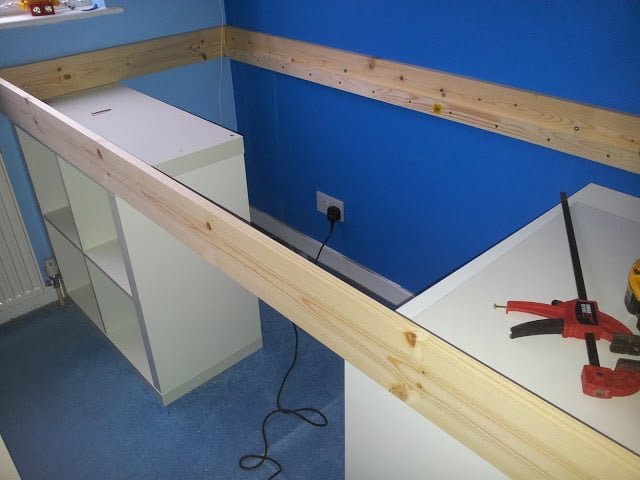 The next task was to fit the slats. As IKEA sell these separately it was just a simple case of laying them out on the battens that were in place

The battens over the MALM drawers were screwed down with 2 50mm screws. This ensured that the screws penetrated the battens, the filler pieces on top of the drawers and the drawers themselves. 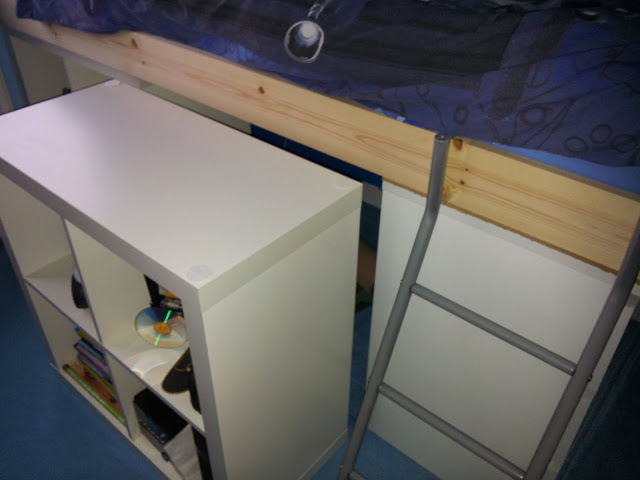 The next task was a bit of a tidy up job. The gap down the side of the MALM drawers was filled in using a piece of white faced chipboard

Of course, then came two sticking points. The first was how does my son get on the bed?

That turned out to be easier than I thought. I just cut down the ladders that he originally had on his large cabin bed so they fit and after a few well chiselled groves in the bed frame, they slid into place.

The second was that my wife panicked that he would fall out of bed. After informing her that he would probably only do it once and after recovering from a black eye for such a “stupid thing to say” I went with a fence style bed guard. This were constructed from some timber that I had in my garage and two left over slats from shortening my daughters FJELLSE bed.

What about the gap at the end of the mattress you may ask. Well after some consideration I decided to turn this into a shelf. I had some left over white faced chipboard which I cut to size, screwed down and sealed around the edges. I then made a ‘Headboard’ of sorts in order to stop his pillows falling off the mattress.

I also constructed a desk for him and added some VIKA ALEX drawers underneath.