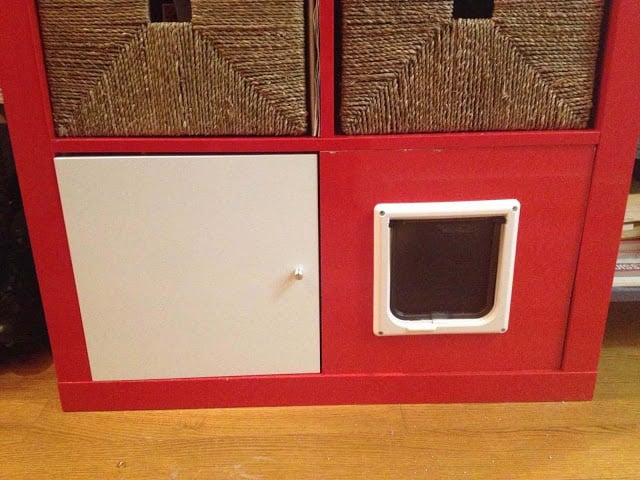 Description: I share a studio apartment with a furry young gentleman named Peanut. He’s a great roommate, but his litter box clashes with my aesthetic – not to mention the precious square footage that it occupies. So when I bought a new bookshelf for my entryway, I decided to make it double as a litter box hideaway as well.

This is a great hack because you’re only sacrificing one row of shelves – the top three rows can still be used for storage. I left the top four cubes open and stuck KNIPSA baskets in the bottom two. You also don’t have to buy much in addition to the shelving unit itself, since most of the construction will make use of repurposed unused pieces (except of course for the cat flap – I bought mine on Amazon for about $12). 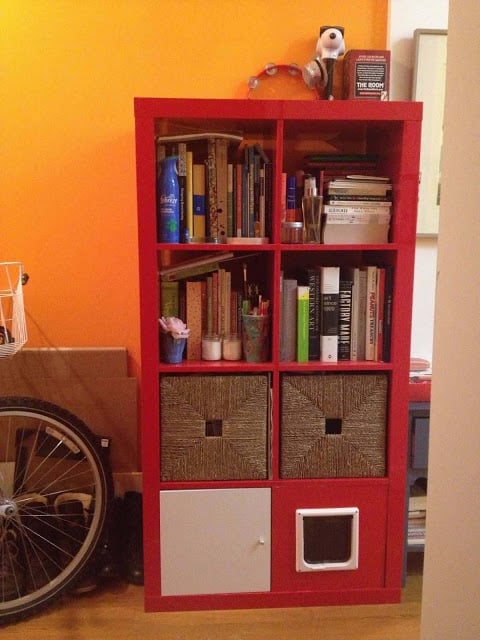 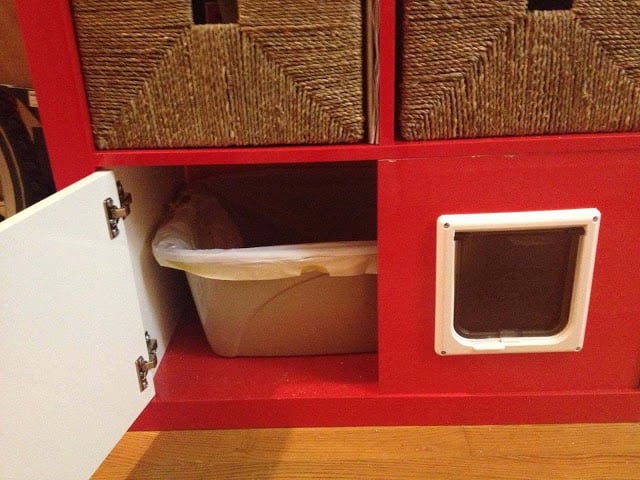 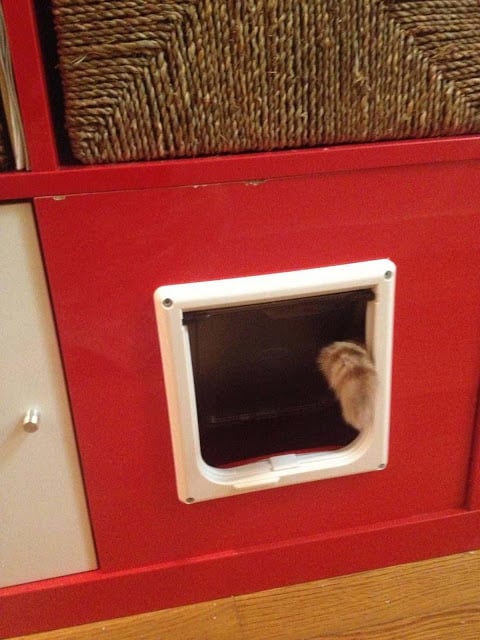 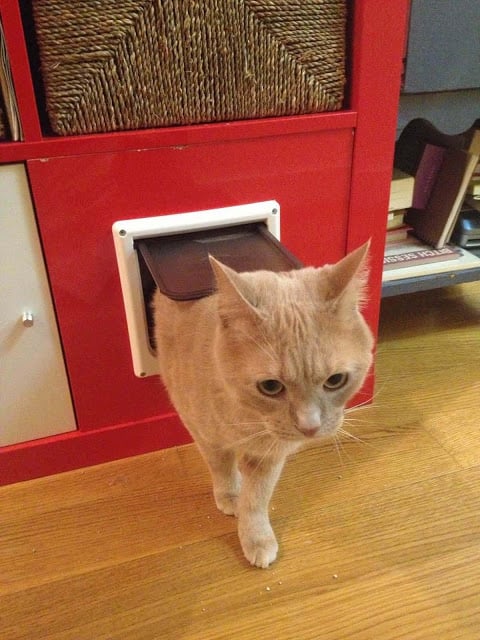 Start by assembling the EXPEDIT unit, skipping the shelf divider on the bottom (so that the bottom shelf isn’t divided into two separate cubes). There may be wooden pegs sticking out where the shelf divider should be; you can just saw or sand those down. Don’t throw out the unused shelf divider, though – you’ll need it later!

Now you have a bottom shelf that’s half-closed – the spare shelf divider is going to become the other half. Right now it’s a bit too long to fit neatly next to the door, so cut it down to size using a jigsaw (or a handsaw and some serious elbow grease) to trim about 1″ off the short edge. Next, install the cat flap in the center of this panel according to the instructions on the flap.

Slide the panel into the front of the shelving unit, wedging it tightly in place next to the door insert. You can open the door to place the litter box inside, and your kitty can use the flap to step in and out.

Et voila! No big ugly litter box taking up floor space, and way less litter scattered all over the apartment.