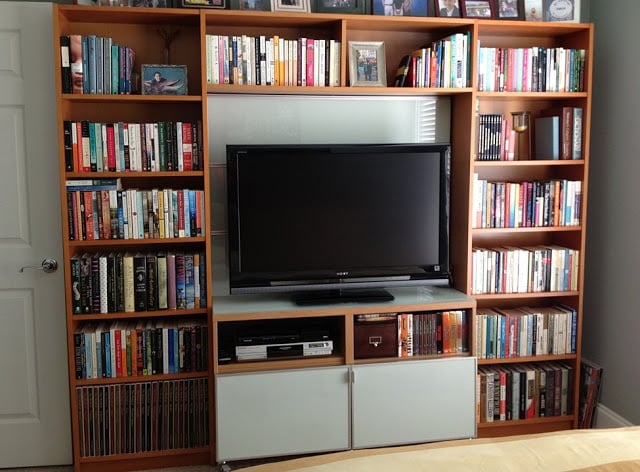 Description: We converted our guest bedroom into a TV viewing area and needed a wall unit that would hold a 42 inch TV as well as a boatload of books. Because the unit was being placed on the wall where the door opens, we only had about 8.5 feet of clearance. Most entertainment systems were either too long to clear the door or too short and would not fit all our books. Even at IKEA the majority of options were 15 or 30 inch wide bookshelves and 47 inch TV stand.

We decided to use our existing Billy bookcases and hack it to what we needed. We were staring with 2 24 inch bookcases (no longer available), 1 30 inch bookcase and 1 end unit (also no longer available). We gave away the 30 inch bookcase and used the rest for our hack. The length was exactly what we needed when combined with the Besta TV stand, but we ran into an issue with color. Since our Billy bookcases were years old, they were in a color no longer offered. We decided beech would be close enough considering most of it would be covered. 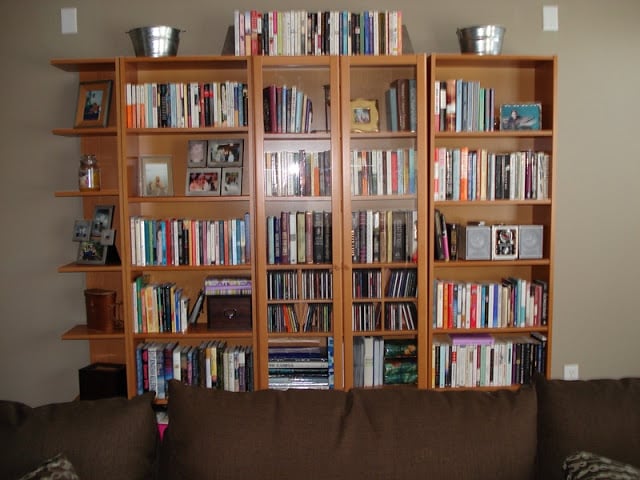 We assembled the TV stand with doors, casters and the Framsta panels and placed it in between the bookcases. We took apart the Billy end piece and had the 2 sides cut down to the same length as the Besta cart to create the overhead shelf. We also had one extra piece cut to create a divider in the middle. We usually take these to Home Depot or Ace Hardware – they will cut materials you didn’t purchase in store. The bottom shelf we screwed directly into the sides of the bookcases. The Framsta underneath provides extra support to keep it from drooping in the middle with the weight of the books. The top shelf was attached with flat metal brackets. 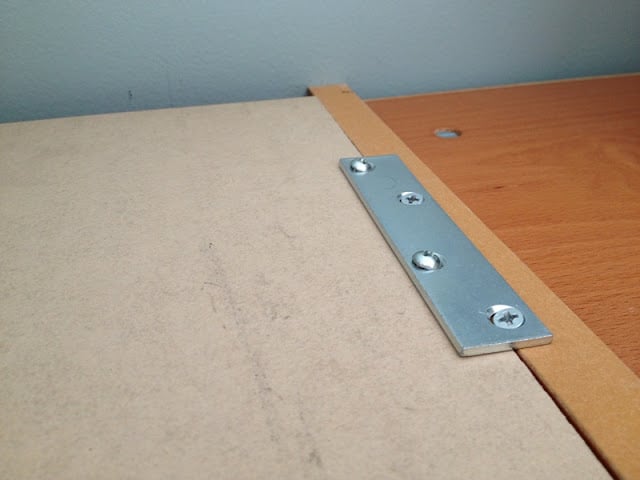 To create a more finished look, we took the back panel from the left side of the Besta TV stand (which we wanted open to run cords anyway) and cut it in half along the seam. It fit perfectly into the overhead shelf once the divider was put in. These are not attached in any way but have managed to stay put on their own.

For the glass top, we could not purchase the standard ones because they are the full depth of the Besta, but the Framsta takes up a few inches. We needed the top due to the color variation so we purchased an extra set of Framsta glass panels and layered them to cover the surface. 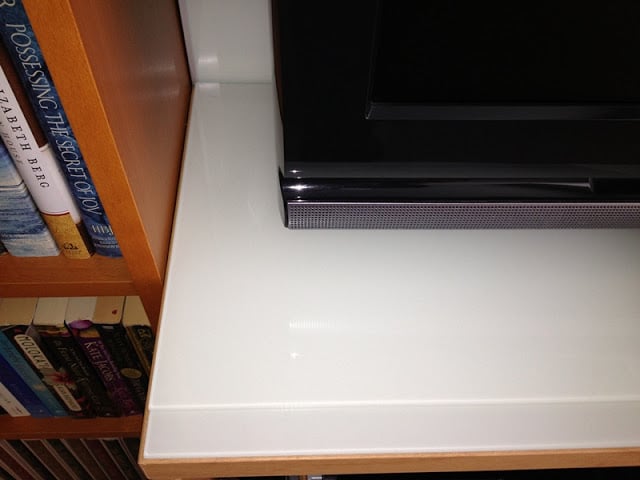 Lastly, we reused the 12 inch square shelves from the end unit in a dead corner in our living room using shelf brackets purchased at The Container Store. 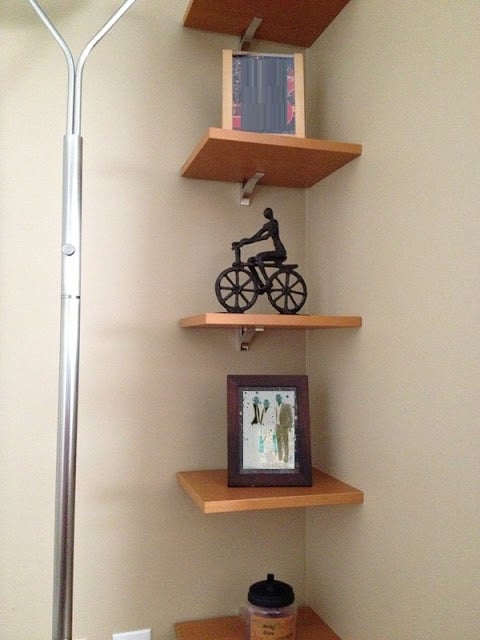