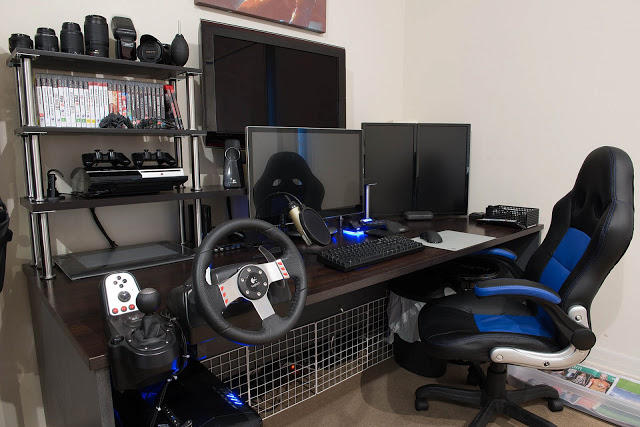 Description: I thought my desk needed more organization, everything just seemed like it was everywhere. So after seeing a few hacks after a friend suggested this site to me I decided to try a project out for myself.

After a week of planning I didn’t realize that the 21cm CAPITA’s were really tall but luckily my desk space is 210cm x 100cm so having such tall partitions weren’t so bad after all.

The materials needed were: 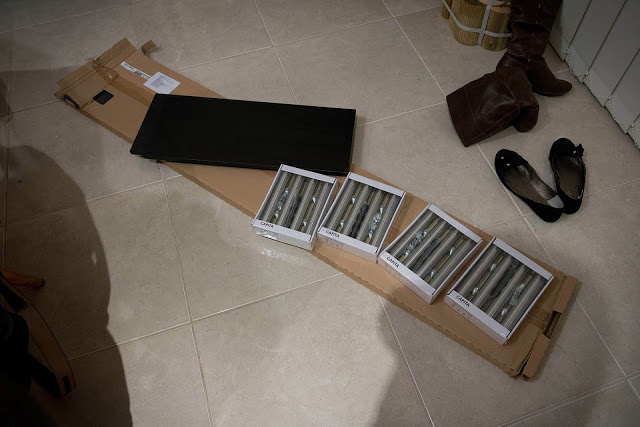 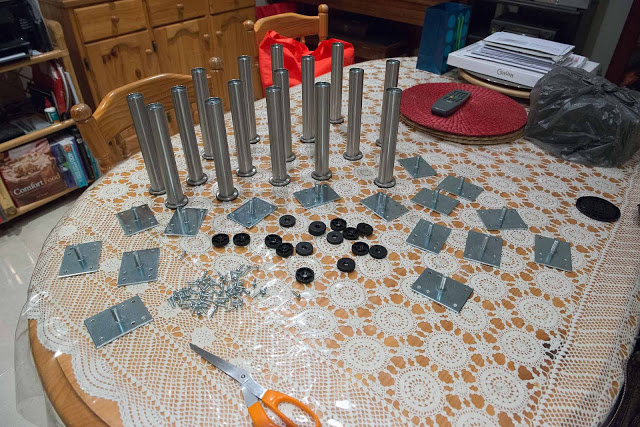 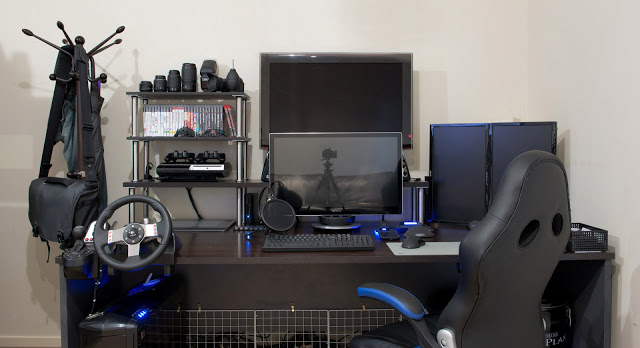 I attached 4 CAPITA legs to the bottom corners of both LAIVA’s. Which was simple enough.

The next bit was a little trickier. The AMUND is quite long, 150cm so I needed the extra legs. Currently I’ve got a 32″ LCD resting on it including the PS3 and Nikon gear. It needed to be solid. You can see the two extra legs I attached to the left of the main monitor. I’ve also attached one directly behind the main monitor to support the TV. What I did not take a picture of was a 8cm deep, 4cm wide chunk of wood I cut out directly behind the monitor so the irremovable mount behind it could fit in so the monitor was up against the AMUND to create a little more desk space.

All in all, I’ve even got more stuff on the desk now but it looks so much tidier and surprisingly I’ve got mode desk space to work with.