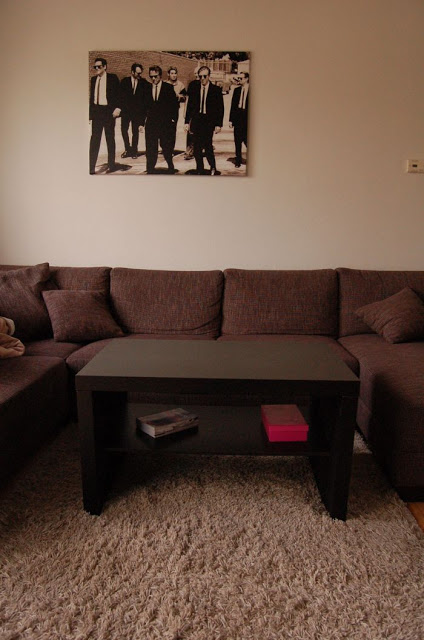 Description: Our old Lack coffee table was a little bit worn-out, so we kept looking for a new table that would fit into our U-shaped couch. It turned out that tables from Ikea or other stores did not fit so perfectly or were much more expensive.

So we bought a new Lack and thought about a way to make it look a little bit less “standard”. As the old Lack had some dents but was still useable, I cut its top in half with a circular saw and used the two halves as table-legs. I connected the legs with the table plate with some wood plugs and attached two angle irons in the corners to give it some more strength. 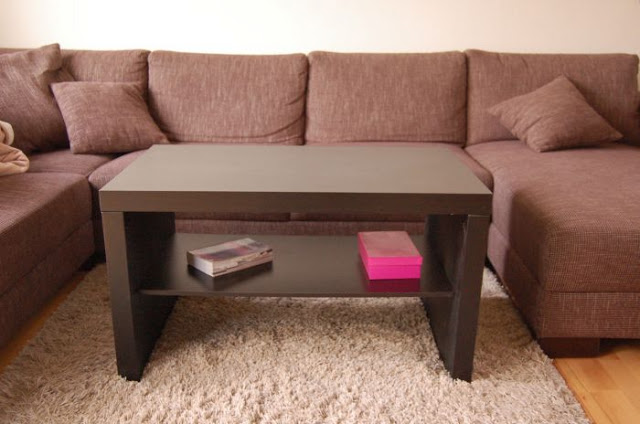 Finally the inner side of the legs (the former underside of the table plate) had to be spray-painted black and the lower shelf needed to be shortened a bit to fit between the side plates.

The new side panels are a little bit longer than the original legs, what i appreciate because the original Lack sometimes was a bit too low. Now it has the right height and you need to take a second look to recognize that it’s “only” a Lack 🙂