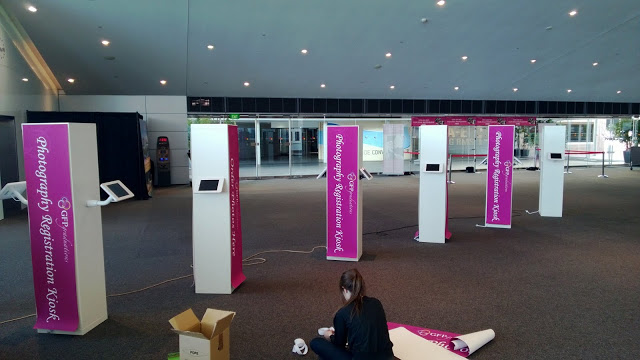 Description: I recently developed a custom app for my company to take registrations, replacing paper forms. This is my second ikea hack using the ipads and I am very happy with the result.

We assembled the 5×1 Expedit with a single shelf 2/5’s of the way down. An Ikea 3 port power board was fixed to this shelf and the power cord passed through a channel between the shelf and the inside of the sidewall, sorry no pic.

A ‘builders block’ (besser block?) was placed in the bottom to add stability.

A $26 LCD TV mount from Bunnings hardware store (Ross 13″ – 32″) was then fixed to each side of the Expedit 90 deg offset so that instead of the iPad being able to pivot left and right, it could pivot up and down to provide optimal viewing angle. A hole in the middle of the LCD mount was also drilled through the Expedit and used to pass the iPad power cable through to the inside where it was plugged into the power board. 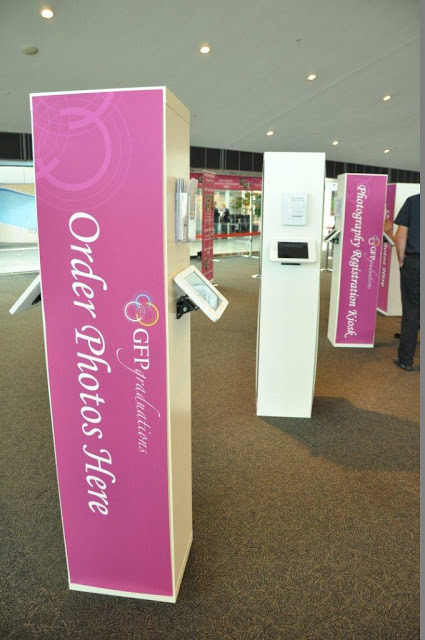 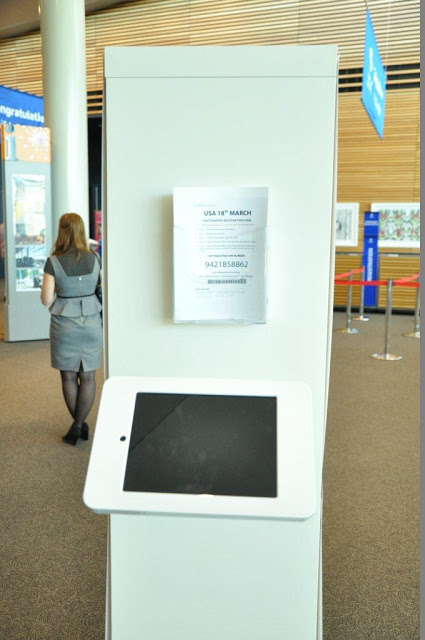 Lastly the lilitab iPad enclosure with iPad in it was attached to the TV mount, (standard 100mm VESA mount)

We finished it off by hiding the open front and back with some pull up banner style prints which our lab produced cut to the exact size I asked for which allowed 2cm border of white to show on all edges, fixed in place with Velcro. Note in these images the banners were not fully fixed as we were still charging batteries etc.

p.s We are a photography company in this instance providing studio portraiture at a university graduation ceremony. Two graduates asked us how they got into the kiosk to have their photos taken….