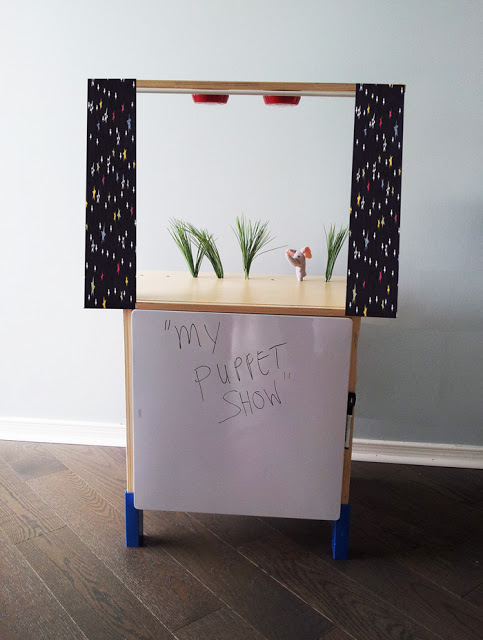 Description: I wanted to get a puppet theater for my 5 year old grandson. There wasn’t one at Ikea and the lemonade stand was too big and could easily fall over. So I made one very simply from the Duktig tool bench and he helped me make it! We also added the Trofast bin as directed.

I constructed the bench following the instructions exactly but left out the blue peg board from the back in step 11. This small bridge part is now the front of the stage and holds the curtain and lights. We also used the battery operated Ramsta lights as spot lights for the stage. (His favorite part). They come with two self adhesive pads, but no AAA batteries. Each light takes 3. 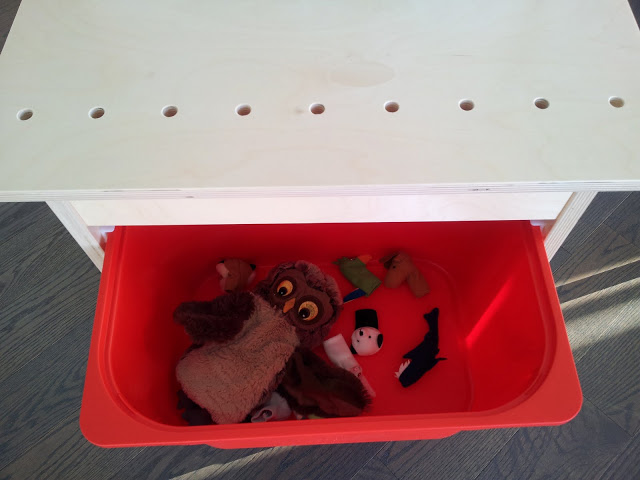 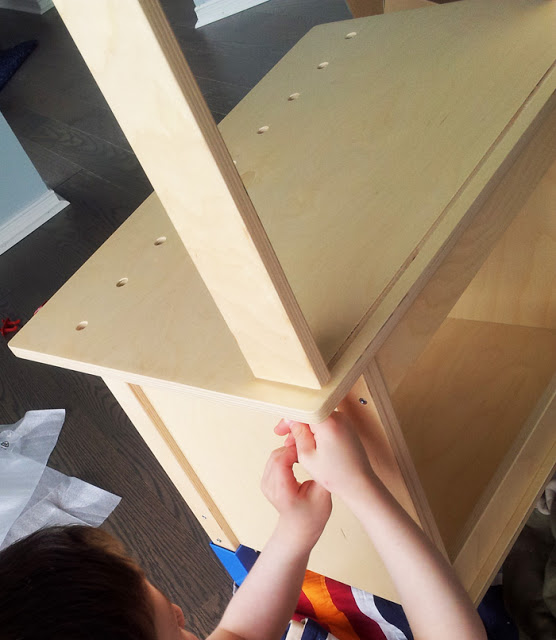 I then velcroed a dry erase/magnet board to cover the front opening. This can announce the name of the show with magnetic letters or write with a dry erase marker. Last step is to add a sash curtain rod to hold the drapes in front of the stage. (See pic for all accessories.)

The drapes were made by simply sewing a pocket in the top and pushing the sash curtain rod in the pocket.
The holes in the ‘stage’ become a handy spot to add scenery to the show or to stand a finger puppet on a dowel.
If you wanted to make the over head bridge part larger you could use the Duktig microwave shelf part instead of the top of the tool bench. This was my original idea, but later decided, it wasn’t necessary.