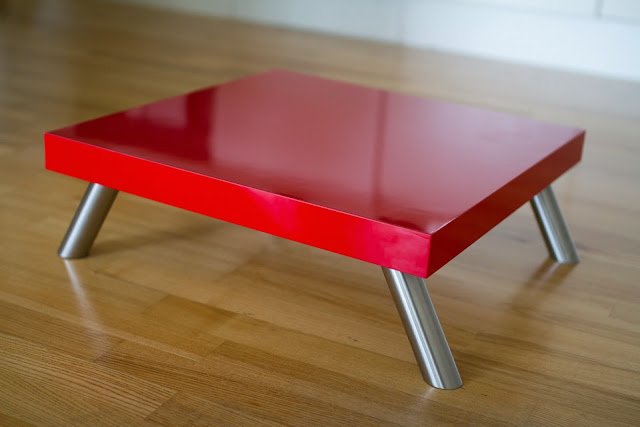 Description: My girlfriend is just shy of five feet tall; I am six and a bit. I’ll leave the rest to the imagination of the reader, but I felt we needed a stool at around 8″, which is hard to find.

I got a Lack coffee table and gutted the tabletop itself, leaving the particle board on the edges as not to damage the painted finish. I trimmed them with a knife, then had a piece of plywood cut that fit precisely into it (530mm square.) 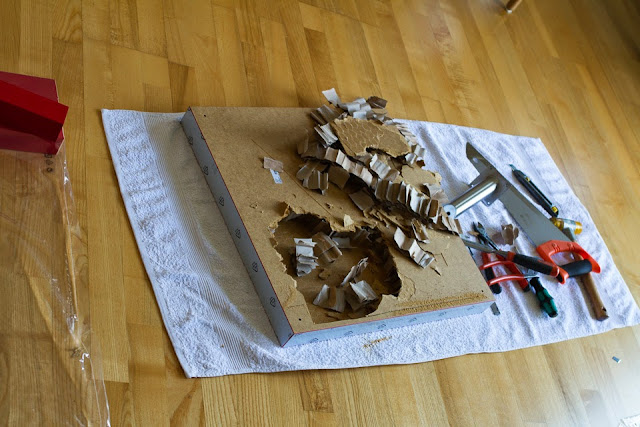 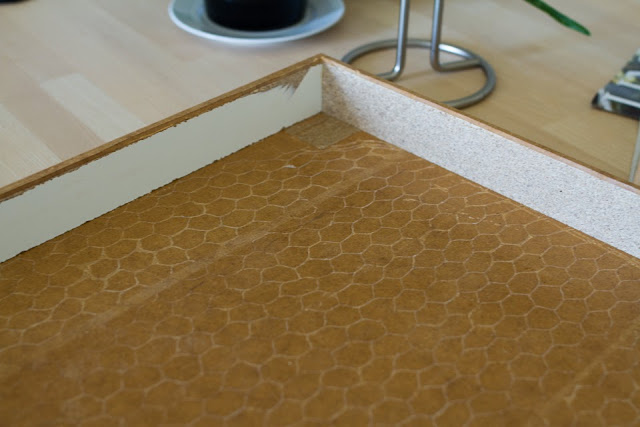 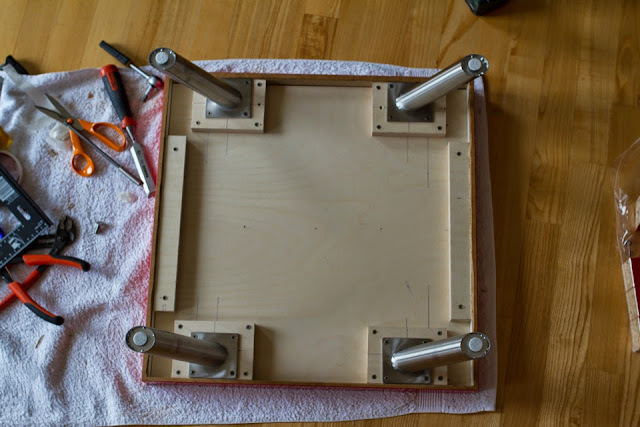 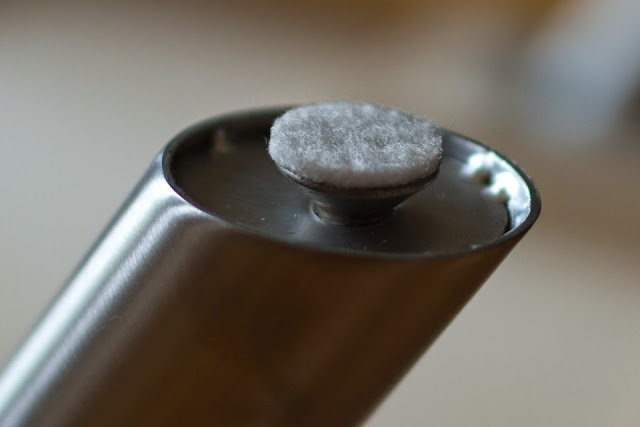 I then fitted four angled Capita legs to the plywood, and attached the gutted Lack table with double sided tape. The idea is that it should be possible to replace the tabletop at a later point without ruining the base, if (when) it gets scratched or if a change of color is in order.

Finally, to not damage the floor, I took some M10 countersunk bolts and screwed into the legs, and added a sticky felt pad.

My girlfriend is an architect, and knows how stuff is supposed to look, so she demanded I move the legs in so the tips sat flush with the edges. At the same time, I inserted little plywood spacers, giving everything another 3/4″ height. Another option would be to angle the legs at 45 degrees.