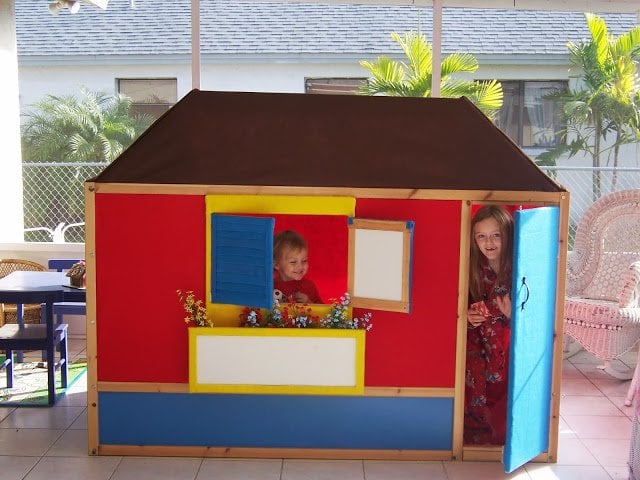 Description: I removed the slats used to hold the mattress up, and I flipped the bed frame opposite of how it would be used as a loft bed. I then removed the ladder rungs. I used the slats to make a door to fit the space that was formerly the ladder and attached with hinges. I also added a hook lock.

I then enclosed the open spaces with large sheets of felt. I used the purchased 2×2 boards to elevate the roofline so my oldest child could enjoy the playhouse. I angled the ends and nailed them to the frame, and then I covered with felt. I left the rectangular space at the top open to let in light and avoid the need for artificial light. 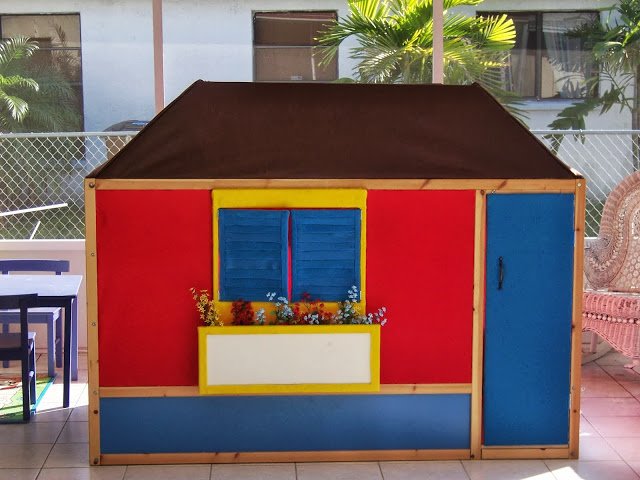 I constructed the window and flower box from the Apa storage box, and affixed it with leftover slats from the Kura bed. The Apa box ends were used to make the shutters, which I attached with hinges. I used more felt to give the shutters a more realistic look, and I added flowers as a final touch.