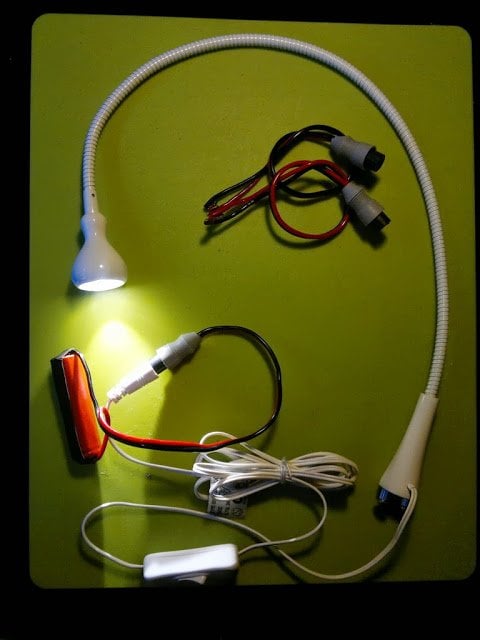 Description: I want to share with you a simple “invention” I made to have a camping Jansjo.

At home I have three lamps JANSJO–. They are powered by a switching power supply. The cable lamp is connected to the 4Vdc power supply by an old type speaker connector (in Italy we call it “Punto-linea” connector).

Within the head, close to the LED chip, the current is adjusted with a special IC (I have opened one head, but I do not remember: I think there are two 340mA regulators in parallel for a total of 680mA) and a voltage of 3.4 V is enough to obtain the maximum intensity. 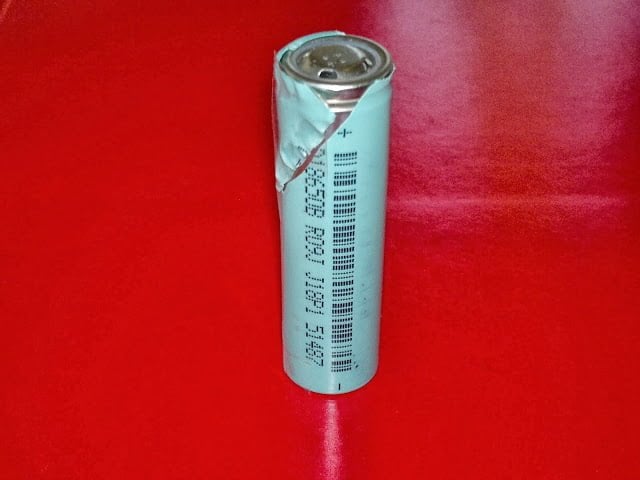 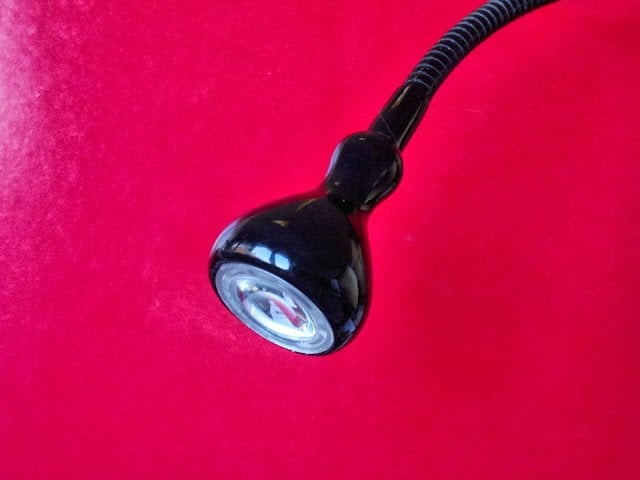 Having some Lithium cylindrical 3.7V nominal (3 ~ 4.2V according to the actual state of charge) 2.4 Ah cells salvaged from old laptops battery packs (I also use that cells for the flashlight, etc., and charge them with a specific Li-ion charger Soshine SC-S1 V3) I thought it might be suitable for JANSJO.

So I connected a small piece of red and black wire to female speaker connector and the other two ends to a
cell, holding them by a slice of bicycle inner tube. (anyone who repair bicycles has some of them to give). The night between the 14th and the 15th of August we had four hours of great lighting at about no cost in the gazebo at the beach!

Ah … I had also brought the gas lamp, but the light was ridiculous compared to a single JANSJO–! 🙂

Have a good camping! 🙂