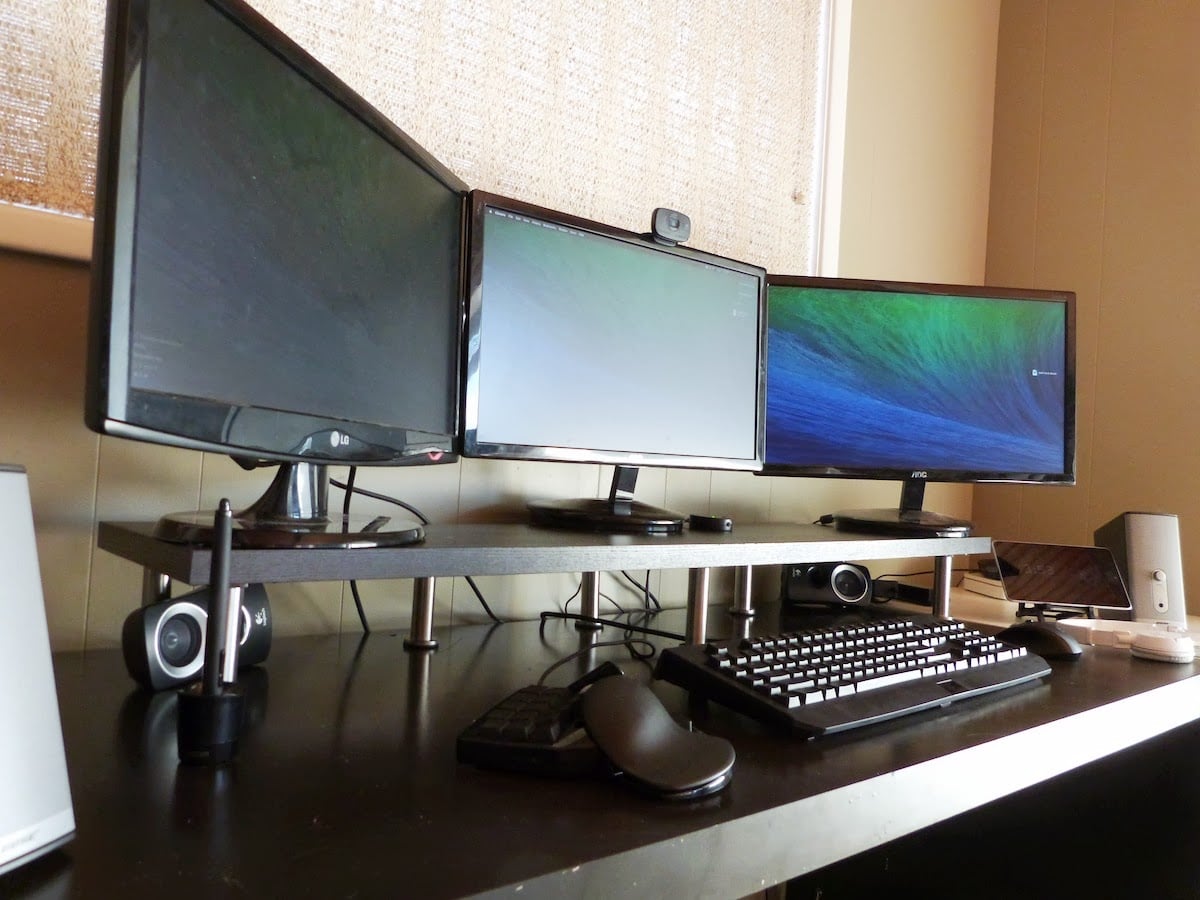 Description: I wanted to raise my monitors up to eye-level, but as I work on a triple monitor setup, the simple monitor stands I’ve seen on Ikeahackers wouldn’t cut it (unless I made one for each). Instead I researched my options and found the Ekby Jarpen shelf would do just nicely at $14.99, spanning just barely wide enough to sit all three of my 21inch monitors with their bases going to the end. Add a few Capita legs and you have a nice space to place your unused keyboard or peripherals under (and hide a set of desktop speakers on their sides even).

It was a simple hack:

Mount a leg at each corner of the shelf.

Then mount another two legs, in the back between center and each corner.

The last 2 legs might be overkill, but I aired on the side of stability and figured I would just have them lying around anyway. 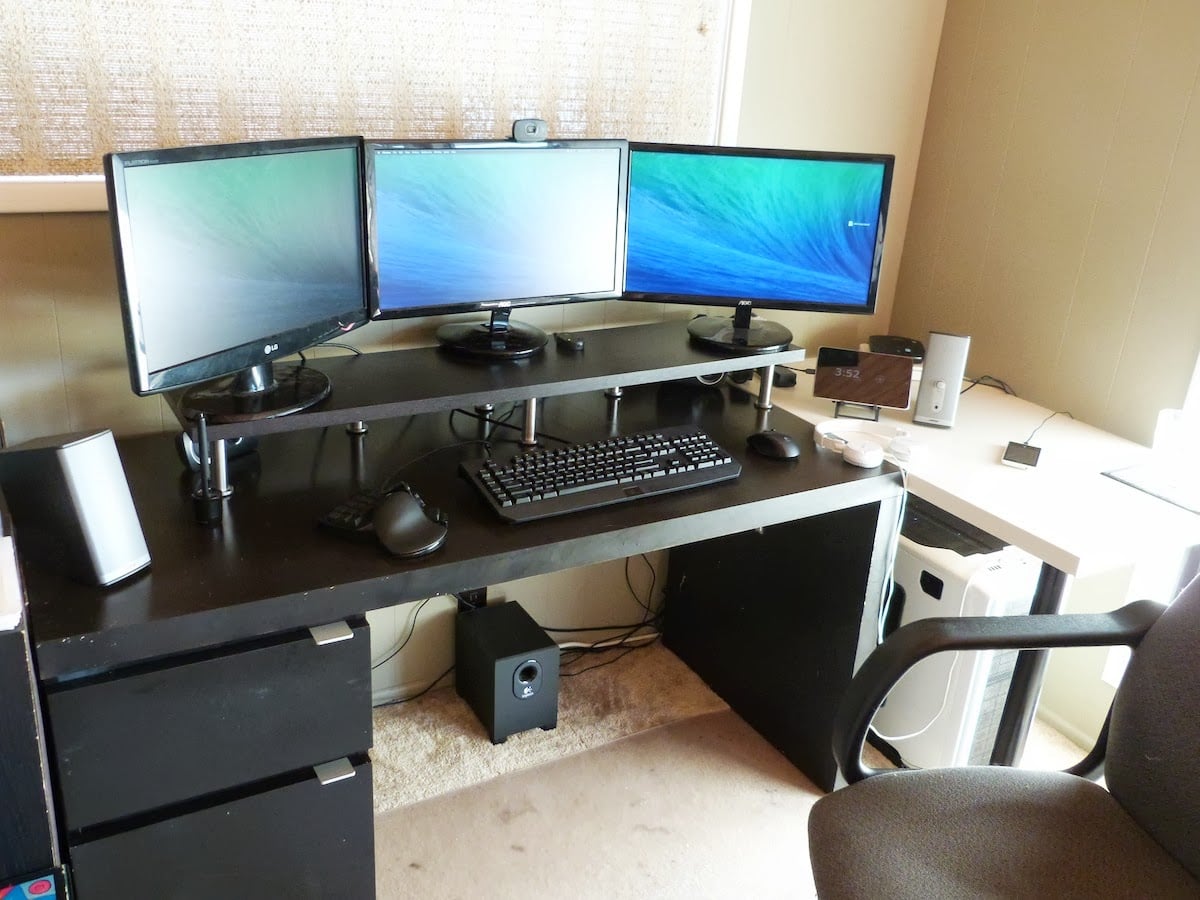 The only caveat was that I found the center monitor would hang slightly over the edge to achieve the slanted setup of monitors I desired, so I ended up remounting the back center leg so that it overhung the back by about 1.5 inches, and added a bunch of scrap wood as a sort of “block” just to give a bit of extra support to the center monitor.

Of course, if I was less picky, then I would have been able to get away without the back support – just shifting the monitor setup to fit the shelf.