My girlfriend and I decided, that we needed a nice coffee table, but none of the usual suited our needs. It should be a table not everybody has in his living room, and we wanted to store some annoying stuff inside, for example different remotes, a serving tray and some other stuff. And Lack was nice for 3 month after moving in our new flat, but is not any more what we liked. See for yourself, isn’t it a mess? 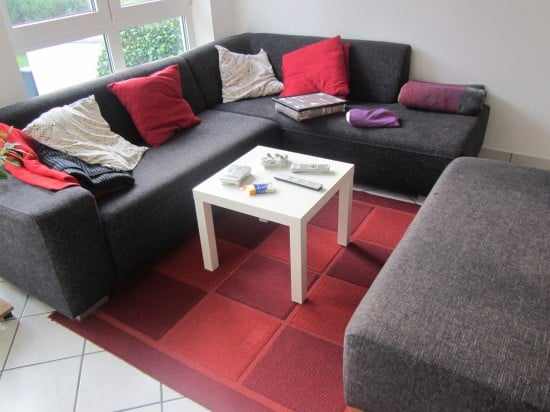 Now lets start assembling things. I started with the two BESTA Cabinets, no photos, I think everybody is able to do this. Once they are finished, I put them on the LINMON tableplate with the BESTA Drawer front in between to have the proper distance later on. Be sure to place them centered and then fixed them with the long screws. 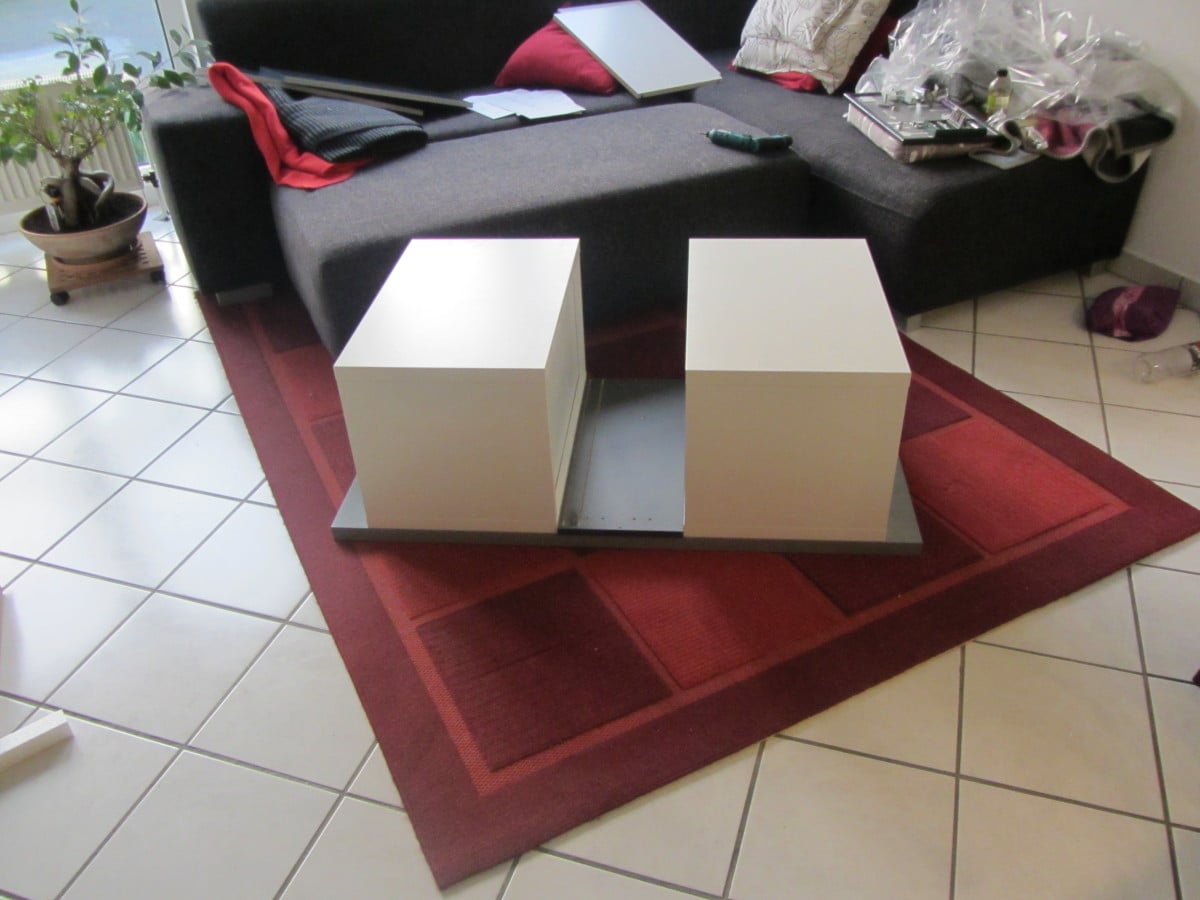 Now the real annoying part starts: you have to mill 4 notches into the back of the drawer front, where the Nupsis get in. This produced a lot of dust and was really hard without the right tools, but take your time for every notch and you’ll be happy with the result. 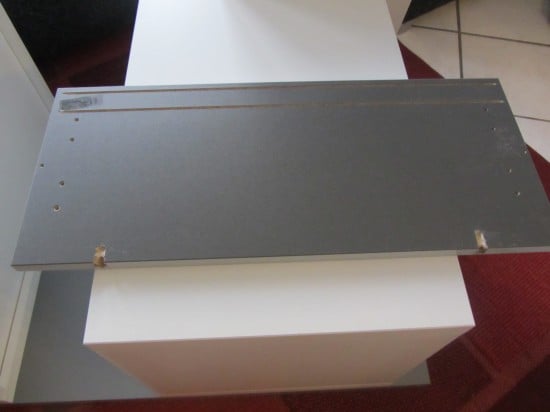 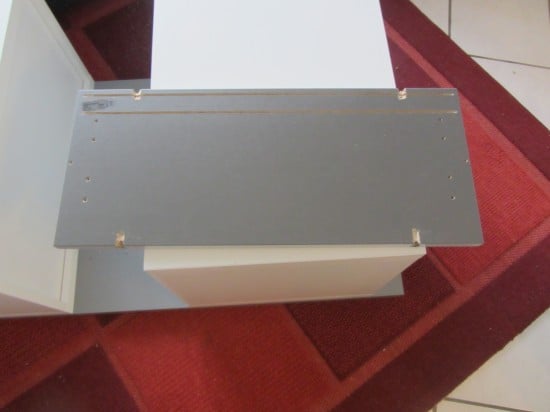 The trickiest part is now waiting for us, drill 4 holes for the Nupsis to hold the drawer front. Measure really careful, and after you are finished, do it again, otherwise the board will not fit right into the middle of the table. After a while you end up with this 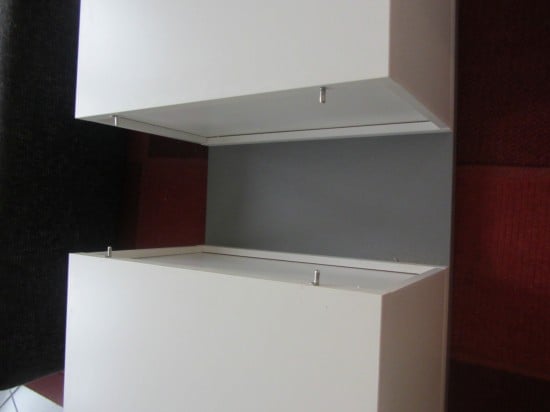 Now just, assemble the rolls to the bottom of the LINMON and you are almost ready. 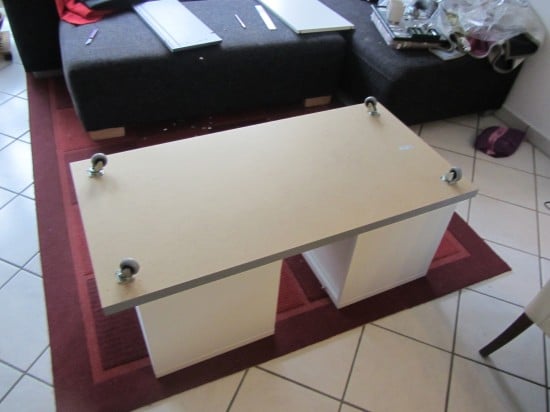 After you have done that, only standard is left, assemble the two doors and the door openers, clean up the floor, or leave it if you like to argue. 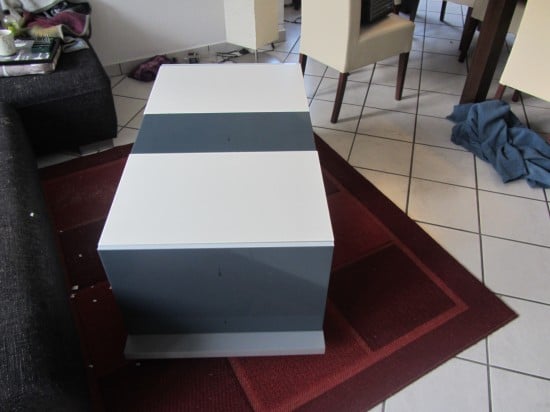 Last thing, remove the protection film, and you are ready. 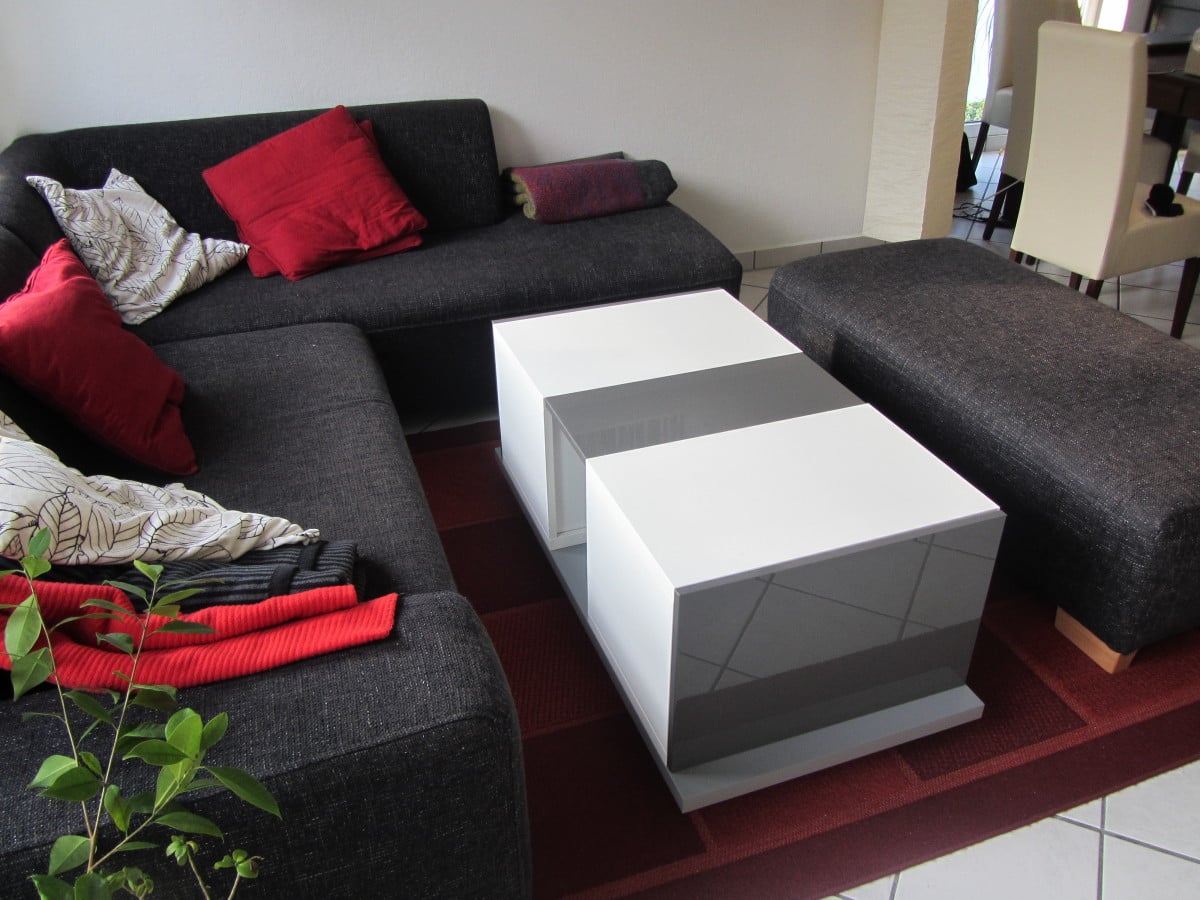 Now you have a beautiful new table, you can move it around easily and you have some room for remotes and other stuff (Fanciful german: “Krempel”).