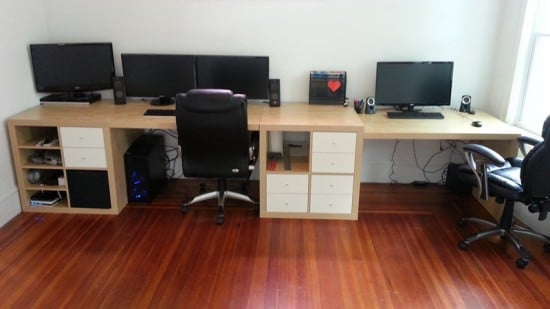 Hello, this is my wall-to-wall Expedit-based desk. It was pretty simple but it turned out quite nicely, so my girlfriend convinced me to submit it here. I don’t have any “making of” pictures though since I hadn’t planned on posting it when I was making it.

When my girlfriend and I moved into our new apartment, we had a large office space and we wanted a really big desk to fill it. The space was about 12.5 feet (380 centimeters) across, and we wanted a wall-to-wall desk that we could share.

I knew I wanted to use Expedit 2×2 storage units for a good chunk of the desk, because I love storage. I wanted the shelves to face out from the desk though. It seemed like most Expedit desks have the shelves facing in towards the center since that is how the standard Expedit desk mounting bracket is designed to be used. 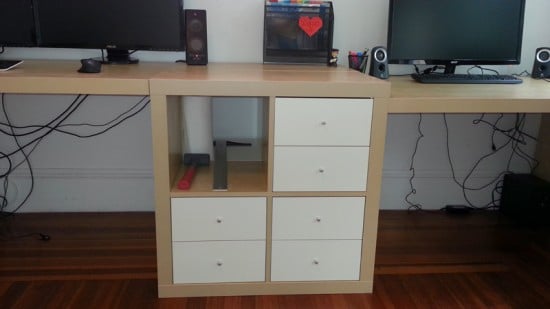 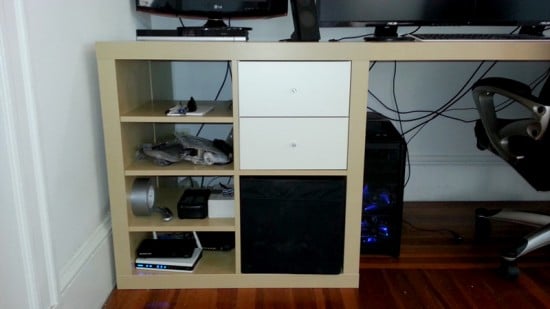 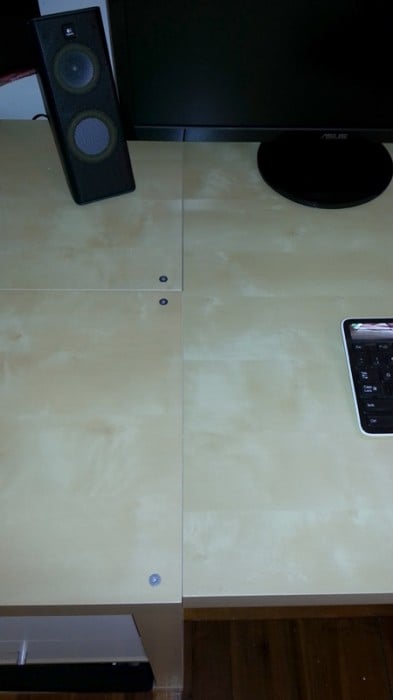 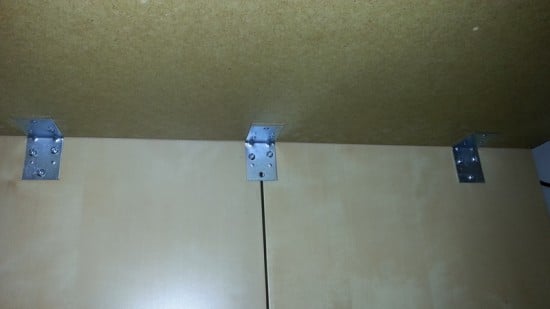 I just used some double-wide L brackets from the hardware store to mount the Expedit desktop pieces onto the sides of the Expedit 2×2 units. Because the brackets are being screwed into what is basically particle board, I used wood screws with large threads and filled all my pilot holes with wood glue before screwing the brackets into place. The wood glue will dry into the particle board to make the screws much sturdier. The screws are holding up a surface that is load bearing, so I wanted to make sure they wouldn’t tear out.

Originally both desktops were going to be mounted flush to the tops of the 2×2 storage units (for aesthetic reasons) but my girlfriend wanted her side of the desk to be a little lower. It ended up working out though, because it allowed me to use the standard Expedit desk “leg” piece, which would otherwise have been too short.

I also wanted smaller shelves on my side, which would be about the size of the ones in the shelf inserts, but open to the back so I could run cables through them. Yes, I am very particular about what I wanted in my desk 😛

I used the two half-size dividers from the rear Expedit unit to make them. I drilled 3/8” holes into the vertical dividers in the front Expedit, and into the left side of the frame so that I could put the extra dividers in using the standard Expedit wooden dowels.

We ended up liking how it came out, hopefully you will too.