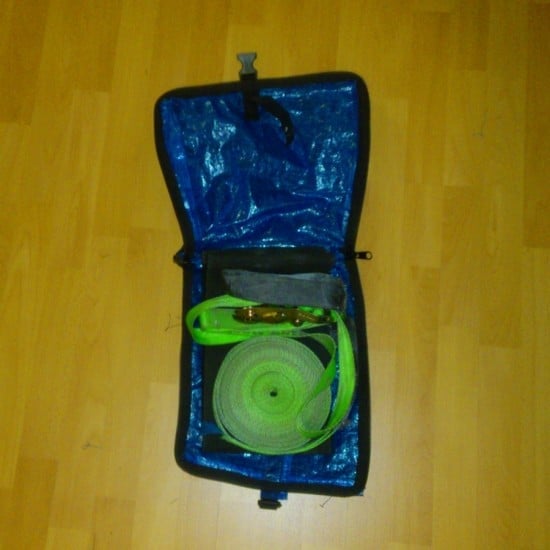 Made a bag for my slackline which can be used as a small picnic blanket when the slackline is taken out.

I used a FRAKTA bag, a woollen blanket, a long zipper and a buckle (which isn’t really necessary, but it can be used to carry the bag).

I had already unstitched the bag for a previous project (juggling ball bag) and this time, I used the mantle part. I laid it out on the floor (Image 1), put the slackline equipment unto it and figured out how much of the material I would need.

I had roughly figured out the folding pattern (to give it the second use as a picnic blanket) on paper and cut the blue material accordingly. 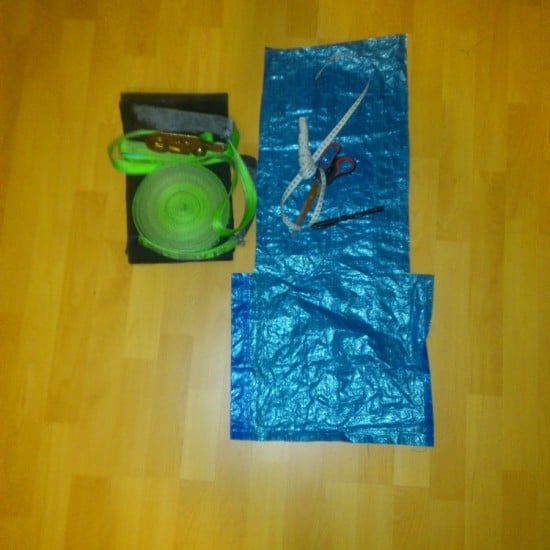 Then I laid the blue material unto the woollen blanket and cut the blanket into the same shape. After that, I sewed them both together. I sewed seams where the folding lines would be later. 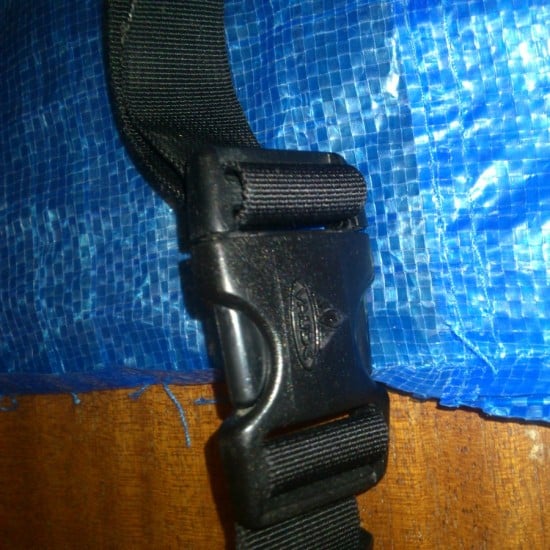 Then I added the buckle onto the blue material, sewed the open zipper not very well to the edges and that was it. I admit, it doesn’t look too great in its closed state, but sewing zippers unto things is really difficult and at least it looks better than the plastic bag I had the slackline in until today. 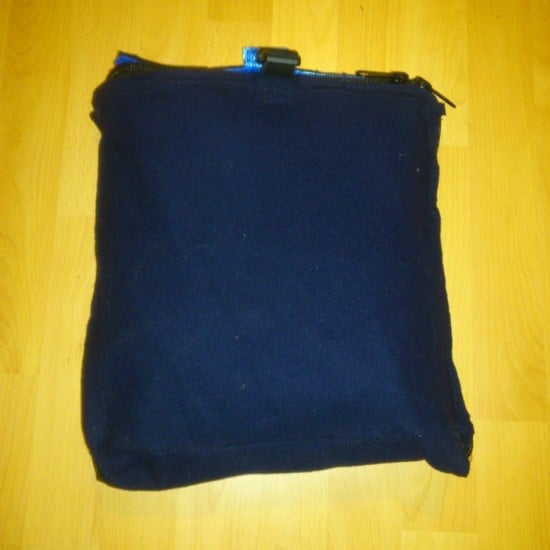 Improvement ideas: Use press butttons instead of zipper. (Use felt instead of wool.)