So this isn’t a new hack — it’s been done.  Chad did it as a Macbook Air stand. I just wanted to point out that the same hack of the IKEA FANTASTISK napkin holder works for standing your Mac Mini on it’s side, as well as your Apple Airport Extreme Base Station.  In fact, the Airport now runs much, much cooler than in it’s normal position horizontally, because the bottom is exposed (the bottom is the warmest part of the device). I just couldn’t justify paying $15 for the NewerTech’s NuStand Alloy after I found Chad’s hack.  And I’m very pleased with the result aesthetically as well. 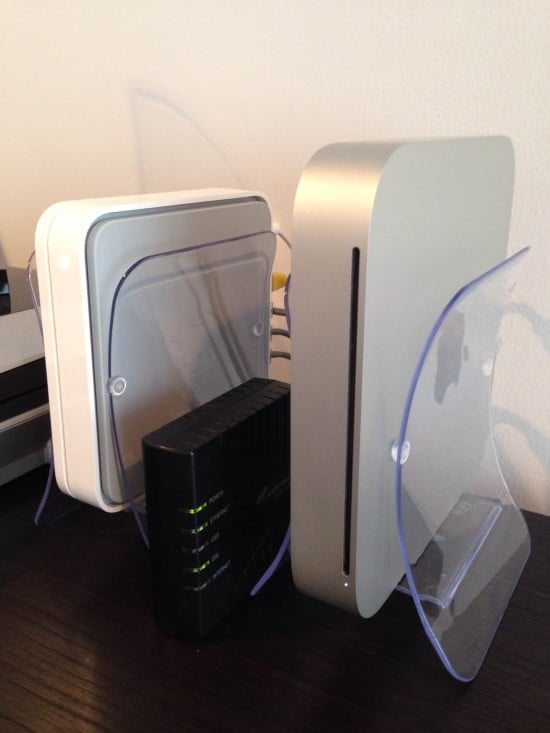 The only real modification I made to the napkin holder was to add vinyl bumpers to keep the flat surface of the FANTASTISK away from the devices to allow more airflow. 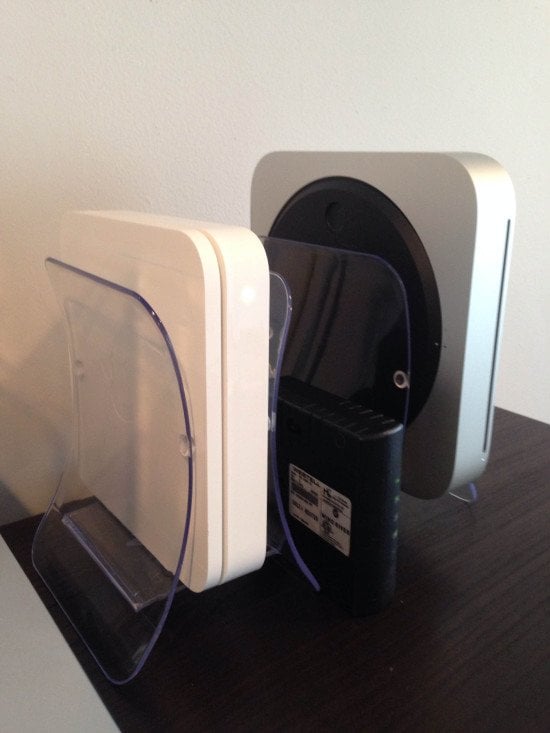 Overall, it works great in terms of cooling and saving space. 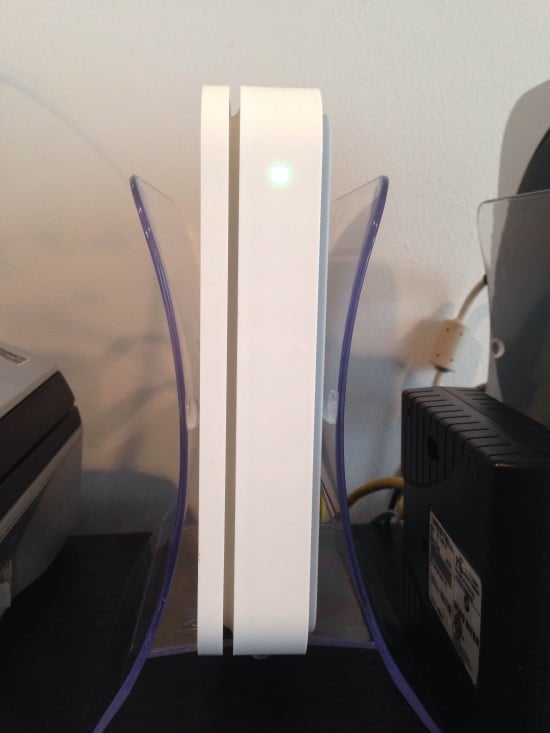 I bought two more for my Mini and AEBS at home (these are in our office). 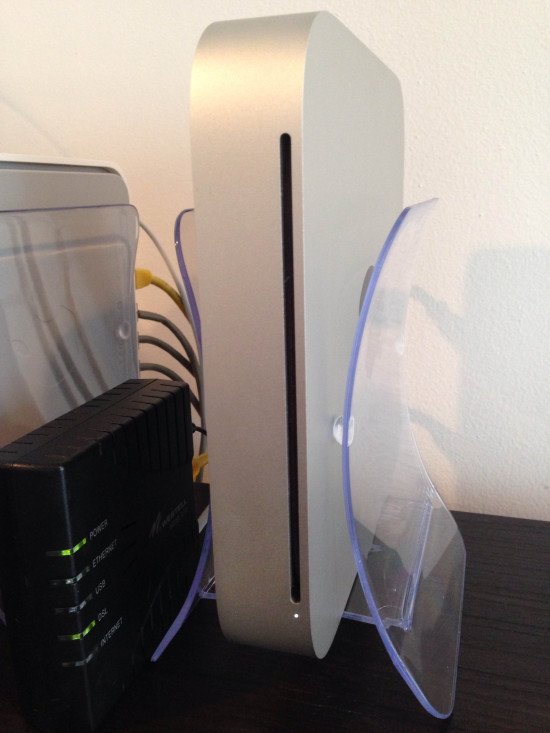