So I found myself stuck in my fathers house during the snow storm on the 12th of February of 2014… what to do but to go thru his garage and build something!

I found some old skateboard decks which were leftover from an art installation project of mine from back in the day (which by the way happened to be a Tuesday)… and I found some IKEA Capita legs – my dad saw these items; and with a stroke of genius said “mount them in my office on the end unit” – which happens to be an IKEA Alex Drawer unit 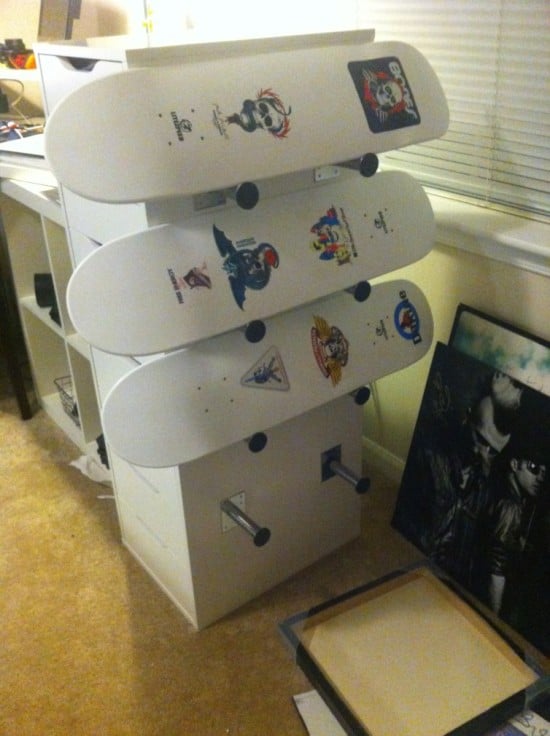 We laid the Alex on it’s side and began to measure, pre-drill pilot holes and screwed down the legs… the Capita legs are the right depth to rest the decks properly without them tipping over… and we made sure we used wood screws that would not break thru the wood, also we made sure the mounting height/distance would not interfere with the drawer functions. We used an entourage DVD case which measures 6.5″ wide as a template to get the exact same height between each leg. 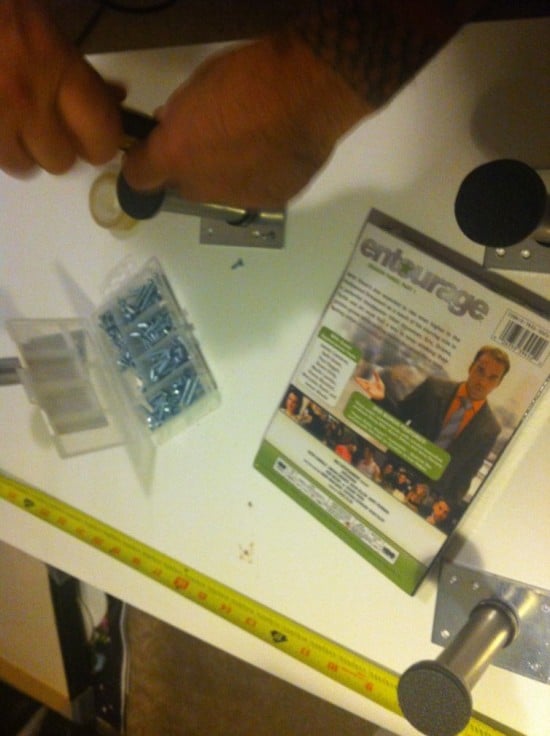 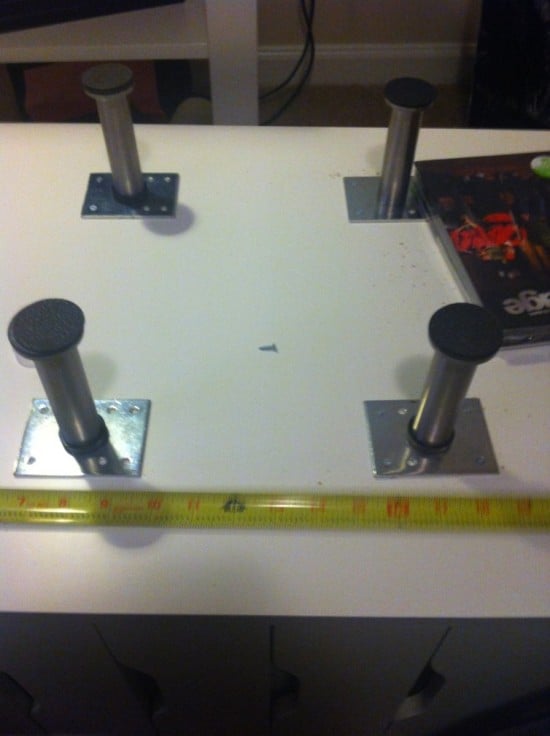 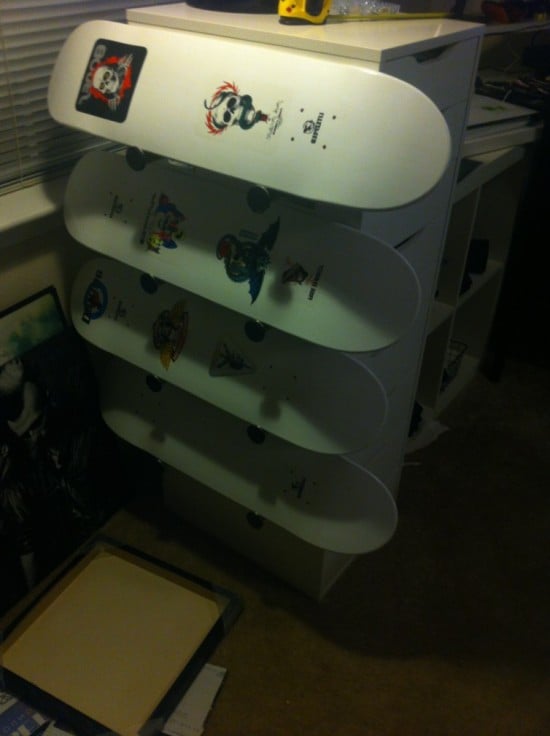 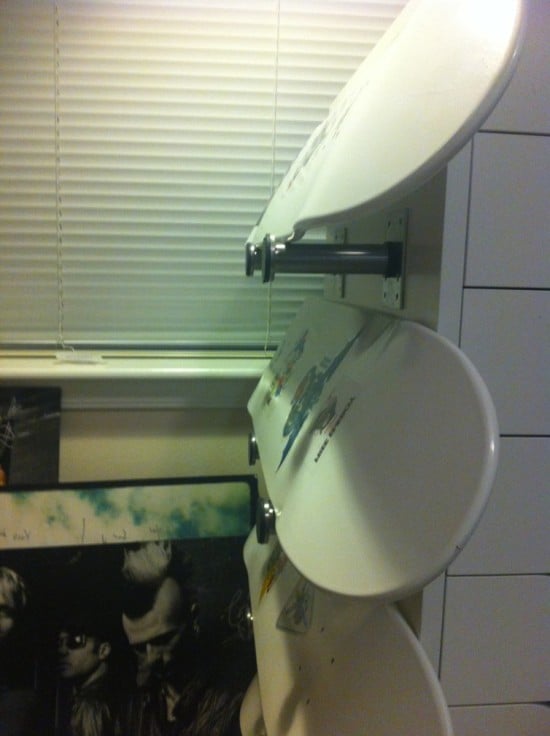 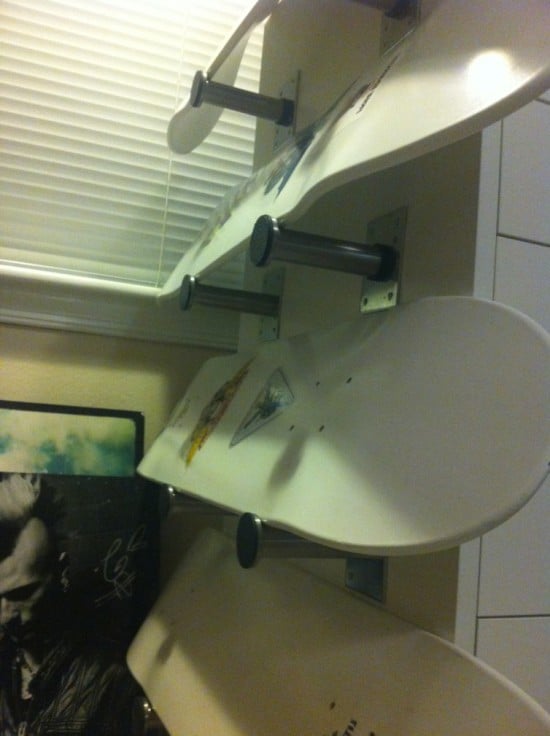 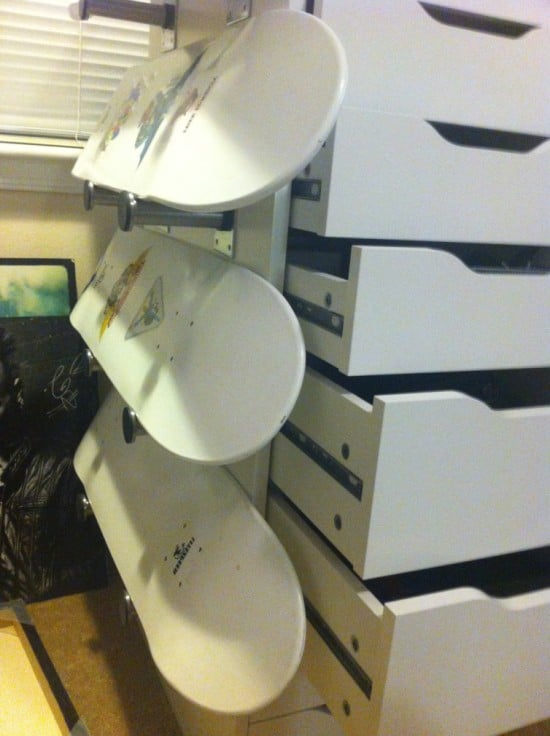