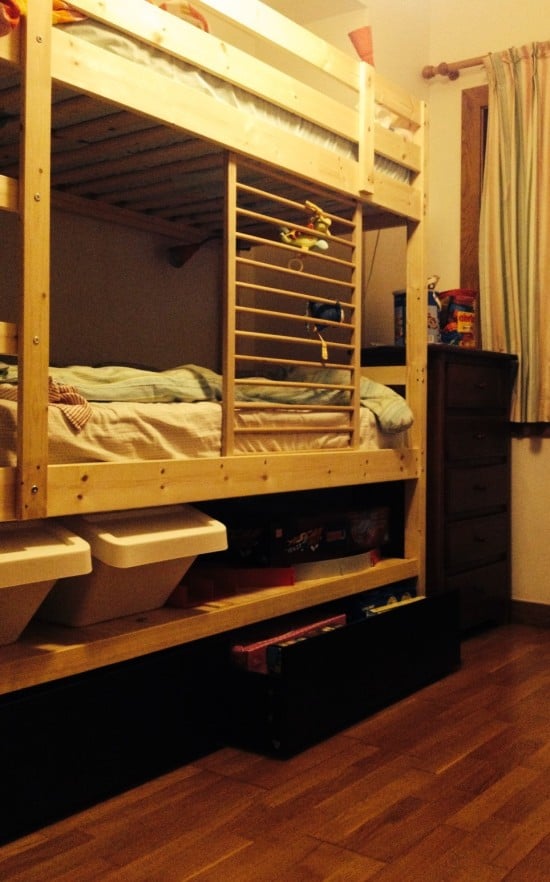 There is no perfect bunk bed for any room. Each room brings its own set of restrictions, and each person has his own requirements.

So did we. We have high ceilings and wanted to take advantage of just that. But space was still restriction.

So the solution was to pick a Mydal bunk bed, fit four new (and reinforced) feet with increased height, create a shelf beneath it and allow for a Malm drawer to be use underneath it.

The original bunk is 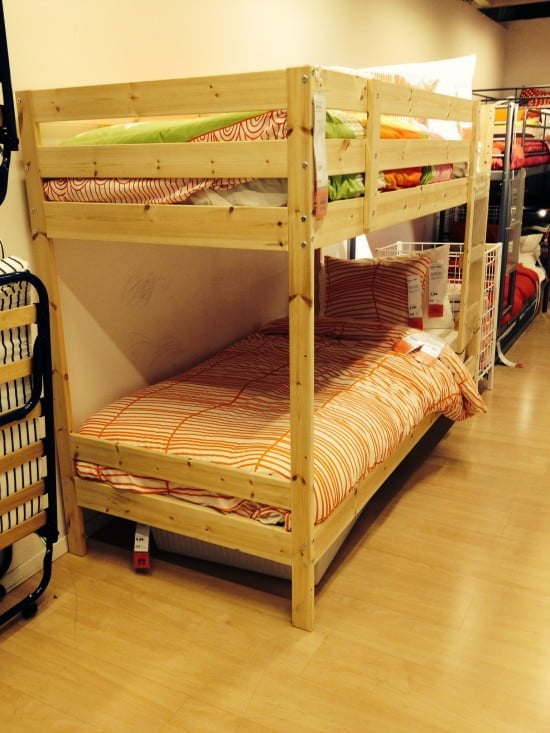 The chosen section was carefully selected to match the old feet width, but with larger depth. So a 44×68 mm was chosen instead of the original 25x68mm.

So here is the first trick: you need to be careful to mark your  holes so that each corner is correctly aligned.

I don’t have photos of the drilling itself, but here are some from the assembled structure 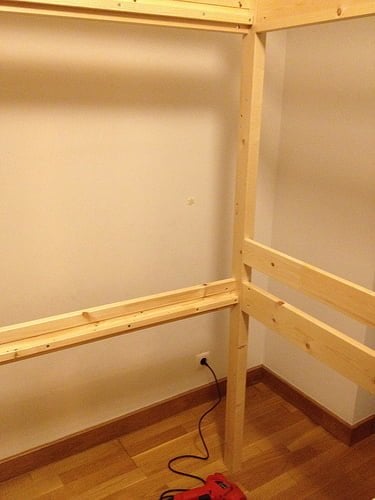 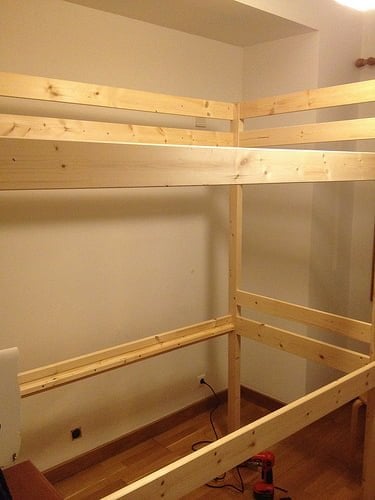 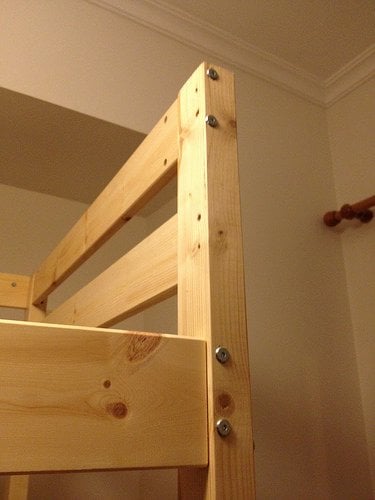 So this was the first step result: 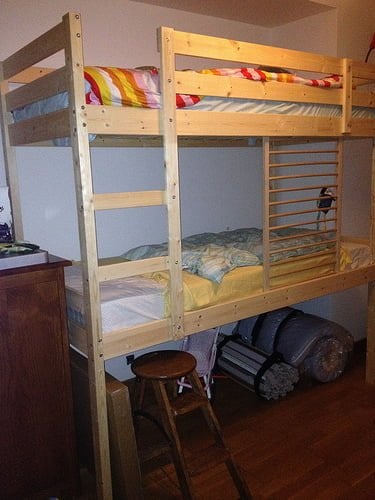 You can note the “fence”, that is actually a reuse from a Sniglar cot.

It was always our intention to include a bed-depth shelf and some underneath drawers.

So the first part was to attach the basis for the shelf: 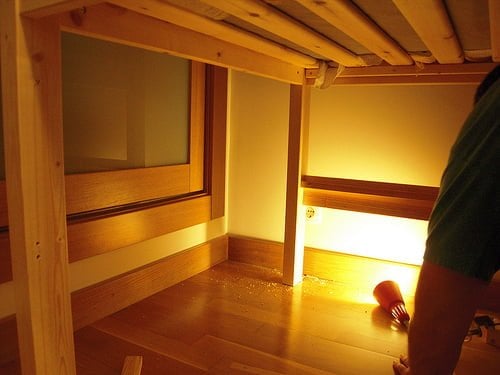 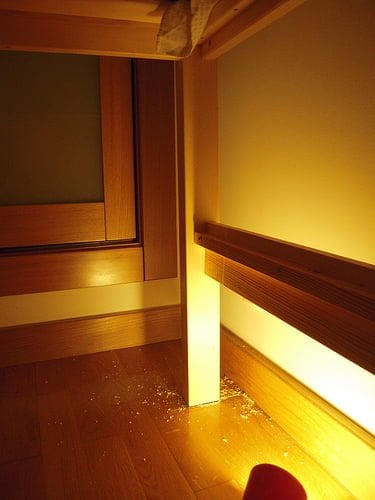 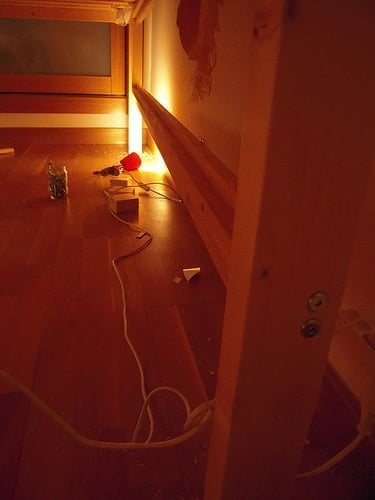 The picture Detail 6 and Detail 6.1 shows the front stand being assembled. The fact that this was a later assembly led us to use a different method to match the screw. I can later add mechanical details on the used screws. 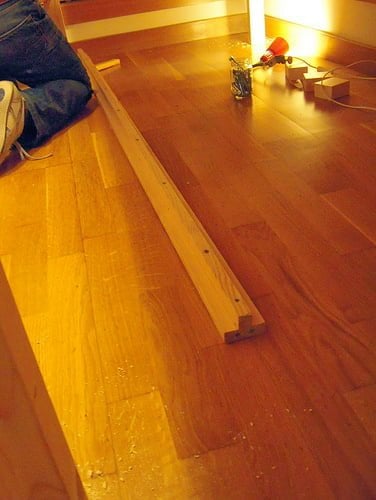 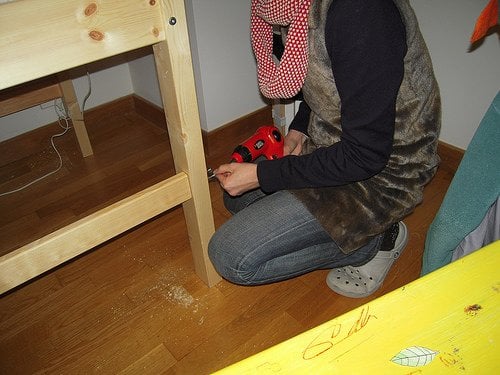 The next set of photos shows an assembled shelf and how the Malm drawers work. 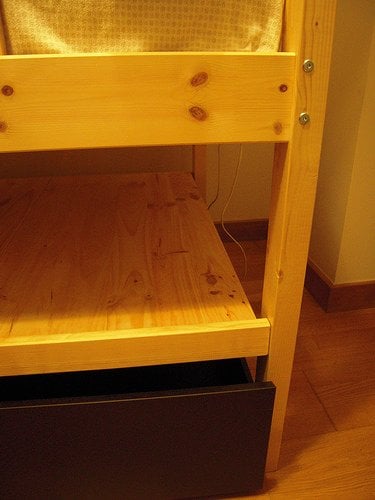 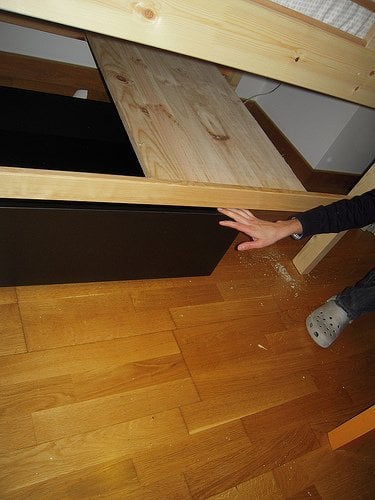 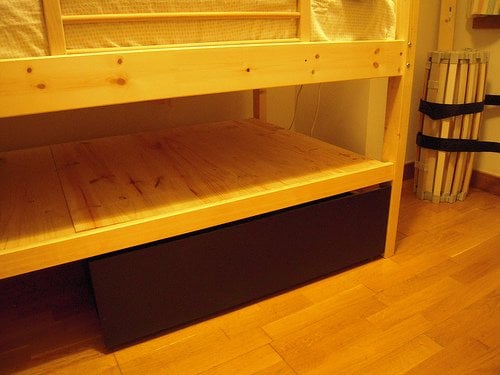 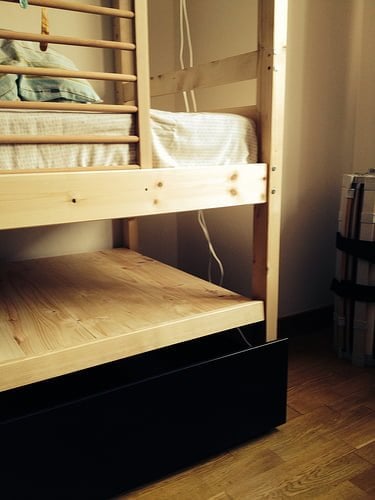 We still though that we need some sort of head and feet stands to increase security,

so we added it: Feet Stand. 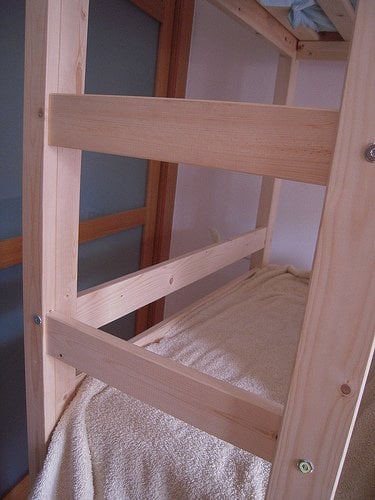 As always special care is necessary to where the new screws will end up. Or it might happen that they fall on top of existing ones.

In the end we got what exactly what we wanted, with nice finishing details and added functionality.