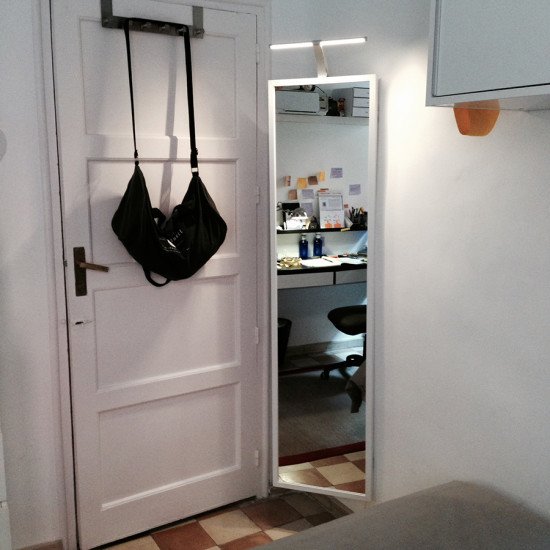 I do love large mirrors, moreover if I can afford them. So when ikea dropped the price of the Stave mirror I couldn’t resist buying one. Then, walking through the store, I saw the Ribba picture lighting on sale at 9.99€ and I though, would it fix on the mirror?

Well, of course not, but let’s give a try.

-The Stave frame it’s too big for the Ribba light gap (sigh)… But you could manage to put it at an angle that allows you to secure it with the drills that come with the light.

You can stop at this point if it is enough for you. However, I wanted a “built in” light on my mirror, so:

-Perform a hole at the side of the frame to place a new switch. I bought one on banggood.com for 0.69€, and a month of shipment (second sigh).

-Now, there are two ways to end:

–First one is to install the switch after the power transformer, and then plug the transformer.

-Glue the wires through the interior side of the frame to have everything neat and clean.

-Perform another hole at the bottom frame of the mirror for the main wire, so when the mirror is hanged doesn’t disturb.

-Hang the mirror on the wall and plugged it or install it directly to your home electrical circuit. 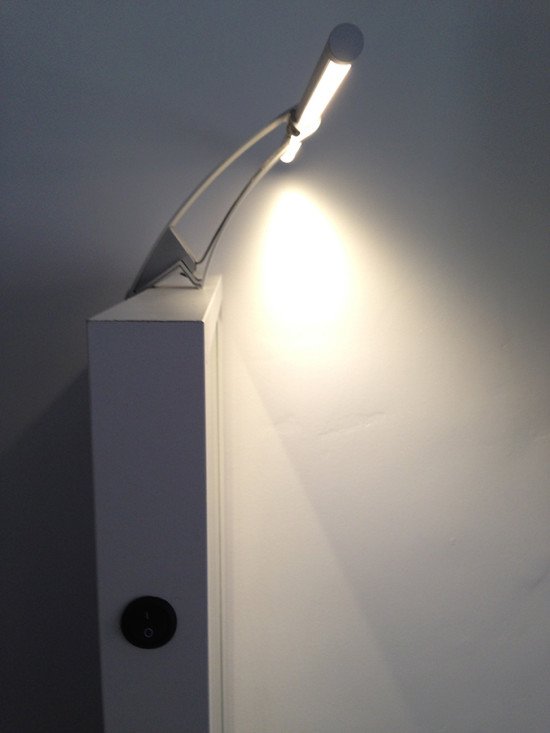 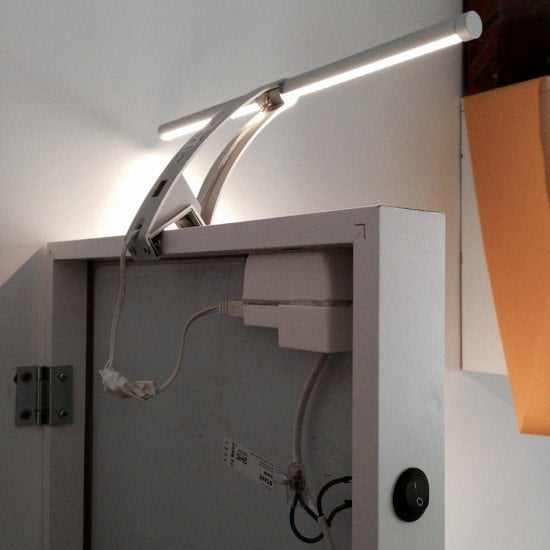 And now you have your own built-in-Ribba-lighting-Stave-mirror!