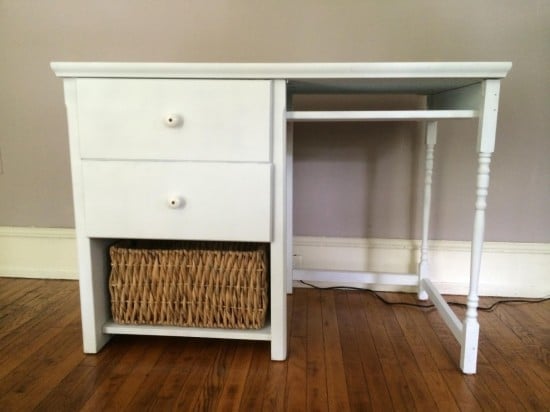 After learning I was moving into a house with some friends, my brother gave me his Ikea Markör TV cabinet that he no longer needed, and thinking I could use it as a wardrobe, I gladly accepted it. Unfortunately it didn’t really work out well, but as luck would have it, I did need a desk. So, the TV cabinet, meant to be a wardrobe, went through another transformation…. 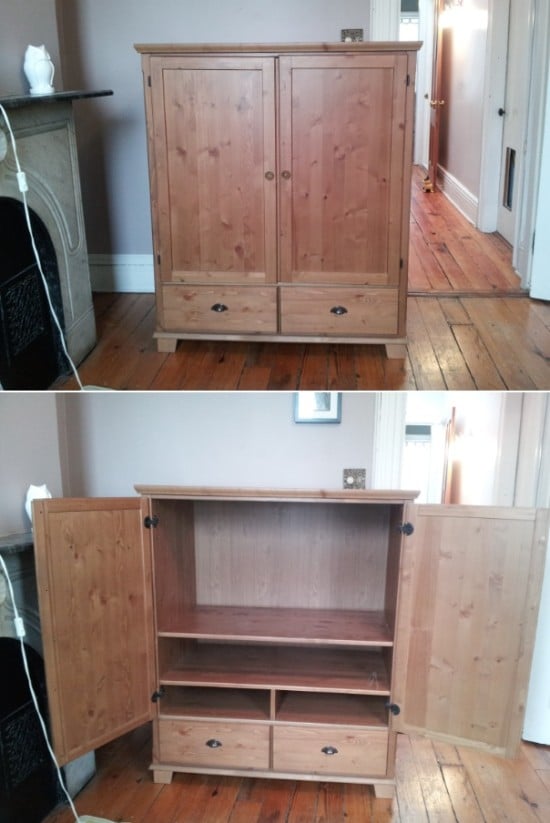 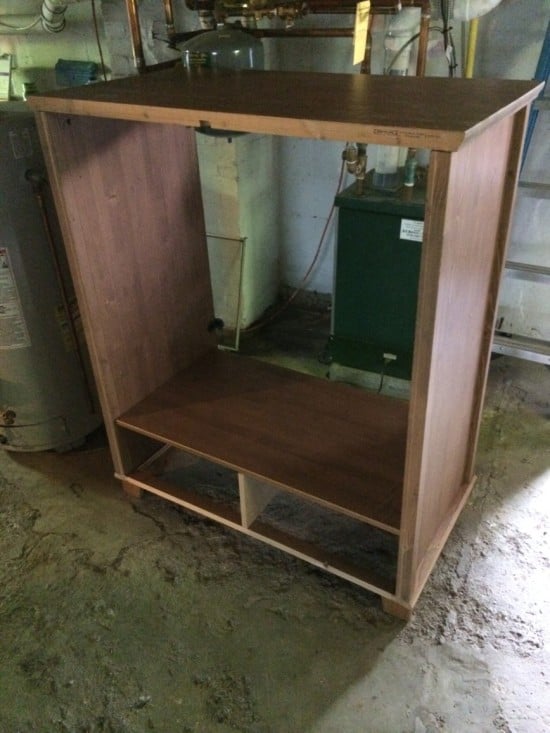 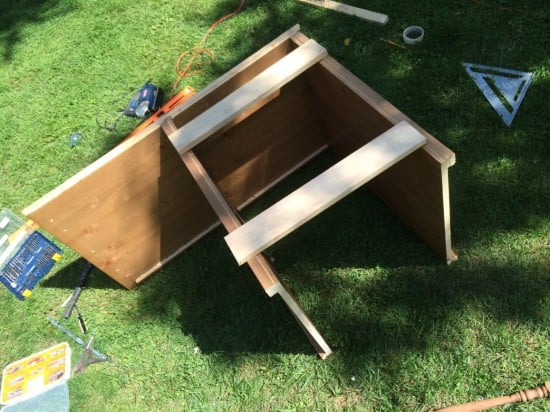 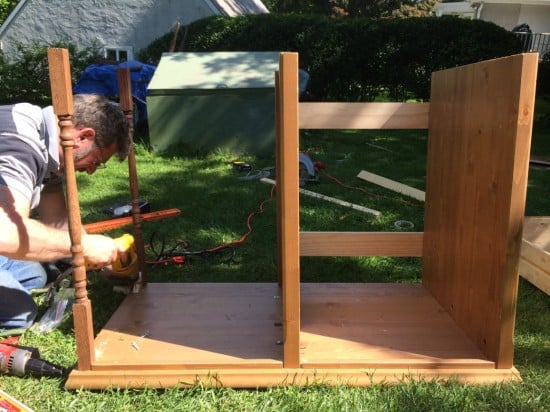 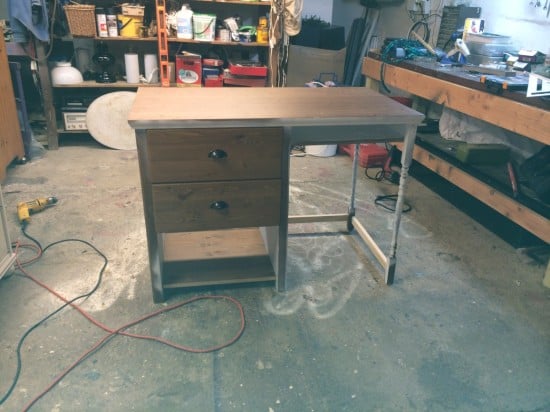 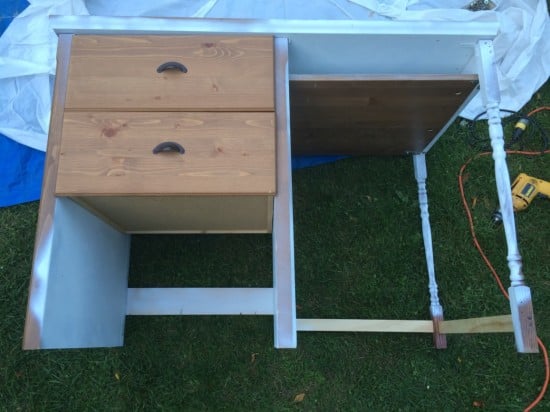 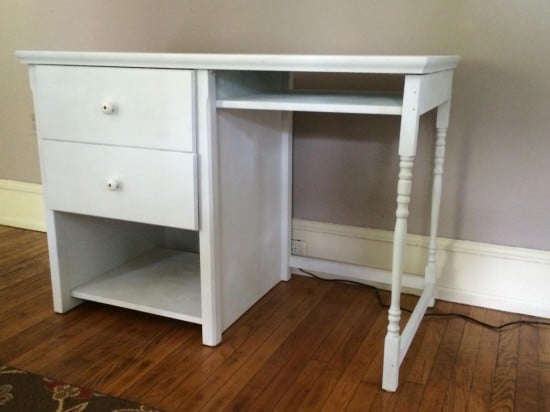 My dad and I cut it up and pieced it back together as a desk. The total cost, I am happy to say, came to be about $20 (paint and L brackets). The only other non-Ikea material we used aside from hardware and wood for the brace, were two balusters from an old staircase that my dad and I fashioned into legs.

We decided to leave the top the same size it was, and measured the height (about 32in) and cut the two sides down to match it. After drilling a few new holes, we attached the sides with the pegs and screws that originally came with the cabinet and secured them with L brackets for good measure.

Next, we added the two legs, which were originally balusters from an old staircase and braced them to keep them from wobbling. Then we added a small shelf between the middle wall and the legs to be used as storage for a laptop. This shelf is half of one of the original shelves from the cabinet.

Then came the tricky part: The Drawers. Taking the drawers and sliders, we drilled new holes for the sliders and attached the drawers in between the two walls. After that, we added the second shelf underneath the drawers which can be used for storage as well. Finally we took off the temporary braces we had attached and put the back on it and painted it white. It’s new home will be in a house in Philadelphia my friends and I will be moving into in August.