OK so I needed some under eaves storage for clothes in my new attic room. But I didn’t want a wardrobe at an odd angle following the roof line.

And … I didn’t want to lose any valuable floor area.

I thought I would build two chest of drawers underneath the purlin. Then, run a clothes rail between after seeing similar on here and Pinterest. 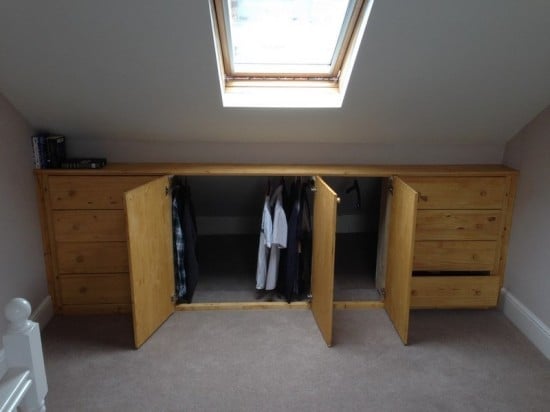 The main issue was the purlin was reasonably low. So, I knocked the stud wall down and brought the two hacked TARVA’s forward 25cm from the purlin.

This is half the width of your average clothes hanger, due to the purlin being the lowest point to hang the rail.

I only had 94cm height for the drawers. As a result, I cut down the TARVA by sawing off 11.7cm off the top to remove the smaller fifth drawer and screwed it back together.

Then, I fitted the chest of drawers underneath the purlin. I measured each of the 4 corners and cut the drawers legs exactly so they were wedged in position tight. Along with the serious screws through the TARVA top into the purlin, they are never going anywhere! 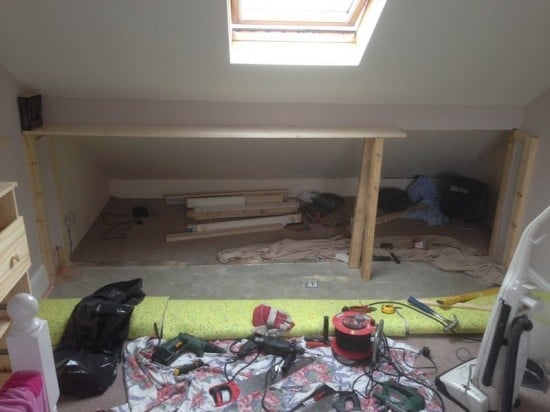 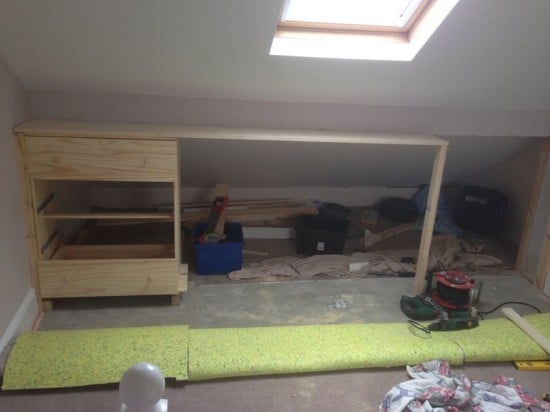 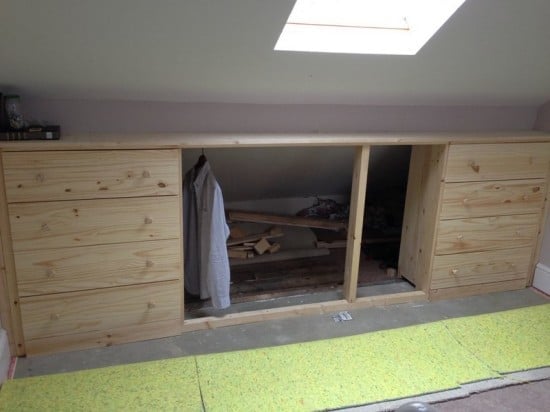 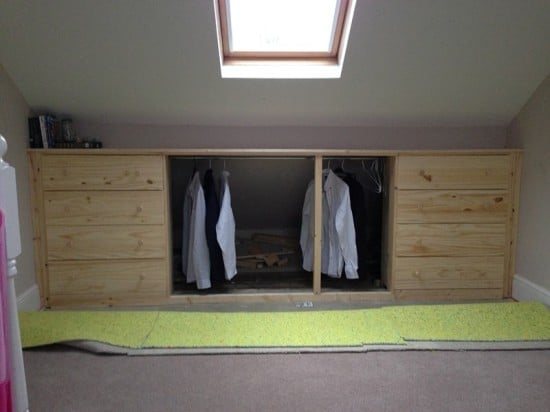 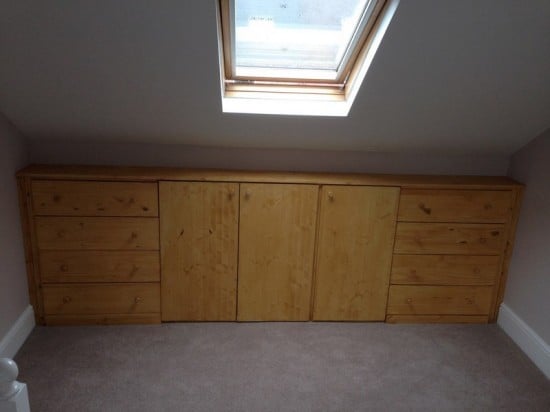 I then had another idea. I had intended installing a plasterboard surround at the top to create a more fitted look but it was going to be dead space.

So, I ran some pine furniture board across the top for a book case/ storage area, made a pine surround for the wardrobe section. After that, I bolted the clothes rail to the purlin and made some doors out of more furniture board (all cut by Arnold Laver for free).

As a finishing touch, I used Ronseal Interior Wax, Rustic pine. It’s more like stain but did the job.

The cost for my under eaves storage