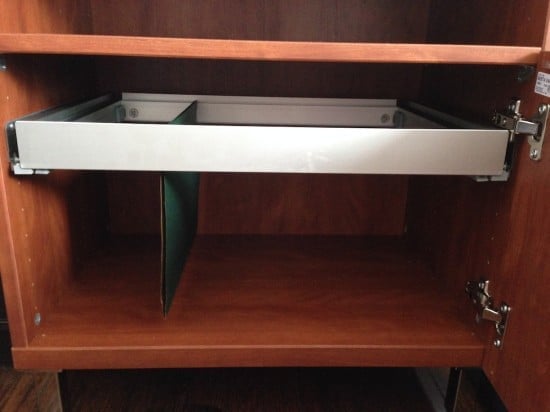 I wanted to put a hanging file drawer at the bottom of my Besta shelf unit behind a door, but the salespeople told me it wouldn’t work. The Besta pull-out frame is supposed to be used with a drawer front. They said the frame would hit the door or the door hinge.

But it look like it would fit if I mounted the pull-out frame below the top hinge. When I was putting it together, I saw that the file folders would probably drag on the bottom of the Besta. So I mounted it on the same hole as the bottom hinge mount. The frame slides out without touching the hinge or the door. 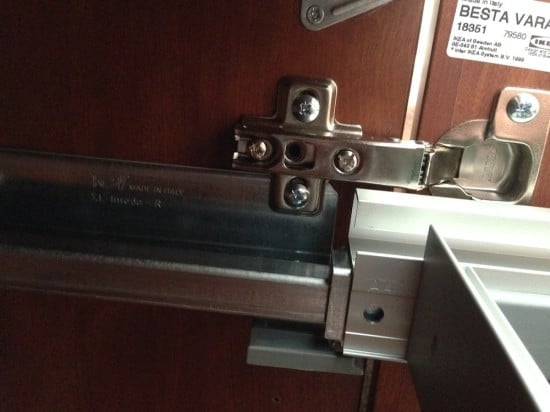 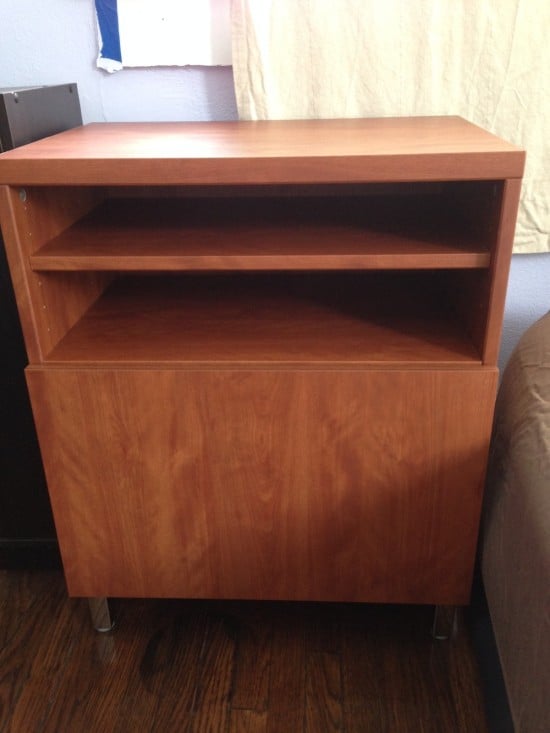 This did cause the door to be off-camber because the top and bottom hinges are mounted slightly differently. But they’re adjustable, so I adjusted the top hinge so the door was closer to the hinge side, and the bottom one so it’s farther. It’s straight.

I’ll put a couple of these together to use as a credenza behind my desk.